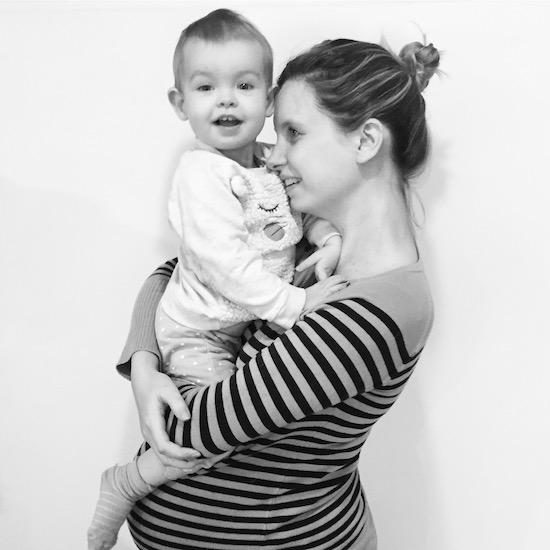 This is the biggest update yet, I reckon. Not in terms of length, but in terms of sudden developmental leap. I don’t know whether it was because we took two weeks off at Christmas and so perhaps we were more attentive to Angelica than usual (I mean, she gets a lot of attention anyway, but a lot of the time other things are going on, work stuff happens, you know the drill) but she just all of a sudden started to do loads of new things. It was quite bizarre, in a way, because it was so noticeable, and it’s never really been so obvious before – I could see changes from one day to the next! So, without further ado, here’s the Baby Update at 19 months.

Should really be toddler now, shouldn’t it, rather than baby? And she’s very definitely toddling. Steady on her feet, having a little run now and again, performing rather dexterous moves and picking up heavy-ish stuff to transport around the house. (I find things in the weirdest places.) Dancing is new, though: I must try and video it one day. I don’t know who she has been copying (me) but she does this crazy sort of voodoo dance and rolls her eyes back into her head whilst swaying her arms from side to side and twinkling her fingers like little starfish. It’s completely bonkers, but I get the feeling she’s been watching me mess about and it’s an amalgamation of “twinkle twinkle”, faux-rave and some sort of gospel sway. Whatever, it makes me laugh more than just about anything else I can think of. 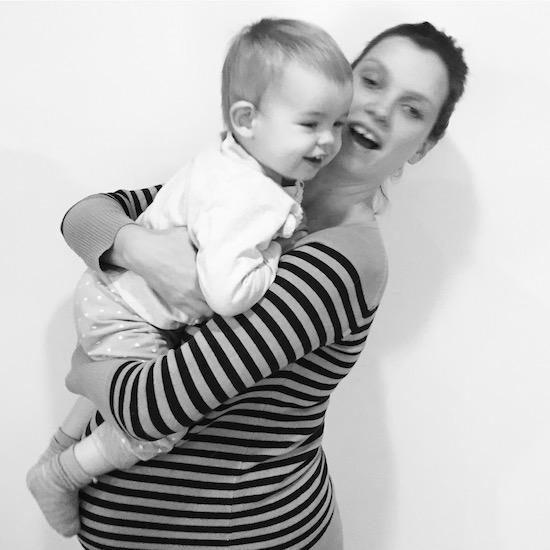 And we have words! And they’re not Dada or Daddy! She still stubbornly refuses to say Mummy, or even Mama (not once – not once I tell you) but she will say “Dexter” (sort of), “Fork” (sounds like “kwork”), “Shoes” which sounds exactly like “cheese” “fish” and “keys”, but she seems to know the difference between them and “bowl”, “balloon” and “ball”. “Bye bye” has been happening for a while, but now she says “bye bye” to everyone and everything, whilst waving or blowing kisses. She knows which noises dogs make, as well as ducks (bap bap!), horses, cows, sheep, monkeys, snakes (ssss) and pigs. Rabbits make a chomping noise, lions say “baa” but a bit louder than sheep, birds come under the same noise classification as ducks and cats, despite all of our efforts, are stubbornly silent.

Sleeping has been good, though I am LOATHE to write that as I remember when she was younger and I would jinx myself with these updates! Night sleep is from 7pm until 8am – I know, please don’t hate me, I am eternally grateful and sometimes it’s even 8.30am *hides* – and nap is from 11.30am until 1.30pm. Slightly odd timings, because lunch then has to be quite late, but she doesn’t have an afternoon nap and this all seems to be the way it works well, so we’re sticking with it for the time being…

Feeding has regressed a little, but only this week, so we’re not really sure what’s going on. Sensing something is about to change, with the arrival of the new baby? People keep asking if I’ve talked to Angelica about the new baby, but it just is a ridiculous concept – she barely knows what a baby is, let alone understand the idea that one could come and live in the house. I feel as though it would be akin to attempting to explain to her the concept of gravity, or something –  it’s just not going to happen. Anyway, after months of good eating (though any veg is a right pain) we have had to resort to trying about a million different things every mealtime and it is so boring. It really gets me stressed. Things get thrown straight off the high chair and onto the floor, and then the dog eats them quick as a flash and it’s frustrating (dog might have to start going in the utility at meal times) as well as plain annoying. On bad days I worry that she hasn’t eaten enough, but equally it feels as though I’m pandering to her if I keep trying various things – it becomes a weird game between us and I don’t think that meals should be playtime. 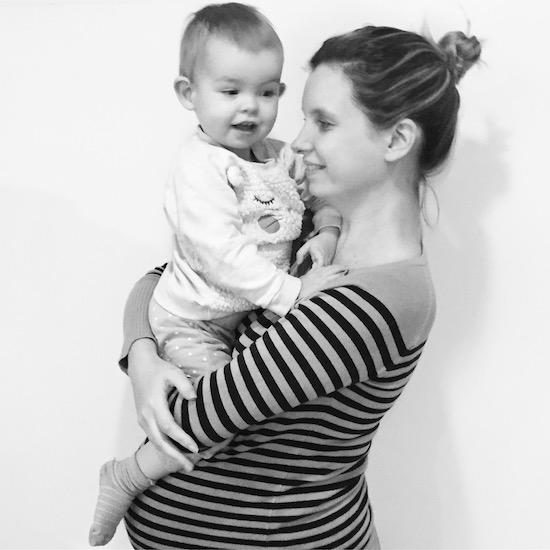 Talking of playtime – those have become a lot more interesting! The arrival of a wooden tea set over Christmas was great cause for excitement and Angelica spent days and days unpacking it, setting it out and packing it back up again. Weeks later and the little cups and forks and plates are still her most-used toys – we have a “tea party” with teddies and dollies most days and Daddy gets fed pretend berries and quiche, if he’s lucky, whilst I get a cup of imaginary water. Sounds about right, to be honest – God forbid I have anything fun to drink ever again. Play seems to have become much more dynamic and less random – I can sort of see how little stories and ideas are reeled out and it’s far easier to join in and not sit there dying of building-brick-induced boredom.

Have I been doing body updates? I think I said that the pregnancy diaries were taking care of that, but there’s been a shocker this week. I must write a post about it. I used a mirror to check my c-section scar, and that was all fine, but I hadn’t seen down there for a while and the bottom of my baby bump had HUGE purple stretch marks on it! With sort of shiny snail trail bits through them! I could have wept. There I was, thinking I was home and dry (I didn’t get a single one with Angelica) and all of the time they’ve been sneaking in through the side door, tunnelling in from below, working their evil under cover of darkness! Bastard stretch marks. I’m not sure I’ve been so diligent about oiling the underside, and maybe that’s why they’ve appeared… Anyway, I’ll maybe show you pictures if I can get my husband to take them, though he has resolutely refused to even look at the marks so far, so it’s not likely.

Right, more next time – and there’ll be a new baby in the mix. I’m thinking my amalgamated updates might be called something like Toddler, Baby and Me or similar. I had better get my thinking cap on at any rate, because I bet this next month will fly by!