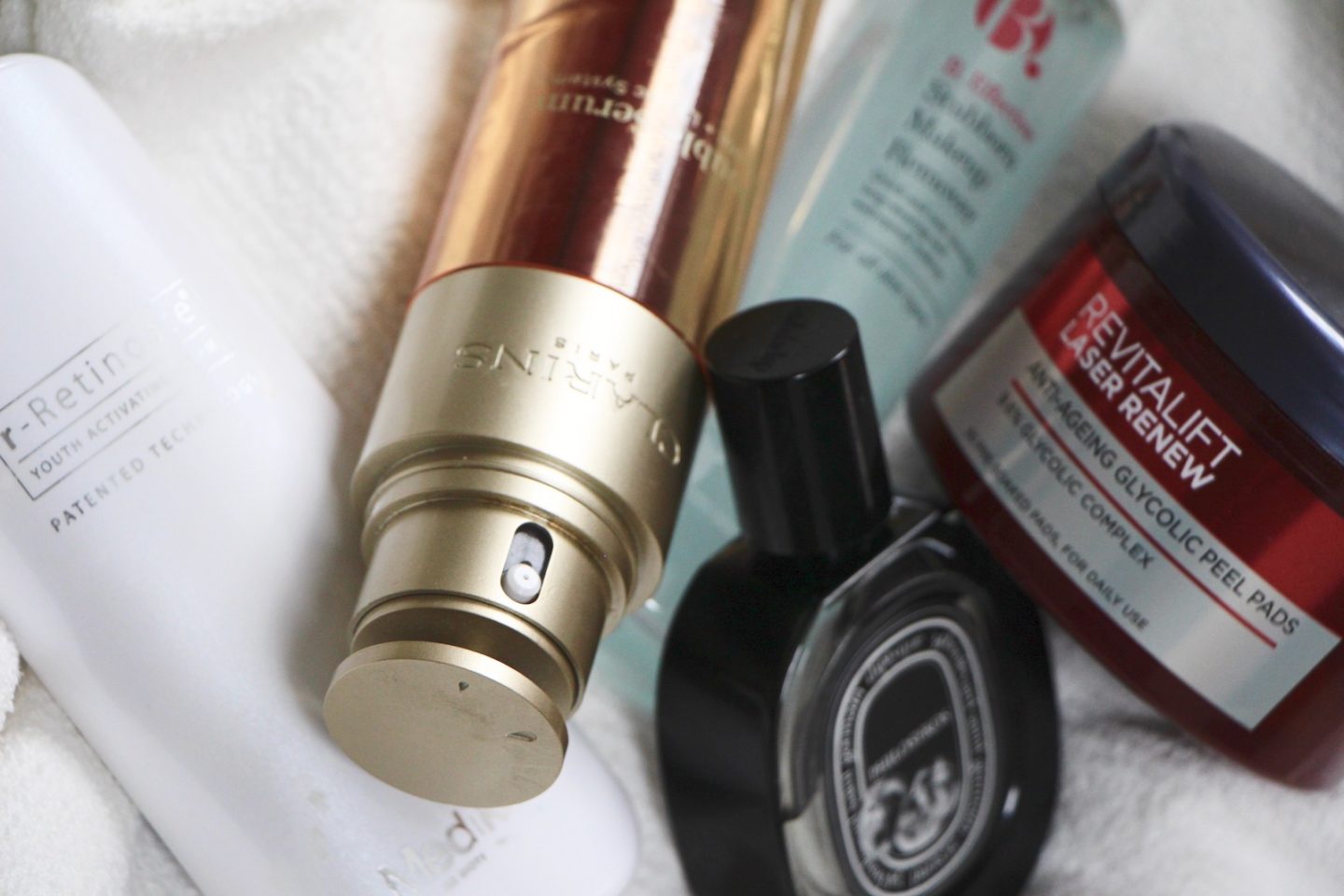 I’m going to do a bit more of a written accompaniment than usual to this month’s “most used” video; I filmed the video at my Mum’s whilst enduring a minor hangover (two glasses of prosecco, rock and roll) and there were some important things I forgot to talk about. Like the fact that Philosykos Eau de Parfum (£115 at Space NK*) is a fig fragrance, which is probably something that people would want to know. And the fact that it’s richer and woodier than its Eau de Toilette counterpart but no less addictive, that the fig leaf top notes still sing out loud and fresh, that it’s an excellent step up for lovers of the original version who crave a little more longevity to their scent. (The things you forget to say when you’re on camera! I should start scripting myself.) 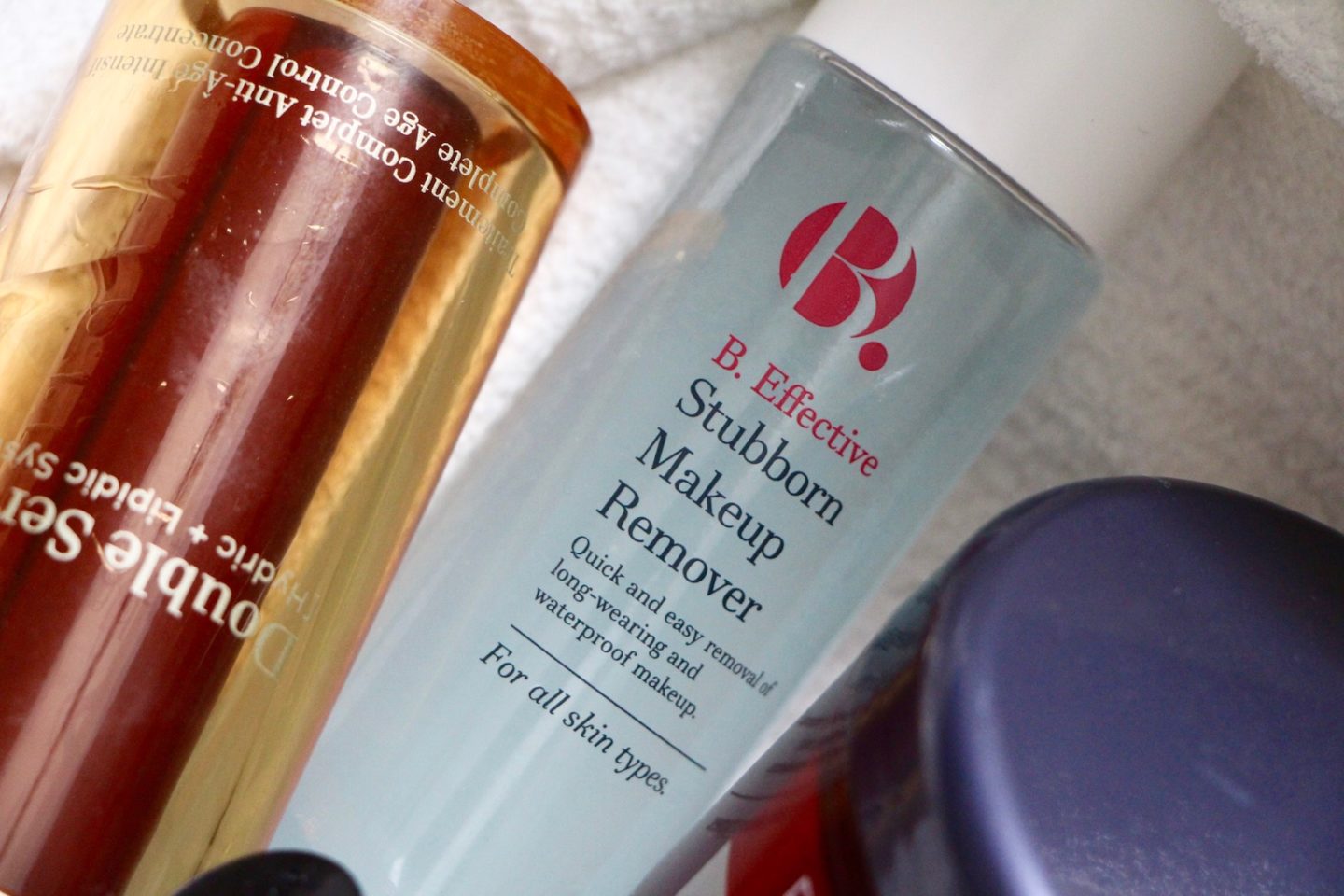 I also forgot to mention that Superdrug’s Stubborn Makeup Remover – currently £3.95 here* – is non-irritating and surprisingly non-greasy for such an effective little cleanser. Some bi-phase eye makeup removers annoy my eyes enormously, but this one feels quite gentle despite its heroic mascara-melting powers. 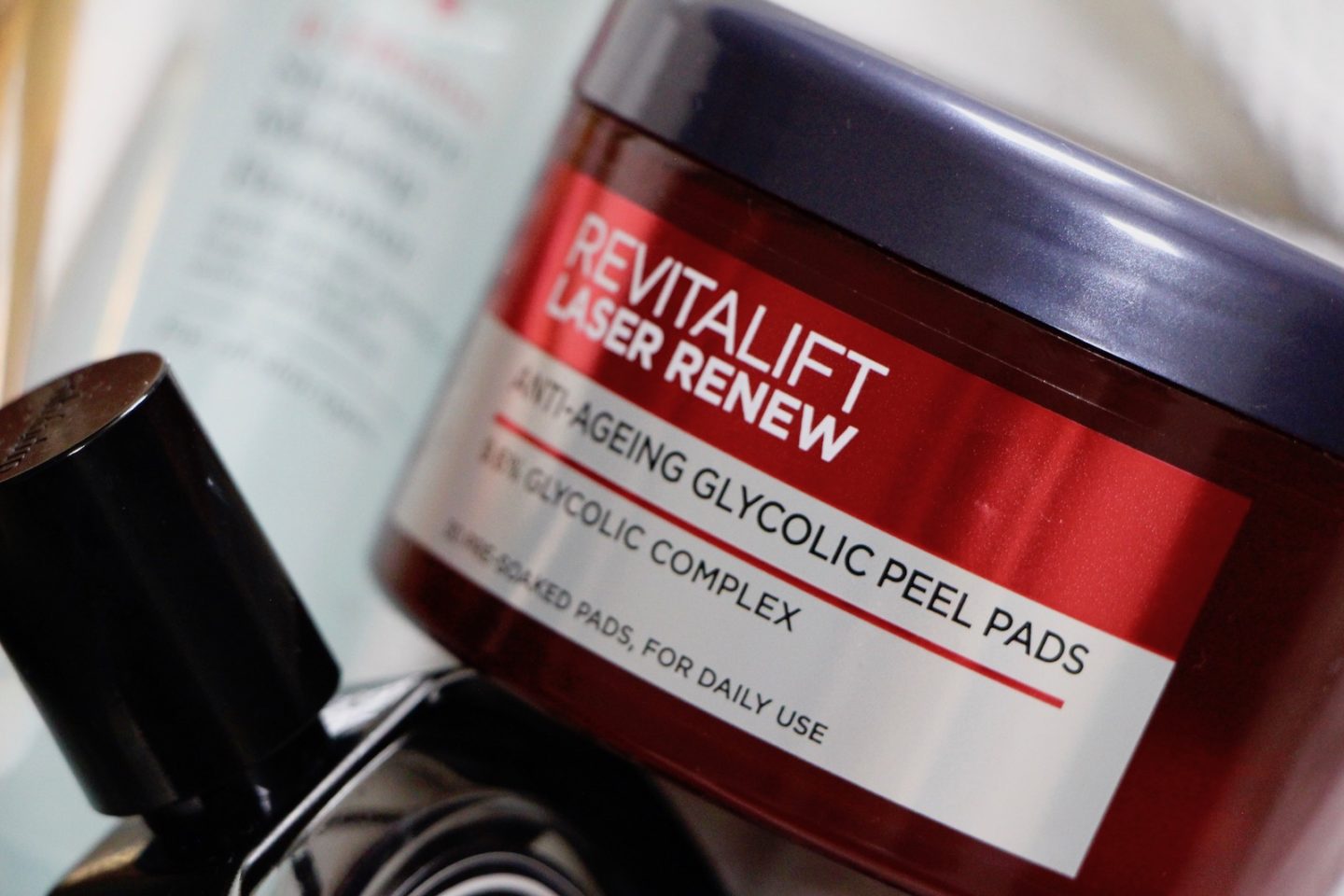 I used that makeup remover almost daily, last month, which was how it made it into my top five most-used: possibly the actual most-used, though, would be the Glycolic Peel Pads from L’Oreal. I was doing a sponsored challenge and agreed to use them every day and I’m a woman of my word so I did. You can read the results here, though please be aware that it’s an advertorial before you click through. 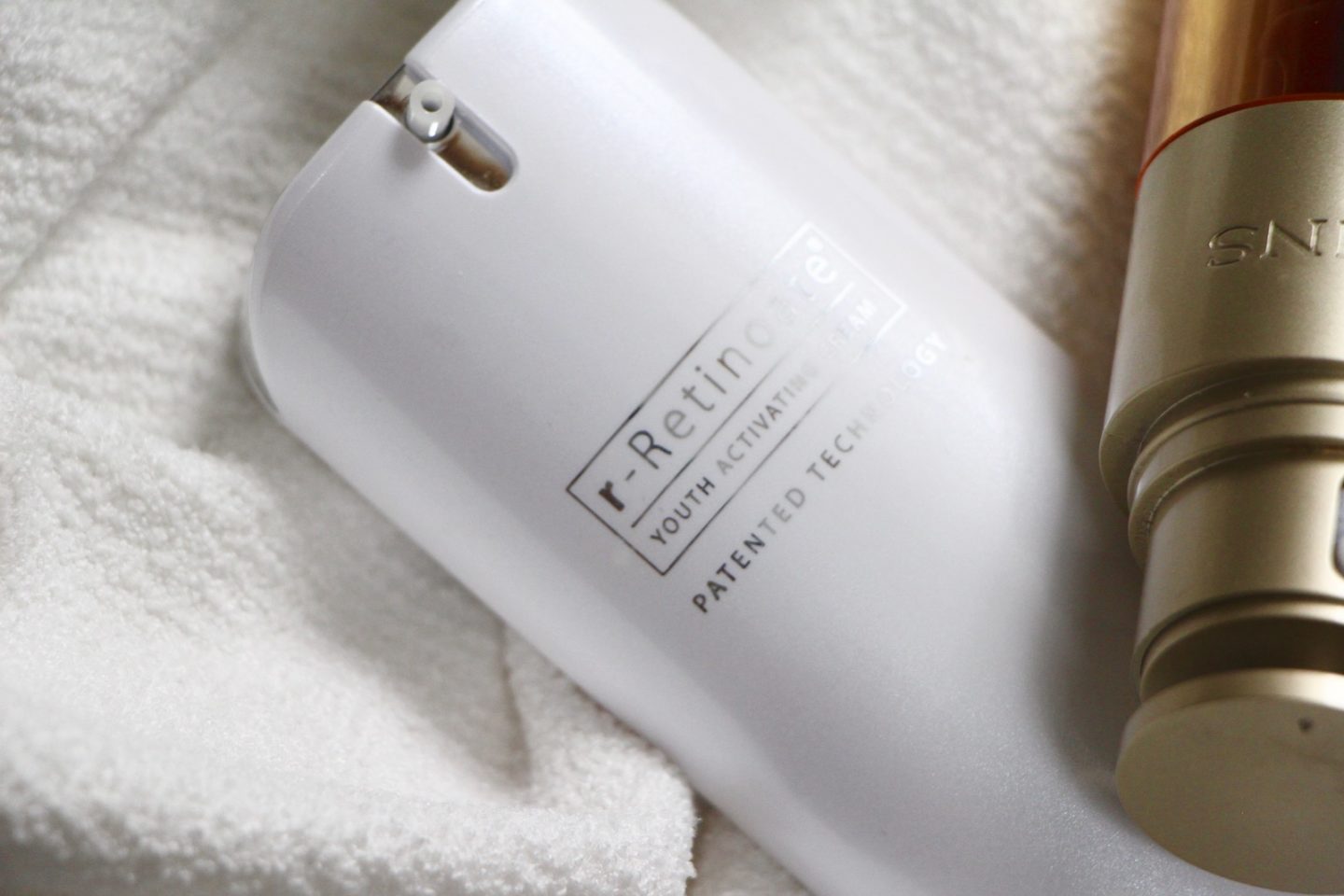 And if I had to tot up the evenings I used Medik-8’s brilliant r-Retinoate cream then I’d probably say 20-25 out of the 31. This luxury face cream is apparently eight times more powerful than retinol – with the strength of retinoic acid but without the associated irritation. I’m certainly a convert; no side-effects whatsoever and a definite reduction in the tired lines that were starting to creep in on my forehead and to the sides of my eyes. It’s £135, so most certainly housed in the luxury aisle, but there are hugely more expensive creams out there without any of this one’s credentials. I’d love to rave more based on results alone, but I feel I can’t without knowing the science very thoroughly and so I’ll be back with an update after I’ve done more reading around. In the meanwhile, there’s more info here. 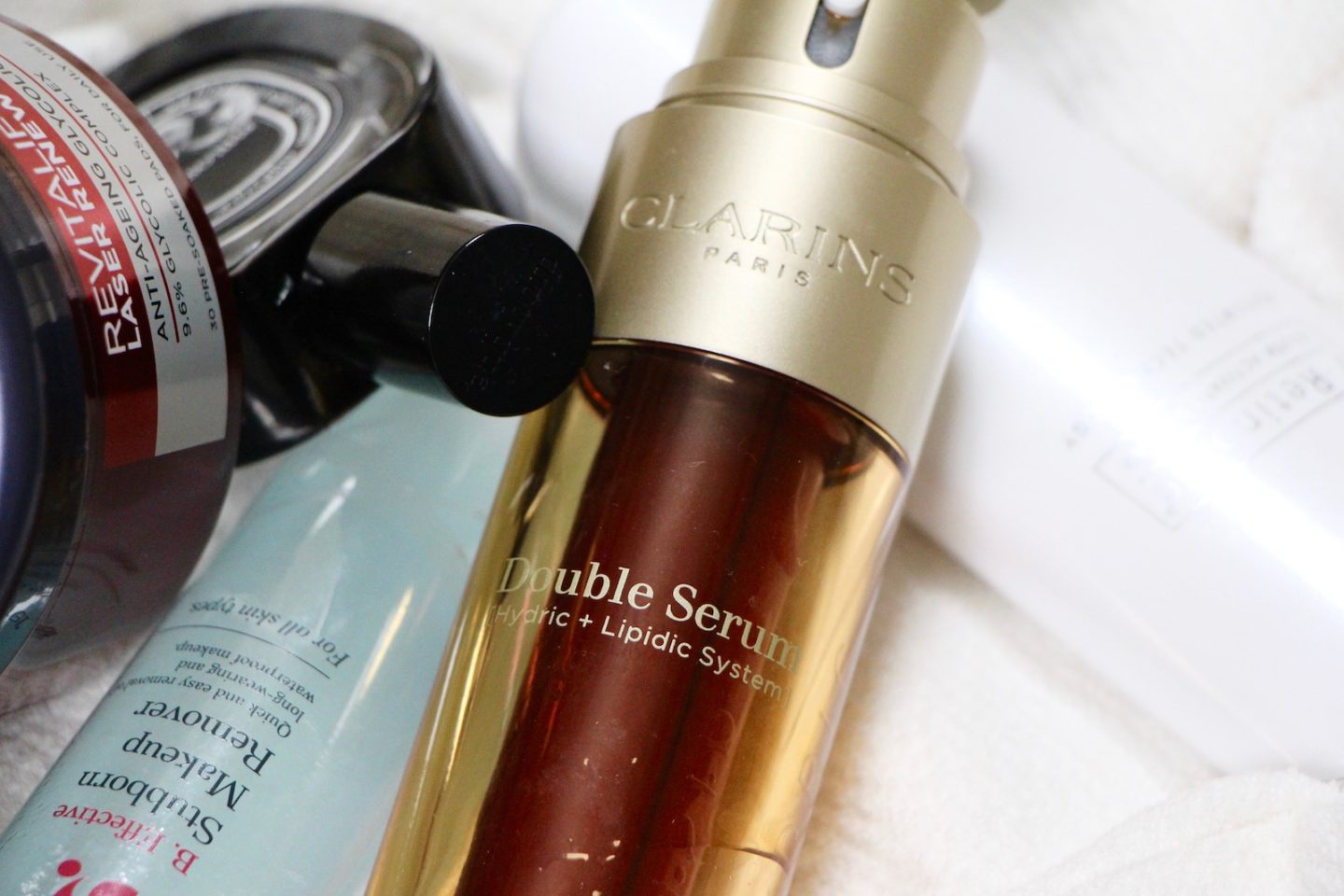 Finally, I’ve just managed to empty my Clarins Double Serum (find it here*) after what feels like eighty-four years of continuous usage. It just wouldn’t run out! Granted, I had the dial on the top of the bottle set to “half dose” but it was still enough to do my face and neck once a day and I’m sure I’ve been beavering away at this same bottle since last September. Anyway, I like it a lot; my Mum has been using it for ages but they changed the formula last year to switch out the mineral oil base and make some other excellent tweaks. It’s hydrating, non-greasy and suitable for just about everyone which is why I like it; for people totally flummoxed by skincare who just want something “that works” to spread on easily beneath moisturiser (someone pass me a punctuation mark for the love of God) it’s a solid, easy option.

Here’s this month’s Most Used video – do enjoy!

You can watch all of the previous Most Used videos here.