As this publishes onto the world-wide-web, I am in an aeroplane somewhere over the Atlantic, on my speedy way to New York City. I am in NYC shooting a hair campaign for KMS and it is all rather last-minute because I only actually cast for the job last Thursday! Things often happen in this manner in the modelling world and it’s something that you simply have to get used to. I can hardly ever give someone a definite date for dinner, or time for coffee, because more often than not, I’ll have to change it. This is probably an organised person’s idea of a nightmare, but I have grown accustomed to this haphazard way of living and it rarely becomes a true inconvenience.

Last Thursday was a very strange day, however. Stranger than most. My casting for the New York job was in Darmstadt, just outside of Frankfurt and I flew in and out again in a day. You would think that a day would be plenty of time to do this in, but you would be surprised at just how long it takes to do these blink-and-you’ll-miss-it trips. I left home at 7.30am and arrived home again at 7.30pm, having spent just three hours in Germany! All of the other hours were spent travelling, or waiting about in airports.

Because I couldn’t go on Twitter when I was in Germany, my iPhone saved the tweets as drafts, and so I thought that I would publish them here instead! So this is my day (Thursday 25th of November) in Tweets – I’m not going to add any explanatory notes, so some tweets might not make much sense. Some have pictures below them, some don’t. It all adds to the fun… 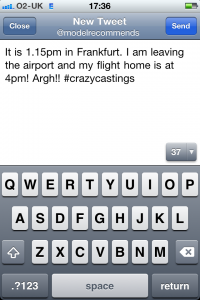 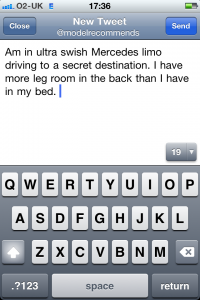 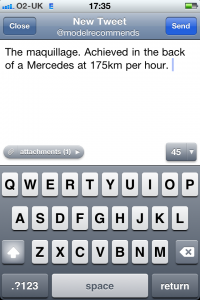 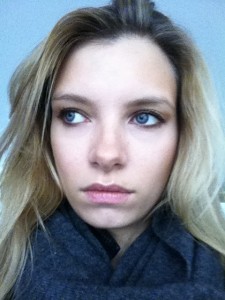 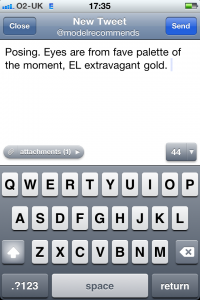 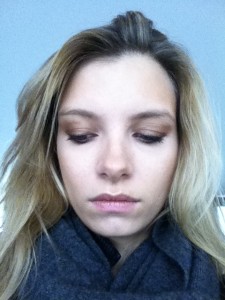 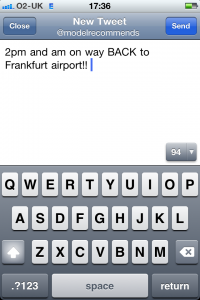 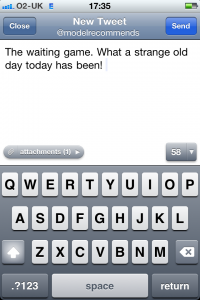 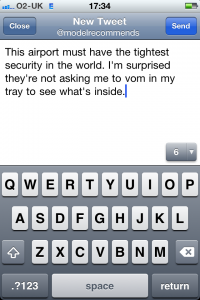 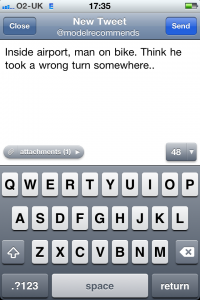 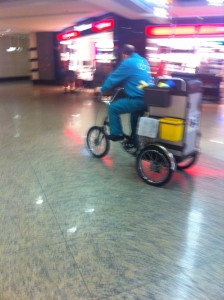 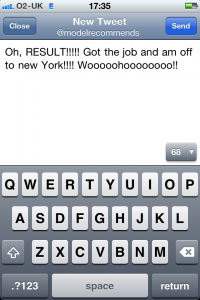 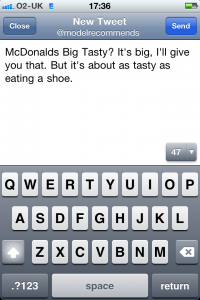 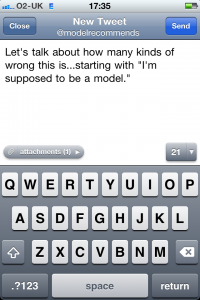 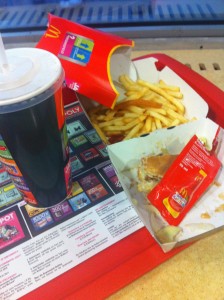 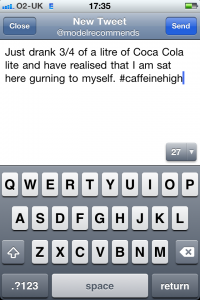 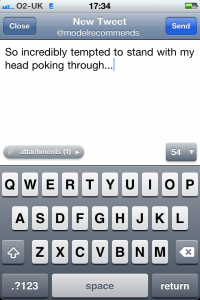 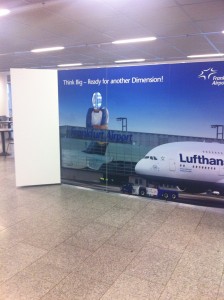 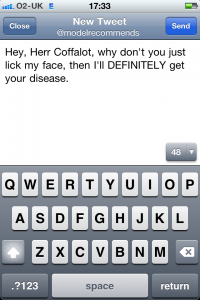 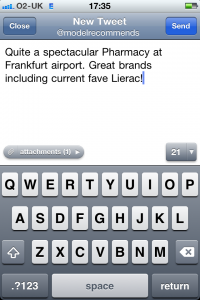 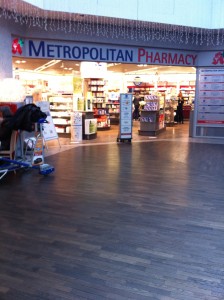 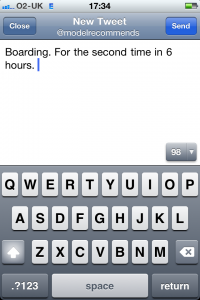 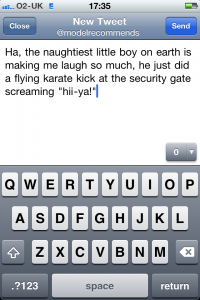 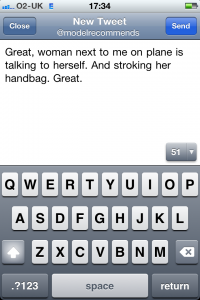 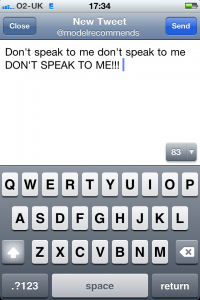 And that’s it. I then had a gruelling hour-long slight sat next to a woman who went to the toilet five times and then muttered to herself. If there is one constant in my travelling life, it is that I always get sat next to a weirdo. Always.

Anyway, the next time you hear from me (apart from scheduled posts) will be from New York!