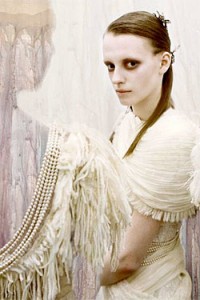 For any reader who has yet to hear about the complete backlash against MAC’s collaboration with fashion house Rodarte, I will briefly summarise; inspiration for the range was taken from a visit to Ciudad Juárez, in Mexico. Defining features of Ciudad? Factories with absolutely horrendous working conditions ’employing’ (if that is the word for what seems to be near-slavery) mostly women. A ridiculously high rate of instances of violence against women; hundreds have been murdered over the recent years, and they are often hideously tortured before their bodies are dumped.

This subject has been covered so thoroughly by bloggers is the last couple of days, that I feel I have little to add in the way of background; please click on these articles by MizzWorthy and BritishBeautyBlogger for much more detailed accounts on Ciudad Juárez. What I do have to add, however, is my opinion, and one from a model’s point of view.

This whole issue reminds me very strongly of the ‘Heroin Chic’ phase; not that I am in any way comparing the plight of the women in Ciudad to that of female heroin addicts, I’m talking about the totally irresponsible way in which fashion draws its ‘artistic’ inspiration. Glamourising suffering in any shape or form is unacceptable – and I remember as a ‘fresh’ new model, wincing every time a fashion team casually flung the phrase ‘heroin chic’ about when they were deciding on the look for that day’s shoot. I understand the argument that fashion is ‘art’ and therefore has ‘free reign’ when it comes to sources and inspirations, but I don’t necessarily agree with it.

There is something just fundamentally wrong and abhorrent about taking misfortune and using it to feed the world’s hungry vanity; who wants to wear clothes modeled by emaciated ‘junkie-inspired’ girls, with ribs popping out and hip-bones jutting like halved saucers? Who wants to wear a ‘blood-streaked’ eyeshadow (see photo) that was ‘artistically born’ in a place where streaks of blood are a common, nightmarish reality? These fashion ‘looks’ have deep associations with the pain and misery, and that, for me, is totally unacceptable.

This is not a ‘trend’ that I would want to sport, I think that I would  find it deeply unappealing even if I had no idea of the issues surrounding it. I understand that fashion has to constantly reinvent itself and find something ‘new’, and that not all models can be made to look healthy and happy, but personally – and professionally – healthy and happy is my preference, and I think it always will be. Issues such as Ciudad cannot be ignored, but glamourising them in the name of ‘beauty’ is not the way to draw attention to them.

My apologies if you feel I have left anything out here, but I do think that this issue has been covered quite fully by other bloggers – I’m just adding my own feelings of absolute disgust and, if truth be known, bewilderment. Bewilderment because once again, I cannot fathom how ideas such as these get discussed and ‘story-boarded’ for months without a single person raising objection. The silencing power of money, perhaps? 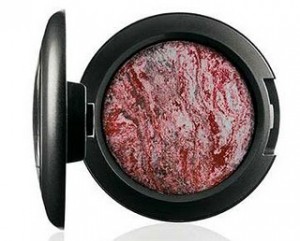