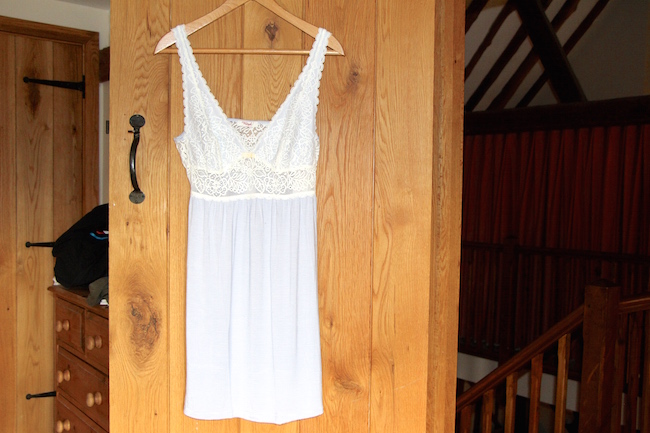 As my pregnancy progresses (30 weeks and counting!) so my affection for nightdresses grows. I’ve never really been that into nighties, partly because they’re called nighties but mostly because pyjamas are easier to stay in for the entire day. Should you feel the need. Which, if you’re a freelance worker, is often.

There’s something marginally acceptable about remaining in your pyjamas for a good proportion of the day; not so much a nightie. Answering the door to the Fedex driver wearing star-print pyjamas is OK- they just think you’re lazy, and really, pyjamas are just one step down from wearing a tracksuit – but answering the door in a lacy nightie? It’s all very scant and exposing. It makes you feel as though you’re starring in your very own low-budget adult movie.

Anyway, as mentioned, since my bump has begun to grow at an unstoppable rate I’ve become a lot more enamoured with the idea of wearing a nightdress. I like the coolness of it and the feeling of freedom. I don’t get tangled up in my various layers when I try to roll over in bed (a mammoth task, let me tell you!) and the draping of a nightie is far more flattering on a pregnant body than a pyjama shirt could ever be. 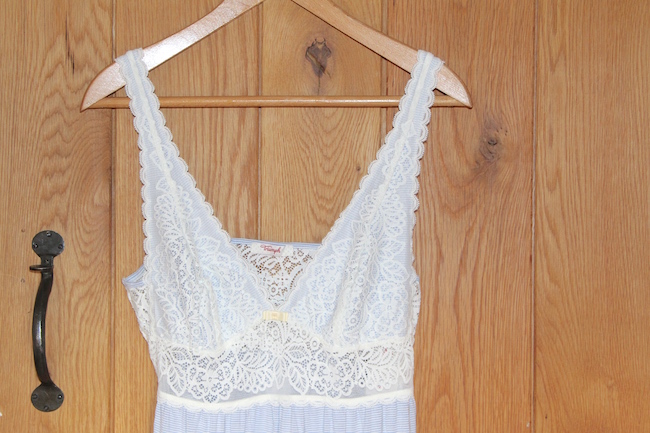 Latest nightdress acquisition? The “Amourette Spotlight” from Triumph. Quite lacy and sexy on the bust but very wholesome and pretty on the lower half. I discovered the Amourette range at a launch for Triumph’s fuller cup bras last week; it’s one of their bestselling lingerie styles and comes in loads of different bra types and colours, all of them beautiful and lacy. (More on those soon, I’m planning a very lengthy and ambitious bra post!)

The nightdress is a lovely addition to the range, comfy with a hint of seductiveness. How much longer I’ll actually be able to wear it for is anyone’s guess, but I’m definitely getting my money’s worth out of it at the moment. (It is starting to look a bit…er…short at the front, but that’s only to be expected.)

You can find the Amourette Spotlight at Triumph here – it costs £34. Take a look at my other nightie post, too, if you like pure, understated cotton things: La Maison De Senteurs