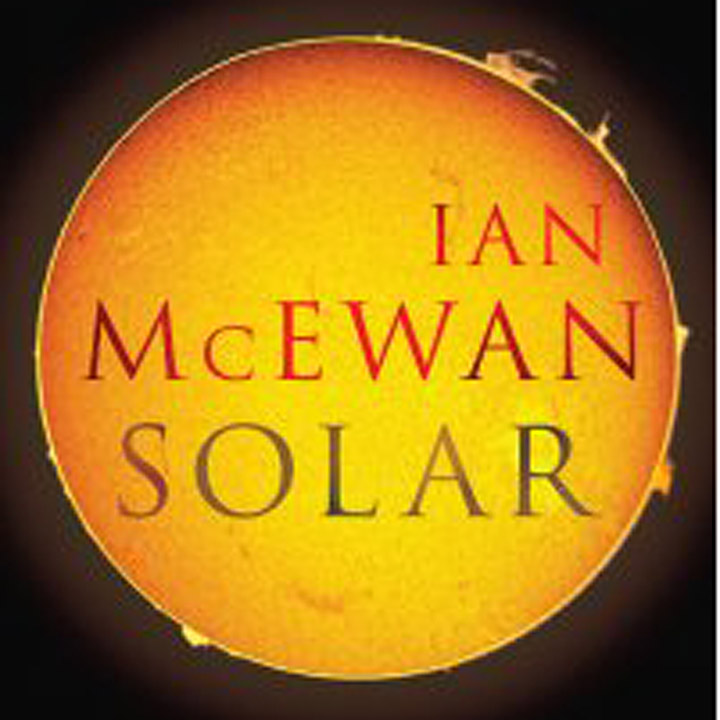 I suppose I should just say that this is a book review, but it’s not, really. It’s most definitely an audiobook review!

I’m a voracious reader – I get through a couple of novels a week at least – but for the past year or so I have become quite enamoured with audiobooks. They are great for when you’re on long car journeys (my first audiobook was downloaded when Mr AMR and I were driving to the Isle of Skye on our holidays) and brilliant for listening to on the bus or tube. Listening to an audiobook isn’t like having background music on – you really have to concentrate! But it’s well worth the effort. Very relaxing, I find – unless the narrator has a particularly annoying voice!

I finished listening to Ian McEwan’s novel Solar at the weekend. Thankfully the narrator had a voice that was far from annoying – Roger Allam had just the right semi-pompous tone to carry off the sometimes ludicrous story of Michael Beard. Middle-aged Beard is a bit of a has-been scientist and a complete disaster-magnet – at times the narrative made me wince with discomfort, especially because Beard is often so unaware of his failings. He’s an overweight, gluttonous drinker with little consideration for anyone but himself, but I grew to love him over the eleven-and-a-bit hours we spent together.

Listening to an audiobook takes a novel – for me, at least – onto a slightly different level. Although you’re still processing the information and making your own decisions about how you feel about characters and so on, you’re ultimately being read to. It’s almost like being a child again – sometimes it’s difficult not to drop off!

Anyway, I’d give Solar a thumbs-up. It’s definitely a character-based novel rather than one that’s plot-driven, though there is quite an engaging storyline. There are moments of sheer comic genius – listen out for the part when Beard thinks that his penis has snapped off when he takes a pee in sub-zero temperatures! Brilliant.

I have a subscription to Audible for my audiobooks so I download one every month. I have been toying with the idea of doing a monthly audiobook review – what do you think? I’m definitely going to be doing a monthly book review too, but do you like to listen to your books? We could open up the comments as a discussion board for a certain amount of time on a set evening…a bit like a forum. Let me know!

Audible are offering A Model Recommends readers a 30-day free trial. If you fancy giving audiobooks a try, then click on the link below! The first audiobook for discussion, if you decide that this is something you’d like to do, will be “Pigeon English” by Stephen Kelman. So that’s an idea for your free book if you fancy joining in!