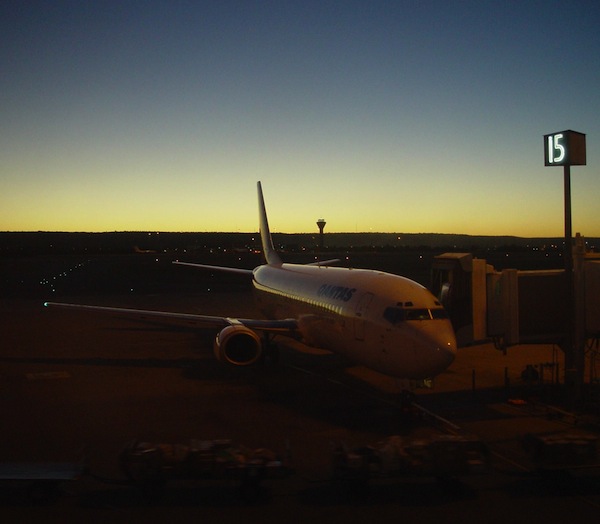 Why, why, why do we all feel the need to book flights at the most ridiculous times in the morning? Quite often I find myself getting up at 5am, 4am (even 3am!) to catch a flight. It’s inhumane, I tell you! Most of these times it’s because I’m flying to do a shoot and they need me there for the start of the day – so taking time-zones and taxi journeys into consideration, you need to leave at least four or five hours to fly to a European destination. This is understandable (but STILL HIDEOUS!) as people have budgets and can’t necessarily pay out for hotels and what-not just so that I don’t have to get up early.

HOWEVER. Over the last few years (since the invention of the ‘no-frills’ flight) I have found myself booking these ridiculously early flights when I have the choice not to! What kind of sadist am I? I mean, who wants to start a holiday by getting up at 3.30am? With bad breath and a headache, an expensive taxi ride to the airport, a gross, flabby egg sandwich instead of a proper breakfast? Who wants to arrive at their ‘fun times’ destination completely and utterly knackered, and, instead of heading to the beach, be forced to collapse under the air conditioning, awakening at 9.30pm to feel depressed about the wasted day?

And why, I ask you, do we book these early stupid flights? I’ll tell you – to save money! Hands up here who hasn’t played the Ryanair combinations game? Finding the cheapest time on the cheapest day from the cheapest airport? Fly to Dublin at 6.07am on a Sunday from Luton airport and – here’s the ultimate irony – save yourself EIGHT POUNDS AND SIXTEEN PENCE! Yes, you too could be on the most obscure flight out of here with just a crappy saving on the fare – but at least you’ll feel like you’ve had a bargain!

I’m a major culprit for this fare slashing game – I have been known to take a 7am flight rather than a far more reasonable 11am flight just to save myself a tenner. It’s weird, because in any other area I am NOT a penny-pincher – I just think that those internet forms are designed to make you want to save as much money as possible. It’s addictive! You can even end up changing your holiday destination according to flight prices – “darling! It’s a whole eighteen pounds cheaper to fly to Magaluf! Cancel Mykonos would you? Yes I know it’s booked, but Easyjet have two seats left on the 5.05am out of Aberdeen!”

Because that’s the other thing, isn’t it – we also choose random airports because they’re cheaper, don’t we? Or at least I do. Mr AMR, who lives with me in London, which has three very busy airports, has flown abroad with me from Bristol airport, Manchester airport and Birmingham airport. All to save a paltry amount of money.

Well I’ll tell you this for free: it stops from now. I have broken the cycle. Recent extensive research shows me that there is hardly any difference in price between no-frills early flights and all the rest of the flights available. Because once you’ve added on the cost of a taxi (let’s say fifty quid) and the cost to check a bag in (let’s say twenty) and the cost of your sanity (one hundred?) there is hardly a financial incentive whatsoever. One day I shall back this statement up with actual figures, but for now you’ll just have to trust me. The next time you go flight-hunting, check out BA.com and BMI and see what they come up with – you may be pleasantly surprised!