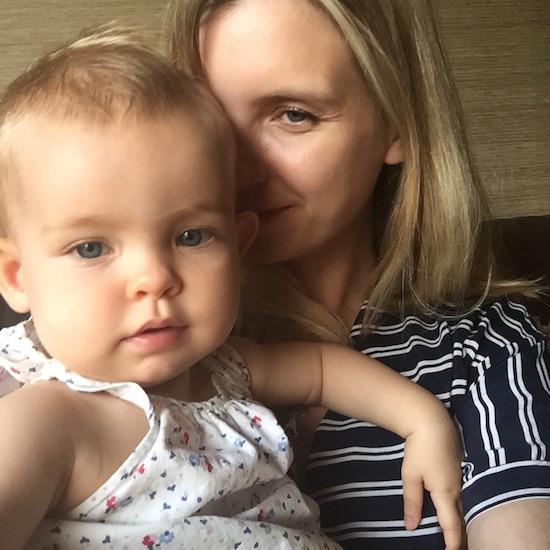 Every time I log in to write one of these updates I think to myself please let me have uploaded something since the LAST update post! Time just goes so fast. All my working hours seem to get sucked into A Model Recommends. But change is afoot, dear readers, for I am planning a big re-shuffle and will be dedicating a proper proportion of my time to writing for The Uphill. And not just writing, but….well. It involves a video camera, that’s all I’m saying. Stay tuned, more news in the next 24-48 hours!

Angelica is very nearly walking. Nearly. I’ve been trying not to get all worked up about the fact she’s not there yet, because some people’s babies I know who are the same age have been walking since they were one and it’s easy to start feeling paranoid and comparing development rates. But I’ve been assured that all is normal. Selfishly, it’s easier for me that she’s not walking (or running!) and so I’m taking friends’ advice and enjoying the relative peace while I can. 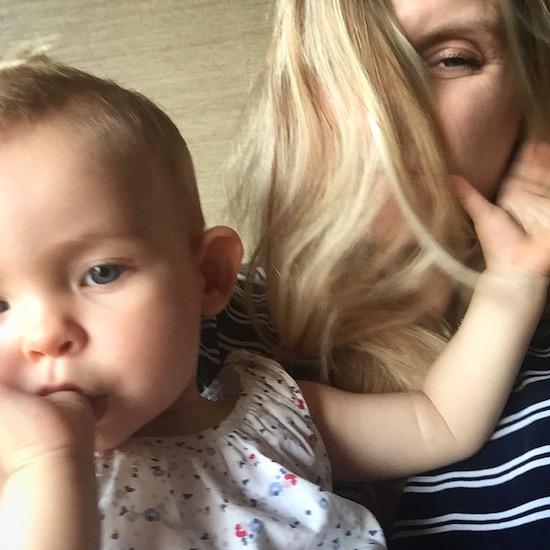 Pictured above: me getting accidentally belted around the face as I try to take a Selfie. That’ll teach me! Injuries have been something of a theme this month, mainly because the baby likes to clamber on me and she has really sharp elbows, but also because she seems to really enjoy throwing heavy things from the table of her high chair. And they always land on my bare feet. Always.

Now you might say: why give her heavy things to hold? Which brings me onto my next theme. Meal times. Good God, I don’t mean to be on a downer (and I must do a full post on this) but are meal times at this age not the most toe-curlingly arse-clenchingly frustrating times of the day? Gone are the days when I could just sit in front of her and shovel down the slop – now she wants to hold everything and splatter spaghetti sauce up the white walls and throw half-eaten bits of orange at me and feed crusts of toast to the dog, who hangs around hopefully waiting for any morsels that land at his feet…

It’s like a mental endurance test. Please tell me it gets easier? Anything remotely solid now gets chewed and spat out, re-eaten at a later moment and, just when I think something may make it into the mini-stomach, appears as a grey pile of mush right at the end of mealtime. For this reason I am still forking down the chunkier Ella’s Kitchen pouches (year plus) in an attempt to get some kind of food eaten. I time each spoonful so that it will slip down unnoticed, but to do this I have to distract the baby with an untiring conveyor belt of amusements.

“Look at this toilet roll! MOOOOOOOO! See the funny noise it makes?!”

“Look at Mummy in the paper hat!! LOOK AT MUMMY! WAHAHAHAHA!”

The entire process is akin to trying to get a drunk person to walk in a straight line to the night bus. Lots of coaxing, distracting and firm guidance. 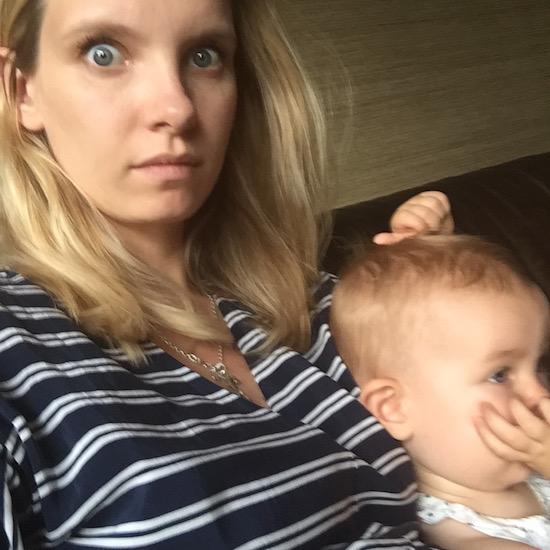 Anyway, enough of that. If anyone designs an easier way of feeding headstrong babies then please do let me know – I’d buy a Feeding Robot if such a thing existed. In fact, if robots did become de rigueur in the domestic world then I’d buy one JUST to feed the baby. And peel garlic.

Angelica weighs 9.2kg (had her weighed yesterday) and is approximately thirty-three feet tall. I jest only mildly. She’s so tall. On the slight side, weight-wise, but then so am I. I think I was as a baby, too. She’s all arms and legs and just so brilliantly funny – it’s amazing to see a little personality come out. Her favourite thing at the moment is to mimic her Dad on the phone – she takes my iPhone and does his exact intonation, though not the words. Unless his conversations usually go “Dadada! Bababa! Mooooooooo-wah-wha-wha! Yeah?”

Thinking about it, that’s not too far from the reality…

Angelica still has two daytime naps (thank the absolute Lord); one from 10 for about an hour or an hour and a half (depending on when she woke up) and then another from 2ish until 4ish. I’ve tried to shorten these naps so that she goes to bed earlier but she’s not having any of it. She won’t go before 8pm – but then she doesn’t get up until about 7.30am. Sometimes 8am. And I’m not messing with that – it suits me down to the ground! In total, she gets around 14 hours of sleep a day, which is fine, apparently, so I’m leaving the routine well alone until something changes naturally!

I think that things are certainly getting more challenging as the months go by, but that’s no surprise when a baby is forming its own little character, I suppose. They start to get their own agenda which is a shock after having this little pliable bundle that just does what you need it to. But what a joy to see the personality emerge! (She says, opening gin.) (Haha, that’s a joke.) We went on a little mini-trip to the Isle of Wight last week and having the baby with us was brilliant – she was a total treat, very well-behaved in her pushchair and loved the beach and the sea and pointing at every single dog that walked past us, which was about twelve billion.

For “Body”, please read the post that’s (hopefully) up on Monday or Tuesday next week, depending on how much time I have to finish it. It seems silly to shorten it to rush it out in this update, so stay tuned! As usual I’ve left this until the last minute and I’m trying to roast some vegetables at the same time, so to avoid a possible kitchen fire, I’m signing off to concentrate on my culinary adventures!