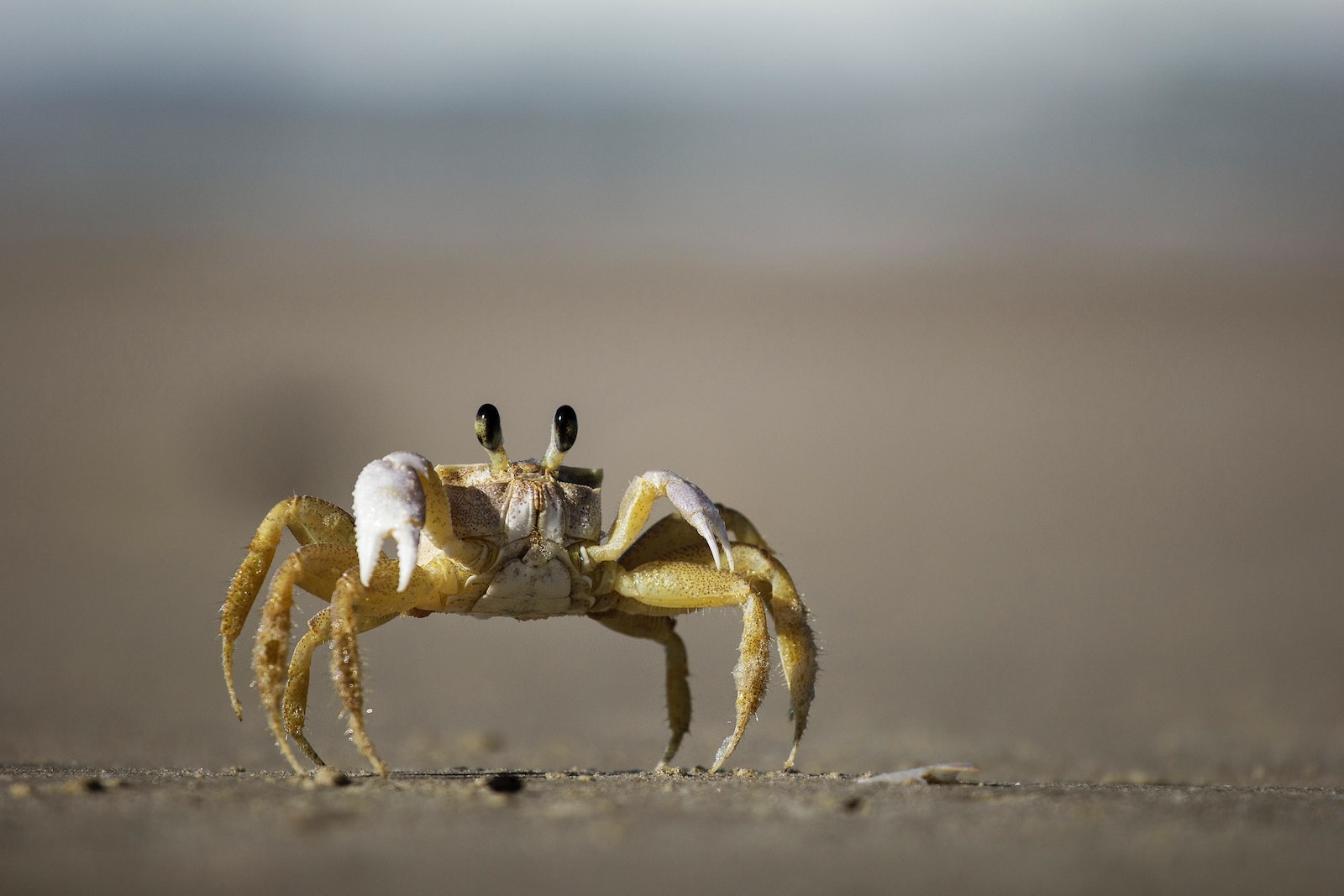 After twelve weeks of complete isolation I decided to go to the post office to do some urgent returns. (I actually had to send back some clothes I had ordered and never unboxed. Because who needs clothes in a lockdown? Not I, apparently. Apart from a few special occasions, I’ve almost worn the same two outfits on rotation; the first a dress that looks like a sack, the second a pair of shorts that have taken on the actual shape of my arse, so that when I remove them they stand up proud upon the rug, and an old t-shirt that has holes in the armpits. For chillier moments, both outfits have been worn beneath the world’s ugliest cardigan.)

So I went to the post office, which is buried deep within a village shop so tiny, and so crammed full with shelves and carousels and whatnot, that it’s almost impossible to walk through it without touching anything. Which doesn’t bode well for social distancing compliance. And I have to admit I was concerned about my visit, having heard tales of people completely ignoring all distancing guidelines now that we’re allowed to fire up the BBQ and – er – play golf; what would I be confronted with? In my mind, the world had gone rogue whilst I was locked inside – it would be a Mad Max scenario, with modified sand buggies revving around the country lanes, rams’ horns stuck to the bumpers and post-apocalyptic flesh-eating zombies hanging out of the open windows.

It was fine though. At the start, at least. There was a “queueing system” outside of the shop door, so I casually merged myself into it, trying desperately to look like someone who had been outside of their house before. For some reason my legs didn’t quite work properly – they felt like cotton reels threaded onto pieces of elastic, which I think was nerves, but nevertheless made me look like a newly-born Pinocchio.

Unfortunately, abiding by the two metres rule meant that I had to position myself almost in the middle of the road, for there was no place to stand to the left or right of the queue that was prominent or obvious enough to signal my presence to queue newcomers. Queuecomers. And that’s important, isn’t it? In a country where we are borderline obsessed with queue etiquette, it’s essential that everybody – everybody – knows that you are, in fact, in said queue. This is usually conveyed with a nod and a smile and a small, pointless, forwards or backwards movement, just a very slight one, to draw attention to your presence.

In this case, there was nobody in line after me – yet! – but still, I had to stand my ground. There’s an art to queuing, after all, and one of the finest skills is ensuring that everyone who joins the queue after you knows exactly where you rank. But here was my first testing quandary/moral dilemma: to stand in the road, or risk weakening my queue presence by tucking myself into the nook-in-the-wall where the drainpipe runs down? To lose queue-face, or to be flattened by a DPD van?

The choice is yours!

In the end I opted for a bit of a compromise, darting in and out of the road like a demented badger. It was confusing for the drivers. I had more than one beep. A few motorists tried to wave me across, which meant I had to do the universal sign language for “NO! I’M NOT CROSSING!”

One mimed exchange was so painful that I just gave in and crossed the road, only to almost be hit by a fast-moving bike when I did an about to turn and crossed back again, such was my haste not to lose my earned place in the queue.

I lived to tell the tale, thankfully: it was inside the shop that everything went to pieces. I just didn’t have any experience in this social distancing thing – quite literally no experience at all. I hadn’t built up any etiquette, I hadn’t seen social distancing techniques in action: it was all entirely foreign to me. A new language. And so I entered the shop almost apologetically, creeping in an exaggerated, comedy burglar knee-lift knee-lift toe-point hop! kind of way. Bear in mind I was wearing a silk kerchief as a face mask and eyeshadow on only one eye and that I hadn’t properly arranged my nipples beneath my top so that one was about four inches higher than the other: I was quite the picture.

(Does anyone else now have to arrange their nipples to ensure levelness? It’s a right faff! If I just juggle them into position, you can guarantee that one nip will be far higher than the other, looking like a peanut has been stowed away for safe keeping. Gone are the days when they both just fell into place, like delicately-balanced teardrops.)

So in I went, my tote containing the parcels slung over my back like a swag bag, trying to greet the shopkeeper and post office man with just the joy in my eyes. Difficult to do. And then I got to the counter and it was as though a giant stopper had been removed from my brain, because the talking started. It started and I just couldn’t stop.

“I have some parcel returns! How are you? This is weird isn’t it? What happens to the protective screen once you don’t need it anymore, it would make great secondary glazing hahaha! So how many people a day come in do you think, I just need proof of postage for that one, thankfully they pay for the returns otherwise I’d be bankrupt because I pretty much do all my shopping online now, I expect most people do, which is good in some ways but not great in others. Alexa Chung was in here the other day wasn’t she? Did you serve her or do you know who she is, what is she doing here, everyone says you’re the man to ask because you know all the gossip!”

Honestly. The phrase verbal diarrhoea doesn’t even cover it. It was dysentery. Thank God for the protective screens, that’s all I can say. Even with the perspex barrier in place the shop volunteers (yes, they volunteer to serve morons like me, the mind boggles) were ducking beneath the counter, such was the ferocity of my stream of absolute crap.

“Please pop the parcel on the scales,” said the post office volunteer, which put an end to my impromptu monologue. There was a moment of awkward silence as he printed out the labels and busied himself with sticking them to the jiffy bag but then, scandal, a second customer entered the shop! Ignoring the queueing system and the one-in-one-out rule! They just marched straight up to the counter beside me and plonked down a loaf of bread.

How could I have been prepared for such a flouting of the guidelines? I’d prepared myself so well. Tied a silken scarf around my face like a luxury goods version of Butch Cassidy, queued outside on the road, to my absolute peril, and now – just as casual as you like – I was faced with a potential super-spreader. What’s the protocol for that then?

My parcel-returning finished, I was presented with the challenge of exiting the shop without going closer to the perpetrator than the prescribed two metres. Seeing as though the entire shop is around four metres square, I saw that it was impossible. It was like one of those Mensa puzzles they give to particularly bright children at primary school (just me? Oh lol! Sorry!) where you have to move the pieces about to get the square to the exit. Or something.

Anyway, the woman with the bread wasn’t bothered about distancing herself whatsoever and had started a conversation about deer hounds, so I was forced to plan my escape around her. But then the worst thing of all happened: she decided to use the post office counter! WHERE I WAS ALREADY STANDING!

“Excuse me,” she smiled. “If you’ve finished, I’ll just slide on over.”

Well this was a conundrum. The sliding over part sounded vaguely terrifying, but the bigger problem was where to put my body. I couldn’t very well disappear myself and there was no clear path past the super-sliding spreader – even without social distancing the passing of the two ships would have been tight.

She began her slide. What to do? Crash backwards through the bank of freshly baked goods? Send the Bakewells scattering, the sausage rolls tumbling from their pastry pyramid? Or should I Klinsmann-dive sideways over the tower of eggs and the boxes of potatoes? Neither option was favourable – it was the sort of evasive action you’d take if you were about to be steamrollered by an out of control lorry. Overkill, it could be labelled.

I settled, instead, for panic. I manically sidestepped one way and then the other, waving my hands in the air, looking for all the world like a crab on amphetamines. A bandit crab, complete with face mask, absolutely off its shellfishy tits, dancing to a song only it could hear.

The slider-spreader pressed herself closer to the counter, possibly out of sheer terror and I managed to side-crab my way past the baked goods and out towards the door. Another customer was about to enter, again flagrant disregard for the rules, but backed out with a look of surprise and horror as they saw the human bandit-crab side-lunging towards the exit. One eyeshadow’d, wonky-nipped, neckerchief slipping to reveal a mean, anxious mouth: small children wept, a border terrier whimpered, a man parking his bicycle stealthily hooked his leg back over the saddle and pedalled away to safety.

Haven’t been in to the shops again, obviously. You? How’s your lockdown going?

Photo by Felipe Portella on Unsplash