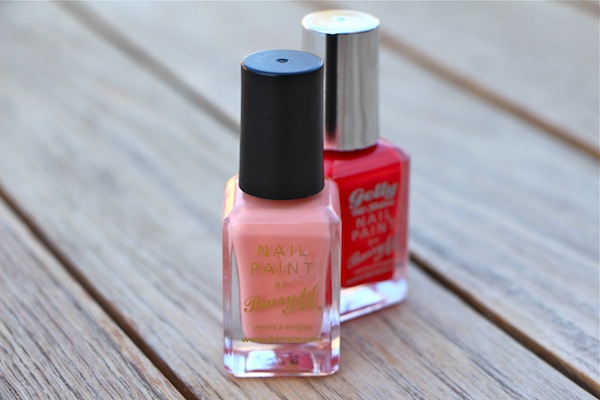 Annoyingly, because I had about three million bottles at home waiting to be tested out, I forgot to pack nail polish for my holiday. I didn’t have time for a manicure or pedicure before I went, so I had envisaged taking all of my nail-perfecting stuff with me – oils, buffers, weird pointy sticks that I don’t have a clue what to do with – and having some sort of rudimentary mani-pedi session. Anyway, as it turned out, I didn’t manage to remember anything nail-related at all apart from a single polish-removing wipe, which was shoved in a pocket of my washbag along with a brush-cleaning tissue and three unpaired and very dusty earplugs.

So, to cut a very long and boring story short, I had to buy nail varnish at Heathrow. And I wasn’t very well going to buy a polish that I already had sitting at home, so I went into Boots to look at the Barry M ones – everyone seems to go on about Barry M, so I thought I’d see what the hype was about. They had a lovely array of shades, considering that I was just in the little Boots at Terminal 5, and there were a few different finishes on display too. I went for a “Gelly” polish in coral for my toes and a nail varnish for my fingernails that was called Peach Melba. 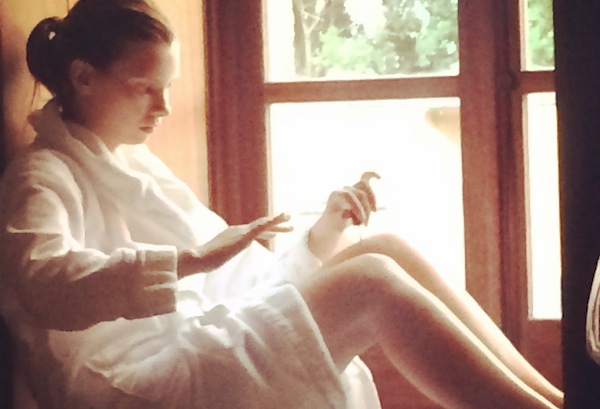 Fast-forward to the second night of the hols and there I am, propped up against the patio doors, painting my nails. I have to say that both applied very nicely, though I found the “Gelly” to be a little thicker and more prone to going blobby. But perhaps that’s because it was going on my toes, and toes are notoriously hard to paint? (Does anyone else have such small toenails on the third, fourth and fifth toes that they have to simply “dot” the brush onto the nail? It feels so pointless, doesn’t it?!) 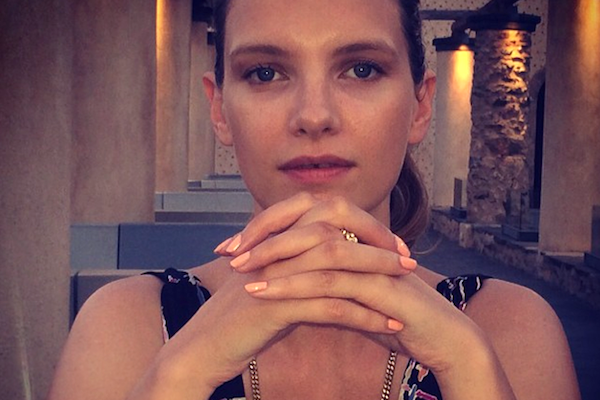 The Peach Melba applied beautifully, I thought. One coat was almost enough; two was plenty. It dried quite quickly – no doubt helped along by the thirty degree heat – and looked nice and shiny even without a topcoat. Almost too good to be true, really, but then my cynicism was rewarded when two nails chipped after about twelve hours of wear. One whole week later (I’m doing an experiment with it, you see – testing it to the limits) and although the left hand is almost perfect, apart from some wear at the tips, the right hand looks as though I’ve been trying to paint the nails with slightly yellowed Tippex, whilst wearing a blindfold. So the right hand didn’t fare very well at all – chips all over the shop after twenty-four hours and one nail with some kind of weird marbling on it. But you know what? It was £2.99 that polish. £2.99! A lovely, peachy holiday colour that looks great with a tan – even if I’d used up the whole bottle, reapplying every couple of days, it would still have been a total bargain.

You can find Barry M online at Boots.com – are there any longstanding Barry M users here? How do you find the “Gelly” polish? Let me know. It’s buy-one-get-another-half-price at the moment, you can find them here.