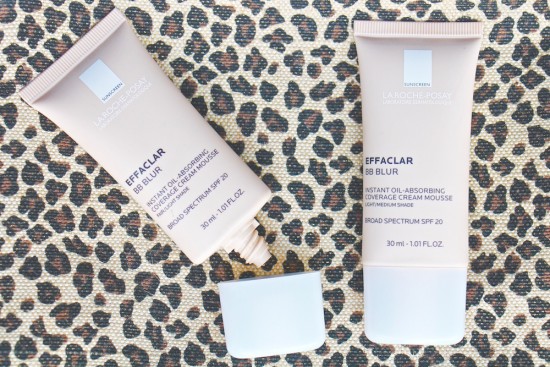 I think you’ll agree that the below “before and after” photographs are pretty epic: no light or computer trickery has been used. (I don’t ever retouch my images, by the way – or Facetune or whatever people use to whiten their teeth and get rid of wrinkles and spots!) What you see is what you get. La Roche-Posay’s Effaclar BB Blur most definitely works some kind of optical illusion magic!

I mentioned the BB Blur last month after quite a few people had commented on how good my skin looked in one of my vlogs. All I had on was a quick layer of the new “BB Blur Instant Oil-Absorbing Coverage Cream Mousse” (to trot out the full title) so I was pretty surprised that anyone had noticed. And I have to say that it was touch and go whether I’d even try the product in the first place, because my skin has been so dry and an oil-absorbing product was the last thing I needed. But try it I did, because I’m highly adventurous like that, and was very pleasantly surprised at how light and non-cakey this BB felt. I had expected some sort of powdery disaster but the mousse texture was so beautiful to apply – rather like working with a deconstructed makeup marshmallow – that it became an instant favourite.

Easy to blend (though don’t be lulled into a false sense of security by the light texture, you do need to blend!) and weightless on the skin, it seems to be able to blur out even quite noticeable imperfections without looking or feeling heavy. It has the effect of a medium coverage foundation,but the “blurring” does most of the work, not the pigment. Behold the before picture: 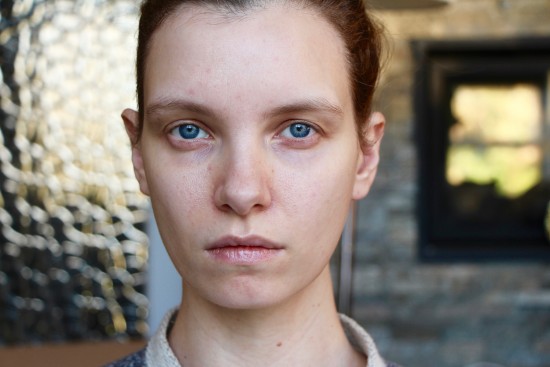 Noticeable blemishes on the forehead and a couple on the cheeks, though they’re not true spots, more ones that are brewing under the surface (oh hi Mint-Choc Magnums wreaking havoc with my face!); some redness around the nose and on the chin; some darkness beneath the eyes… 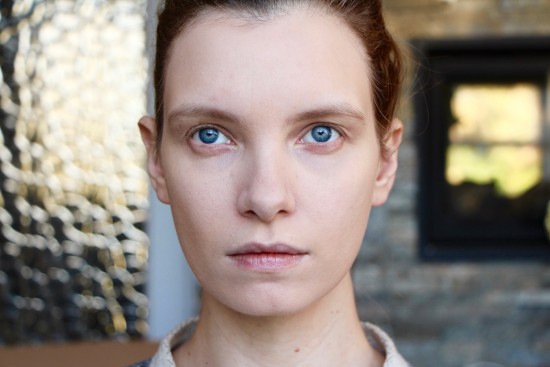 I kid you not when I say that this is truly one of the best after photos I’ve ever had. I actually had to knock back the brightness slightly on my face because I thought that people wouldn’t believe me. (If you doubt the like-for-likeness of the photos then just compare the white of the woodwork behind my head or the patch of greenish light reflected in the glass of the fireplace.) My skin is brighter, the dark circles are pretty comprehensively hidden, the redness eradicated. If you look closely you can still see the blemishes, so that kind of illustrates what I mean about the coverage; it has the overall effect of a good coverage foundation but there’s no real opacity to the finish. A lot of the work is done by the blurring effect.

What do you think? My only gripe is that it only comes in two shades – both of which just about suit me, so you can see how narrow the range is. I’m wearing the fairer of the two here, “Fair Light”; the “Light Medium” is just a tad too warm for me. I really hope that they decide to expand the shade range. Apart from the cosmetic appeal of the BB Blur, it’s absolutely brilliant for people with oily or combination skin who want a base that will give them a non-cakey velvet finish. You absolutely do not need to powder over this BB (in fact powder can look a little odd) so it’s the perfect maintenance-free face base.

The key ingredient here (I’ve never heard of this before) is Aircilium, which can absorb up to three times its own weight in oil. It forms a supple, breathable film over the skin that leaves a really smooth surface and helps to keep the skin shine-free throughout the day. This makes the BB Blur a great one for oily teen skin (far better than plastering on a heavy base) or anyone who wants a rather radiant, matte/velvet-finish that won’t need powdering throughout the day.

La Roche-Posay’s BB Blur is exclusive to Escentual.com at the moment, it’s £16.50 here.

*Update: a guide to the shades, by popular request. From left to right, below, we have Chanel’s Perfection Lumiere Velvet in shade 20 (my most-used base), then the Effaclar BB in Fair/Light and finally in Light/Medium. You can tell that the Effaclar shades are very close, though the light/medium is much warmer in tone than the (slightly pinkish) fair/light. Obviously they sheer out a million times more than this, I’ve just swiped it on in a thick layer so that you can see it. If I blended it out, both would be virtually undetectable so the whole exercise would be pointless! Hope this helps somewhat… 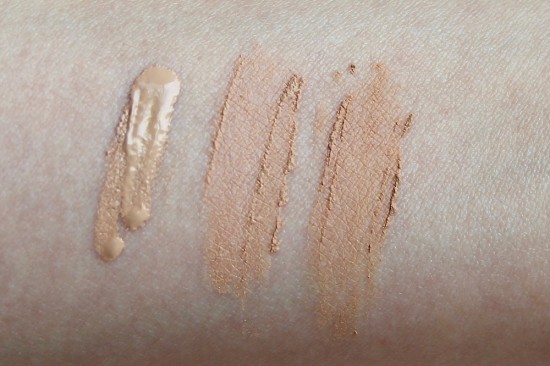