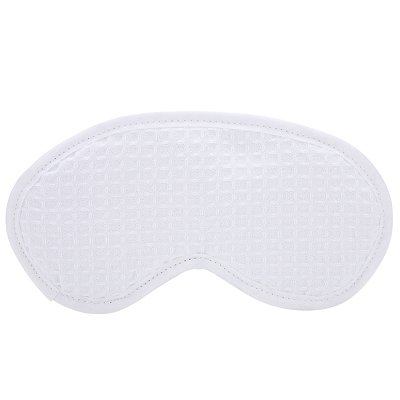 I just broke the second rule of Flight Club: “No Sneaky Napping”. And I had been doing so well! The first night here in New York City, I made sure that  I stayed awake until 10pm (3am GMT!) so that I immediately got into the new time zone. But today, I finished work early and decided to take a ‘little nap’. This ‘little nap’, I promised myself, would warm me up a bit and give me a little one-hour boost that would make me wide-awake for the rest of the evening.

Well, Dear Readers, did I wake up after an hour? No! Did I wake up after three hours? NO! I woke up at 11.35pm, a full SIX HOURS after falling asleep! Oops. So here I am, approaching midnight, with club music blaring out into the street beneath me, absolutely wide awake. I have managed to almost completely undo the good work from yesterday in one fell swoop! The only saving grace is that I still feel as though there’s more potential for sleep within me, so will hopefully be able to drop off again in  a few hours time, ready for my 7am call time.

Here are my Flight Club Rules, for those of you who want to give the whole ‘beating jet-lag’ thing a go. These guidelines can be used for business or leisure travel; just take them a little more – or less – seriously depending on the importance of brain function and/or emotional well-being to your trip.

1) Adapt to the new time-zone whilst still on the plane. Be sensible about this and take into consideration the duration of the flight; for example, if it’s a 12 hour flight then you have some leeway for random naps and meal times – if it’s a quicker hop, then try and time your sleep and snacking to the new time zone.

2) When you arrive at your destination, do not sleep until it’s the right time. No sneaky napping! If this means that you’re a zombie for the first day, then so be it. Depending on which direction you have travelled in, you may have a pretty long wait – especially if you’re not a great ‘plane sleeper’. I once flew to Tokyo and went to sleep after a 36-hour period of awakeness – that one was fun! But the jet-lag was over by the second day, so totally worth it.

3) Try not to rely on sleeping tablets/caffeine/stimulants etc to regulate your sleep cycle – it’s just totally artificial and not a great way to do it. Of course some people control their entire life this way, and if that’s you then be my guest! On the flip side of this, a large glass of Rioja late at night followed by a boring history book will usually do the trick…

4) Try to adapt to new meal times as soon as possible, and as gently as possible. Don’t starve yourself if you’re famished in the middle of the night, but equally, don’t get up and stuff down a McDonald’s meal – just have a small, very light snack, as small as possible, and then have a good breakfast. It’s important that your digestive system gets on track too, as eating at crazy times will affect the way that you sleep.

5) Earplugs. Earplugs should accompany the traveller everywhere. They are a traveller’s best friend and possible saviour because a good pair will block out the worst of ambient noise. Of course, if you’re stationed above some kind of Satanic Superclub, as I am right now, not even earplugs will work completely, but they will deaden the sound somewhat. The best earplugs can be found online – something like Hearos Extreme will be highly effective but won’t break the bank.

6) Eye shields. Eye masks. Whatever you like to call them. Get one – you usually get one free on a long-haul flight, if not then ask for one – and keep it in your hand-luggage. This, along with your earplugs, will create quite a barrier against the outside world. Rather like being in a sensory deprivation booth, but in a nice way. Eye shields have a terrible habit of slipping off. but by this time you’re usually fast asleep so don’t let it get to you. The best mask I’ve found comes for ‘free’ when you travel First with BA – but if work aren’t stretching to a $9000 return fare, then you can buy good eye masks from places such as Boots and John Lewis.

So, hurrah. There you go with a few rules to follow; they’re quite obvious when you think about it, but most of us don’t think about it when we get to our destination, we just flap around excitedly until we fall asleep from utter exhaustion. I grant you that following these rules is a lot more difficult than just reading (or writing!) them, but also promise that they work and will give you a happier and healthier trip.