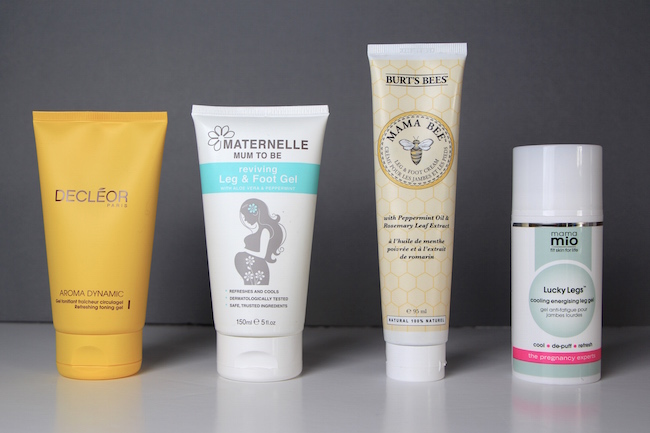 I’ve done some preliminary research into cooling foot creams and gels before – you may remember last summer, when I praised the benefits of Weleda’s Foot Balm – but I had never really seen the point of them. Until now. Late pregnancy, one and a half weeks to go until my due date, legs that are the same width from knee to toe and feet that look like oblong balloons? Now I very much see the point of them. Being able to make your lower legs miraculously feel as though they’ve been stuck in the fridge for an hour without actually having to stick your legs in the fridge for an hour is something of a boon. Just whack on the cream and put your feet up and you’ve suddenly swapped your tight-skinned, swollen joints of raw pork for normal (ish) limbs.

And not exclusively for pregnant limbs, obviously – anyone who suffers from swelling or discomfort during the hotter months. Anyone who’s on their feet all day for work, or who likes to run half-marathons every morning or who spends most of their time at a desk and wants to get some zing back into their step. These, my friends, are for you..

Decleor Circulagel Refreshing Leg Gel (£25.50 with free delivery here): of all the gels and creams tested, Decleor’s had the most instant cooling effect. Rather like pressing a pack of frozen peas to your skin. The gel absorbed instantly and left no residue, but it’s worth noting that there’s no real moisturising effect with Circulagel – if you had very dry shins, you might want to go steady with this one. It’s for making the legs feel light and refreshed, and it does this perfectly – if it’s hydration you need then this tightening effect might not suit.

Maternelle Reviving Leg and Foot Gel (£4.99 through Ocado here): a great budget option – not so “crikey, that’s cold” as the Decleor, but a nice degree of refreshing coolness and a cream-gel texture that’s light but not drying. It worked at a kind of “half pace” compared to the Decleor Circulagel but then it is a fifth of the price, so I think that it’s very good value for money.

Burt’s Bees Leg & Foot Cream (£13 with free delivery here): a cream rather than a gel, this had about the same effect as the Maternelle Leg and Foot Gel – very minty and fresh, but not quite so intense as Decleor’s Circulagel. This cream came in a set with a tummy butter and a stretch mark oil – the stretch mark oil was excellent. You can find that here. 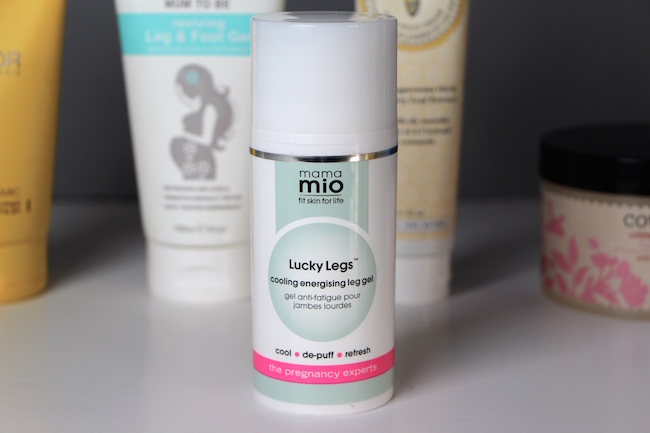 Mama Mio Lucky Legs (£19.50 with free delivery here): my overall winner due to the fact that it comforts and soothes as much as it cools and revives. Nearly all of the leg gels and creams tested had a tightening effect (I suppose that goes hand in hand with the whole refreshing function) which is brilliant for instant cooling and de-puffing but not quite so great if your leg skin tends to be dry or scaly. Mine does. And I did find that after extensively using about a dozen gels and creams, my shin scaliness was getting slightly worse. The Mama Mio Lucky Legs seemed to be the most hydrating of the bunch whilst still managing to be zingy and energising. Not as hydrating as a proper, dedicated dry skin cream, but enough to be properly comfortable to apply and leave on. I’ve been impressed with all of the Mama Mio products I’ve tried during pregnancy, but this one (and perhaps “Boob Tube”) really stand out from the crowd. You can see the whole line here. 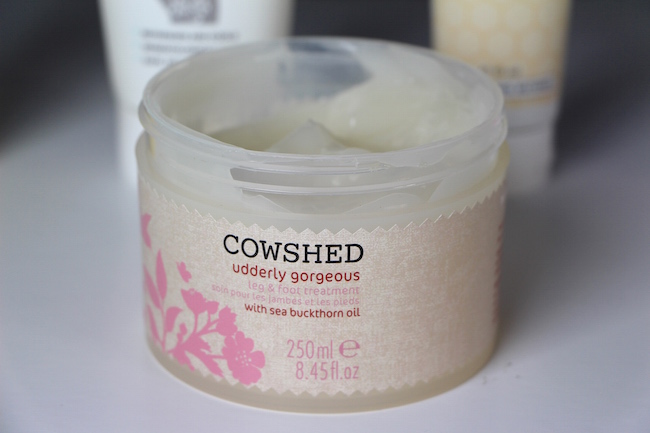 A last-minute addition; the Udderly Gorgeous Leg & Foot Treatment from Cowshed. (£18.50 online here.) Another instantly cooling, light-textured gel, this one contains sea buckthorn oil and a load of essential fatty acids and so goes some way to helping with skin protection, as well as skin refreshing. It’s not quite as hydrating as the Lucky Legs, but I can tell you that the cooling effects last for ages – second only to the industrial-refrigeration-unit level of cooling provided by Decleor’s Circulagel. Nice.