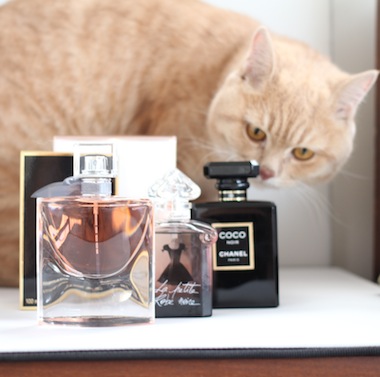 I wanted to take some lovely pictures for you, I really did. But it seems that my cat, Mr Bear, has a bit of his (adopted) mother in him, and likes to get in front of the camera. 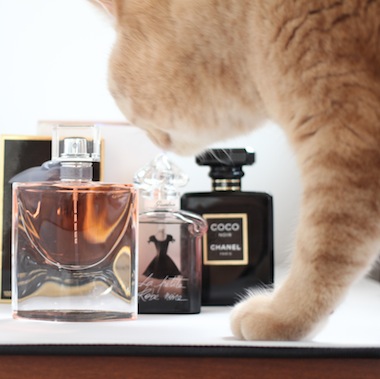 I tried to coax him away with treats, violent threats and his favourite feather stick, but nothing worked. He was adamant that he would be part of my still life photograph. Which would have been fine, had he actually kept still, but he didn’t. That’s why every single shot has something out of focus. 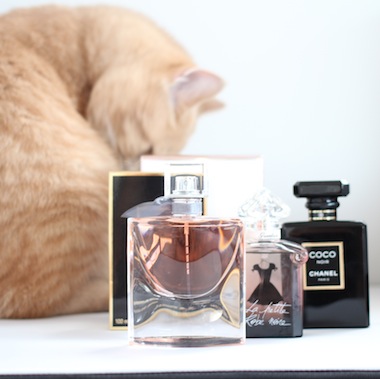 Ho hum. Moving on. Three fragrances here; the first is Lancome’s La Vie Est Belle, which I think is utterly beautiful. You can read the full review here. I didn’t like it at first, not one bit – I thought that it was really old lady. But it has grown on me in the most remarkable way and now I’m spritzing it around my rooms too – I can’t get enough of it! The last time I wore it, THREE different men commented on how lovely I smelt. So there. It’s from £39 with free delivery from FeelUnique.com 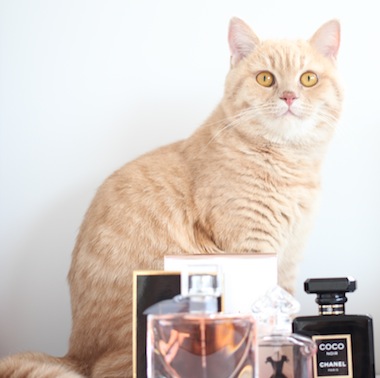 The second, in the cute little bottle, is Guerlain’s La Petite Robe Noir, and this one has also turned out to be a bit of a grower. At first, I couldn’t really “get” the black cherry that was supposed to be the selling point for the fragrance, but now that’s all I smell! It’s rich and fruity and fun and I think that it’s a brilliant fragrance for the autumn and winter months. From £35 with free delivery at Escentual.com 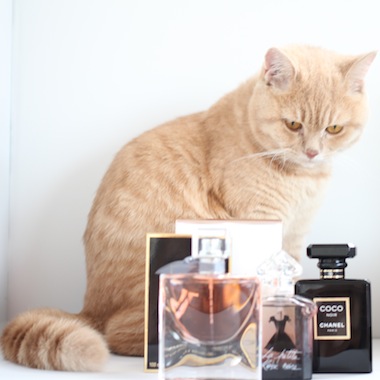 The third perfume that I want to mention is Chanel’s Coco Noir. I was getting bored to tears with Coco Mademoiselle, so thank God that they threw a new scent out into the mix! This one smells (and looks) a little more grown up than Mademoiselle, but only a little. Maybe it’s just me, but I find them incredibly similar! No bad thing, because I wouldn’t have worn Mademoiselle for so long had I not liked it, but I was expecting Noir to be very different. It’s a nice little change though, if you’re looking to switch up, and I can imagine that this will be VERY popular at Christmastime. (The C-Word. Shoot me.) Coco Noir is £75 from Selfridges.com