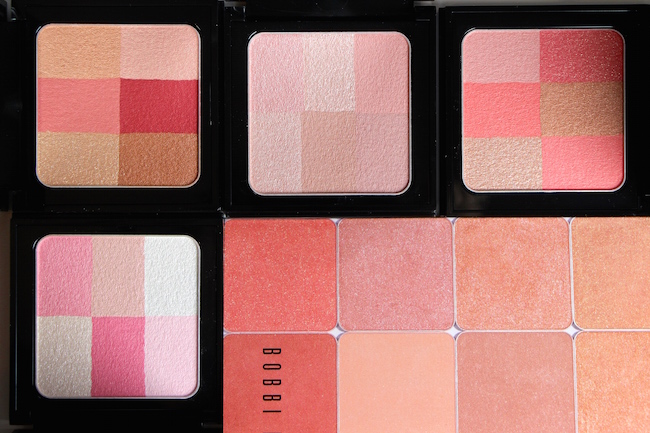 Something new and incredibly convenient, if you like a quick and easy “brush on glow”; Bobbi Brown’s Brightening Bricks. They’re rather like a blusher blended with a subtle illuminator, blended with just enough bronzer (in some of the shade combos, at least) to stop everything from looking too pink and “Barbie”. I like things that give an instant healthy glow – at the very most subtle end of the spectrum you have Chanel’s Les Beiges, which have an effect that’s almost imperceptible to the human eye, yet still seem to completely lift the complexion. At the other end of the glow spectrum you have things like Bobbi Brown’s original Shimmer Brick, which have a heap-tonne of glitter and almost enough colour pay-off to use as eyeshadows, never mind complexion enhancers! 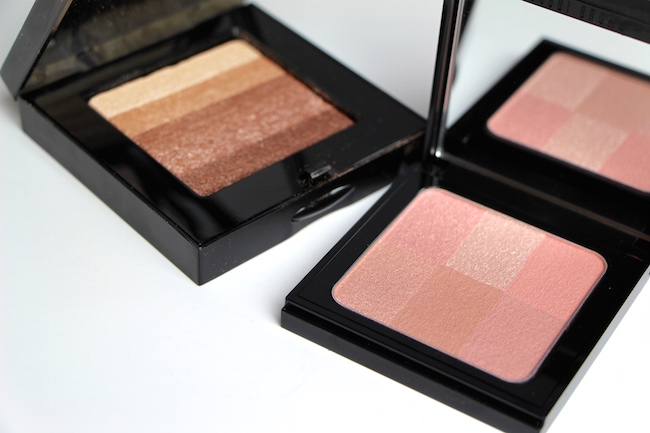 You can see the original Shimmer Brick above, on the left, with the new “Tawny” Brightening Brick alongside for comparison. No prizes for guessing which one I prefer; I have always been something of a creature of subtlety, when it comes to making up my face. I also balk when confronted with too much shimmer; it’s great when I’m on my hols, doing the whole “sundown beach bar” vibe (HA! That’s not going to be happening for a few years, is it?) but for everyday wear, I find it too conspicuous. So Bobbi’s new Brightening Brick is perfect for me; just a hint of shimmer, but more along the complexion enhancing route than complexion frosting. 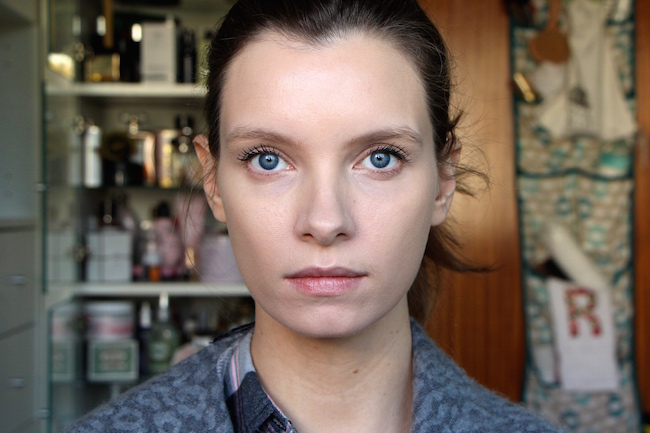 Here I am (above) pre-enhance. I am wearing, FYI, Zelens foundation and some Benefit Roller Lash mascara (out in March, see January Favourites video). Below I have added a hefty sweep of the Brightening Brick in “Tawny”, which I do think is my favourite shade out of the whole lot. 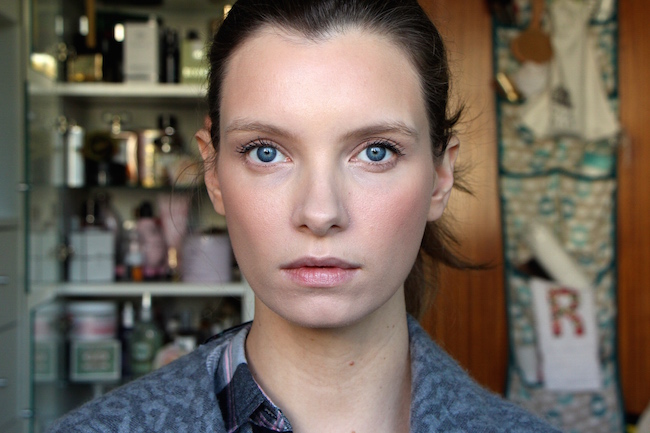 I’ve overdone it on the application ever so slightly, just so that you can clearly see the effect, but I hope that this shows how beautifully the powders pep up the skin. I’m getting more and more into my blushers, just because they eradicate signs of tiredness so much more readily than a bronzer, but the tawny shades in this particular Brightening Brick version add a little bit of sunkiss as well as blush. Spot on. 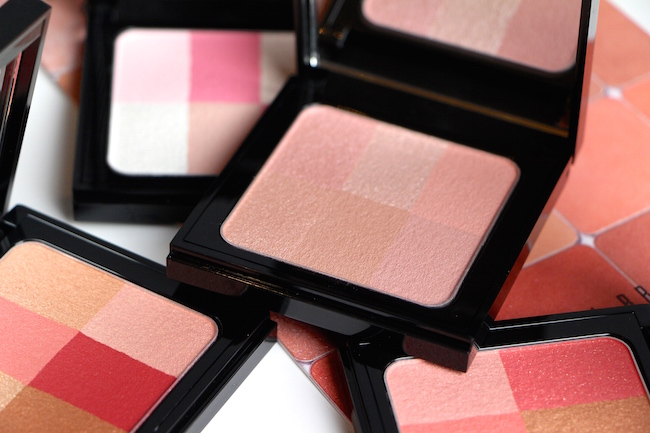 There are six different shade combinations, so well worth having a test-out on counter, but I have four and can say that Tawny is the easiest to wear, whereas Coral, which is pictured top right in the very first image, gives more of a flush and would be brilliant on medium and darker skin tones as well as during the summer when you want some colour to set off a tan. Each Brightening Brick costs £34 and they have just launched on counter. Find them at JohnLewis.com if you’re shopping online.