1) Happy New Year everyone! I trust you all had excellent Christmas holidays and are now picking your way out of the debris, bleary-eyed and doughy-skinned, empty wine bottles crunching beneath your feet and Quality Street wrappers tumbling from every pocket. Making that concerted effort to “get back to normal”… I’m trying to wean myself off Netflix and NowTV (see below) ready for my first official day back at work tomorrow, and I am also eating a satsuma every other hour in a vague attempt at negating the ill effects of all the truffles and chocolate biscuits I scoffed. Tomorrow I’m back on the “green juice before breakfast” routine – recipes to follow.

2) I have decided that Netflix and NowTV are the source of all evil. Before they came into my world I used to have such productive, rewarding evenings filled with cooking sessions and reading and looking at Mid Century Modern interiors ideas on Pinterest. Now, what with my six-hour-long television marathons, I can barely be bothered to rustle up cheese on toast let alone peruse the cookbooks and conjure up a gourmet sensation! The problem with Netflix (and NowTV, which is our latest “thing”, downloaded because they were showing The Blacklist with James Spader) is that there’s absolutely nothing stopping you from watching whole seasons of stuff all in one go. On normal telly, you watch an episode and then have to wait a week until the next instalment; on internet telly you are handed the entire televisual universe on one big plate. This Christmas Mr AMR and I watched the whole of Homeland seasons 2 and 3 and then 24 episodes of Elementary, a US Sherlock Holmes murder-mystery series with Johnny Lee Miller and Lucy Liu. I can highly recommend Elementary – especially if you don’t want to get anything done for the next few weeks – but don’t blame me if you get hooked. Blame Caroline Hirons: she started the whole thing off. 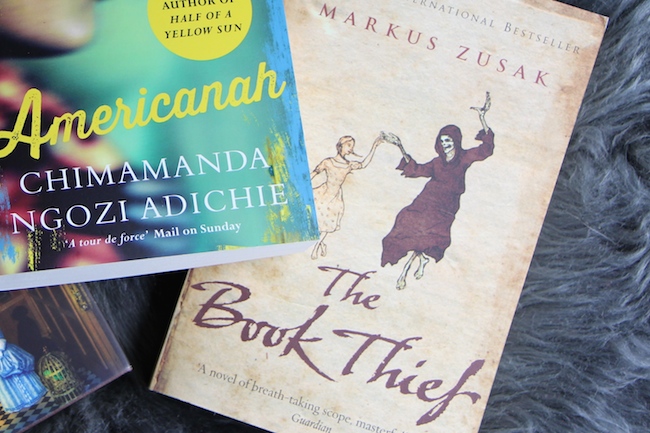 3) I finished loads of books over Christmas but the one that has cemented itself into my memory is The Book Thief. A very interesting narrative perspective, because the entire story is told by “Death”, who has been made almost a tangible character, one who greets the newly dead and carries away their souls. Also interesting because although it’s about the second world war, it mostly follows the lives of German, non-Jewish citizens – not a point of view that’s represented very frequently in fiction. It certainly gets you thinking, this book, and the writing style is unusual – the voice of “Death” is unexpected; strangely warm and compassionate and prone to reeling off little lists of observations and character descriptions. If you’ve read it then let me know what you thought – if you haven’t, you can find it online here. Apparently the novel was made into a film, I must look that up…

4) You may have noticed that the Sunday Tittle Tattle part has disappeared from the title. This is still the Tittle Tattle, and it will still be published on a Sunday, but the post description was becoming too long and messy. If lots of people really strongly object to the change then I’ll bring it back, otherwise just keep on tuning in every Sunday for your weekly dose of random nonsense and news. 5) Pets! This Christmas Mr Bear, above, overdosed on catnip and spent a good few minutes staring manically at a blank wall. Dexter didn’t really do very much at all over the holidays and so no good photos of him (he’s actually quite hard to take photos of because he just looks like a shaggy mop with a black nose!) but here he is gatecrashing my latest video. I’ll be posting the video up later on today, it’s my December Favourites. 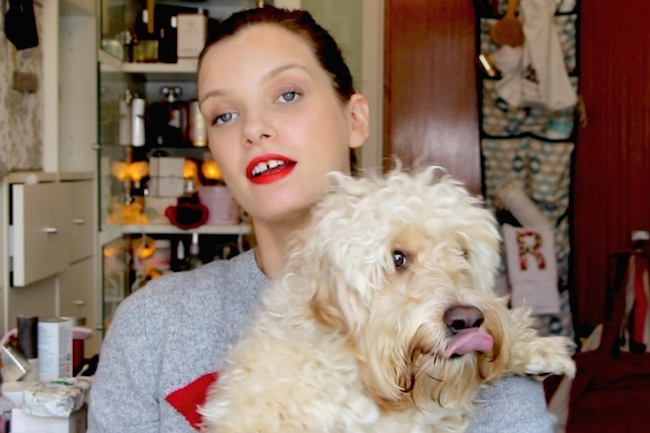