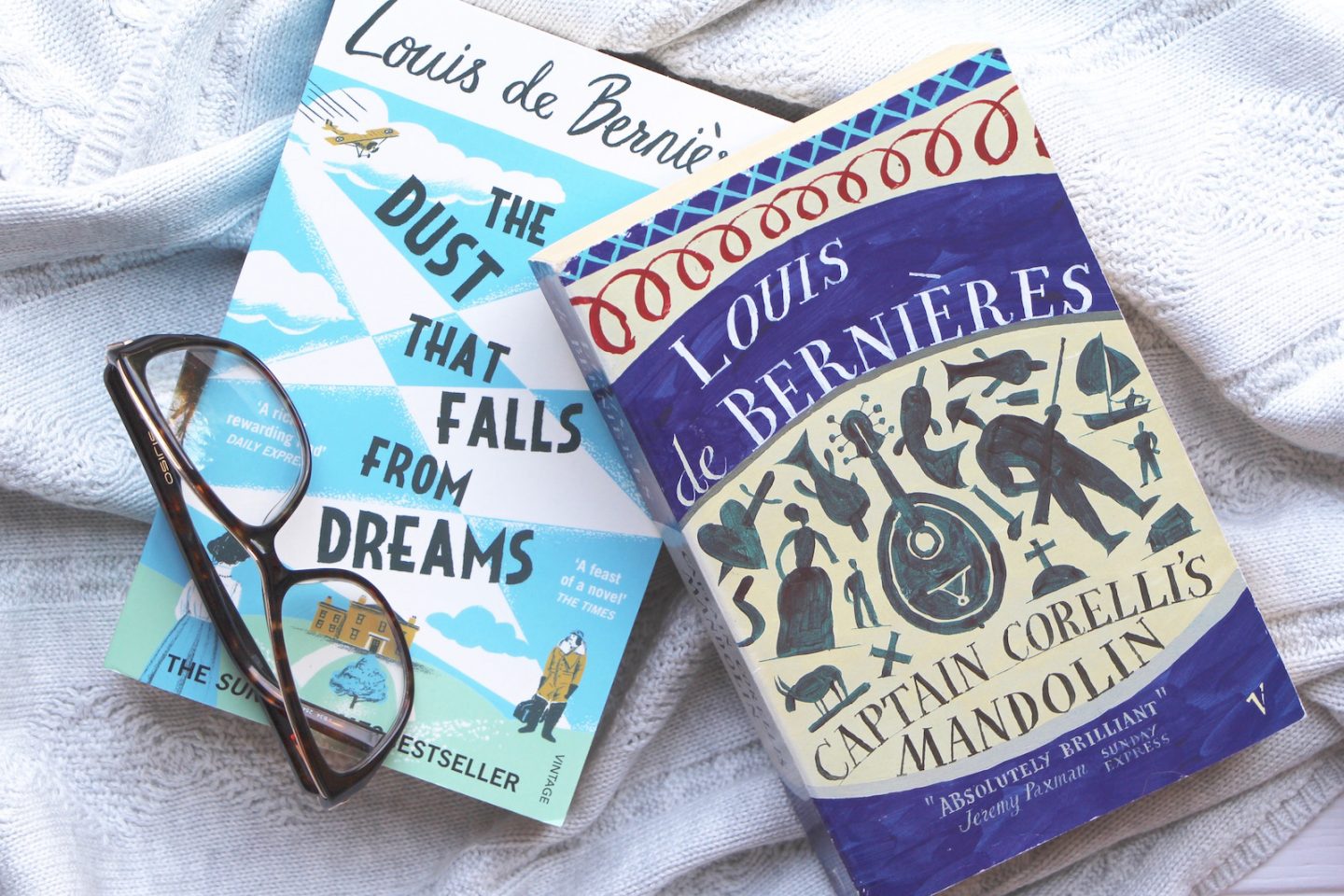 I’m a terrible one for judging a book by its cover. And I mean that literally, not metaphorically – I’m not at all judgemental or presumptuous when it comes to people: just books. Which is why, shamefully, it has taken me so long to come around to reading Captain Corelli’s Mandolin; I shouldn’t admit this, as someone who has both an honours degree and a master’s degree in English, but if a book’s title sounds too complicated, or indicates that the story might be about a subject I have no interest in, I shelve it. (Again, literally, not metaphorically.)

Let me hide behind my hands and, peeping through splayed fingers, take you through the exact thought process I had when I saw the title of my latest book-love, Captain Corelli’s Mandolin.

As it turned out, Captain Corelli’s Mandolin was nothing about boats, or vegetable slicers: a couple of chapters in, after a doctor on an idyllic Greek island had removed an ancient dried pea from a man’s earhole and a giant strongman had picked up (with ease!) a priest and a donkey and also fired a cannon that he had tucked into his armpit as though it were a mere hand-pistol, I realised that this was, in fact, my perfect book.

It might be (I have to think further on this one, but it’s a distinct possibility) one of my favourite books of all time. It just has a bit of everything. Silliness, sharp wit, the saddest of tragedies and the most heart-wrenching of romances. Louis de Bernieres is my new literary hero; his depiction of occupied Greece during World War II manages to be both horrifying and greatly amusing, his characters are so alive and real that I genuinely mourned for them when (spoiler alert) they died.

The novel is set in the early part of the second world war and the main characters are self-styled (but far from inept) doctor, Dr Iannis and his fiery daughter Pelagia. They seem to live an almost enchanted life on what appears to be an idyllic Greek island – fishermen swimming with dolphins, a beloved goat that eats everything in sight, the sort of quirky, characterful locals that sound as though they’ve come straight from a children’s storybook…

Which is what makes the occupation by the German and Italian armies so horrific – it’s like dropping a graphic torture scene straight into the middle of a fairy tale. Though it’s quite a gradual disintegration into bloody chaos; for the most part of the novel, the occupation is (for the main characters, at least) more of an indignity and an inconvenience than anything else. They are lumbered with having to house an Italian army captain, Captain Corelli, who turns out to be a) rather difficult to loathe, despite the fact that they desperately want to make him feel as guilty and terrible as they possibly can and b) incredibly talented at finely slicing vegetables on his mandolin.

But he is incredibly talented at playing on his musical instrument, and he’s also compassionate and sharp-witted and has that casual, dry sort of intelligence that’s always so attractive. To me, anyway. And to Pelagia, the doctor’s daughter, who falls head-over-heels with him, though it’s a hard-won affection and there’s no soppy, kisses-at-sunset description of their romance. Because there’s too much going on with the war by this point (keep up!) and as the story moves on, and the love-affair between Pelagia and Captain Corelli progresses, so does the occupation, with its slaughters and rapes and piles of burning men.

If this sounds too distressing, then let me tell you; I’d sworn to myself that I would no longer read anything that would fill my brain with horrors. I dwell on things too deeply; I still find myself retrieving scenes from books and films that I’ve read or watched decades ago and they still affect me, so I try to minimise the amount of morbid content that gets added to my memory bank. (There are enough terrible world events in reality – sadly they’re usually worse than anything that could be imagined in a novel.) But the horrors in Captain Corelli’s Mandolin are buffered by so much joie de vivre that you somehow feel that you must keep reading – there’s a sort of relentless good spirit shown by the characters, a bravery that refuses to be dampened or trampled down, and it’s contagious. You plough on through, exactly as they do, and because you’re so irreversibly invested in each and every character, you stay with them until the bitter end, refusing to look away even when the worst nightmares become a reality.

I say all this as though CCM is the most depressing and soul-wrenching novel you’ll ever come across, but it isn’t – rarely have I felt so uplifted and so filled with hope after reading a book. Written with impeccable attention to detail, and with an acute understanding of the way in which humans work – how they can be so completely evil, or so selfless and brave. The numerous love stories that thread their way through the novel (father and daughter, daughter and lover, and – possibly my favourite – the love that soldier Carlos, the “omosessuale“, has for his male friends) are far from conventional; they force you to take what you thought about love and turn it on its head. Love, here, is far from the “girl meets boy” sentimental sort of love – it’s superseded by the need to survive. Characters do what they have to do to get through the war alive and love, rather startlingly, takes a back seat. (Although the greatest show of love in the whole novel is – quite literally –  a monumental one and it had me in floods of tears.)

So basically, before this post ends up being as long as the novel itself: get it, read it, share it. Captain Corelli’s Mandolin has instantly entered my little literary Hall of Fame, and if you’re stuck for something to read this Bank Holiday weekend then this would be my book of choice. Let me know what you think once you’ve finished it!

I bought mine from Amazon here*.