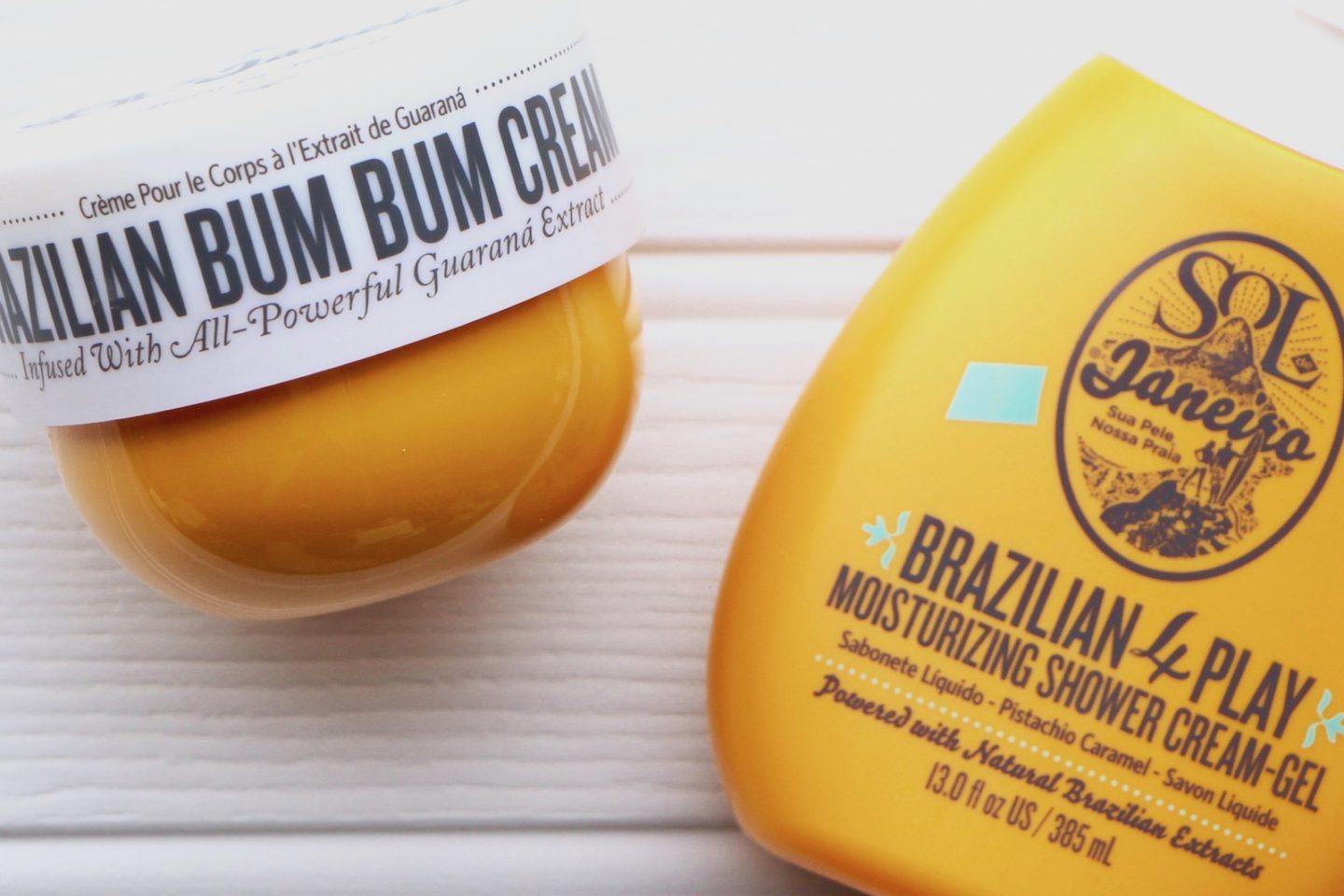 I inadvertently opened up what can only be described as a “beauty time capsule” the other day and was almost knocked sideways by the smell that came out of it. I was looking for some bikini hair removal cream (as you do, once a year if you’re me – it’s wedding anniversary time!) and stumbled upon a large plastic box at the back of the cupboard.

If you’re wondering how you can stumble upon anything in a cupboard (what cupboard is big enough to walk around in?) then let me tell you: I have the longest, scariest airing cupboard in the whole of England. I think it must have been part of the bathroom at one point, but someone put a wall across and had it made into a narrow, windowless room to hide the unsightly water tank. It’s almost impossibly thin, like a room that’s had the walls pushed in from either side and it has a tall ceiling, which makes it even weirder. I’m claustrophobic anyway, but venturing into this long tunnel of stacked-up linen sends my panic receptors into overdrive.

Anyway, I was walking the five hundred metres to the end of the cupboard, looking for my small toiletries bag that’s filled with things I don’t ever want anyone else to see, when I hit my shin on the edge of a big plastic box. And I suddenly remembered that I had packed all of my essentials and beauty must-haves into it before we moved house. That’s “moved house” the first time, to Bath, not the proper time, to the wilds of Somerset, so I’m talking about almost a year ago, here. A YEAR!

How I’ve lived without these essentials I’ll never know.

So I opened the lid of the box to be faced with this beauty time capsule; all of the things that had been in my en suite and next to the bathroom sink in our old house. Little glass bottles of face oil, carefully wrapped in muslin cloths, Fornasetti candles cushioned with dry flannels and padded with packs of cotton wool. It was actually rather nostalgic unwrapping it all and remembering how small Baby Ted was when we moved house, but I couldn’t really dwell on any of my thoughts due to the fact that I was being completely fumigated by a pot of Brazilian Bum Bum cream. 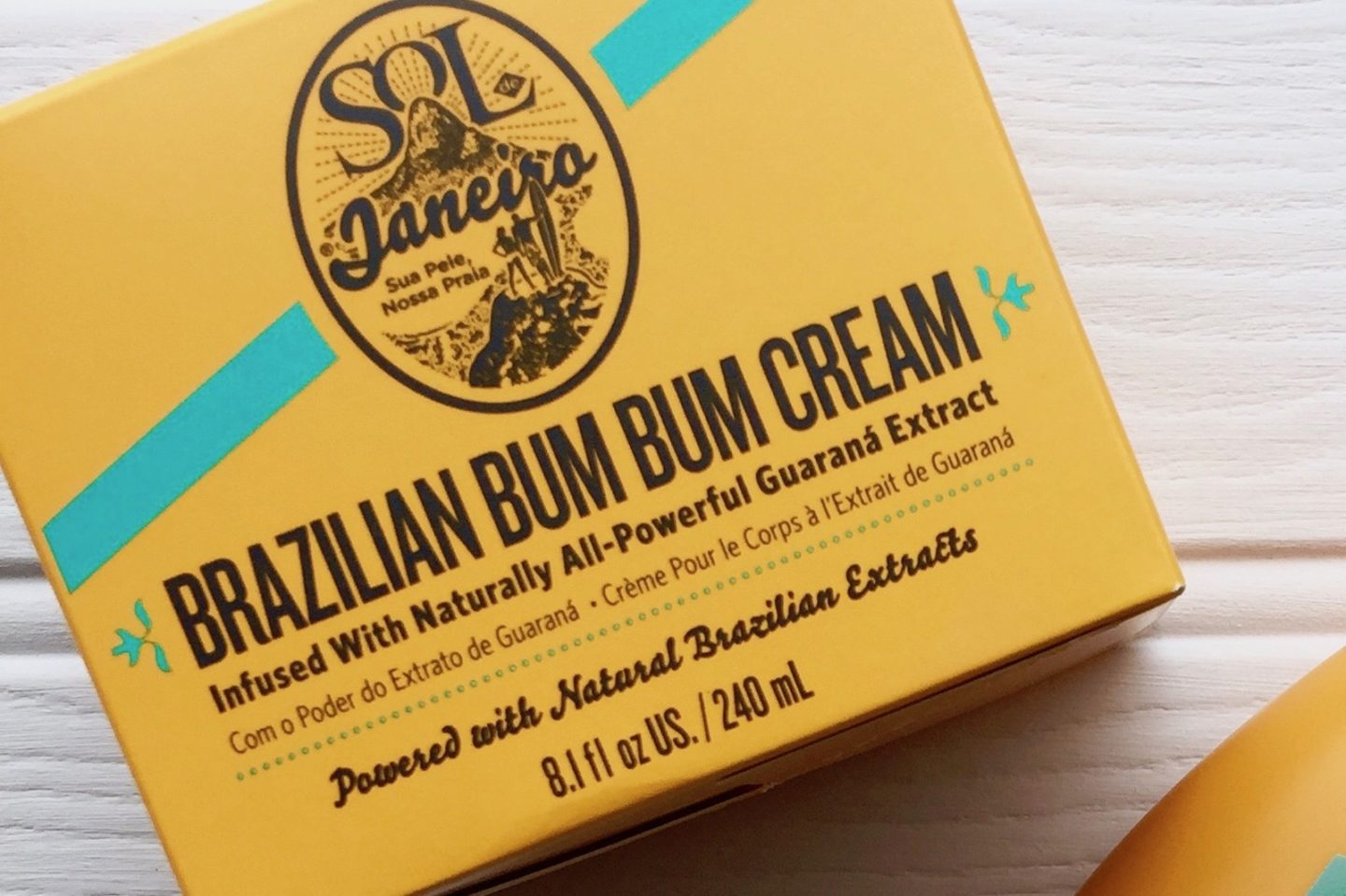 Have you heard about this Bum Bum body cream? It has quite the cult following and was one of the sell-out hyped-up beauty hits of last year. From Brazil – therefore approximately fifty times more desirable than things from anywhere else – it contains guarana, a potent source of caffeine, and is supposed to stimulate circulation and smooth the skin.

God knows. I can’t honestly get past the smell. Only Thierry Mugler’s Angel body cream is on a par with this – it’s so perfumed that you could apply it today and still smell of Bum Bum come Christmas. (Crikey. So many things wrong with that sentence.) Which is great if you love the scent and – fortunately – I think I do.

I say I think, because there’s a touch of something slightly untoward going on in this Sol de Janeiro Bum Bum Cream fragrance; the majority of the scent is pure, unadulterated summer – a caramel-rich, sun-on-warm-skin sort of smell – but then there’s just the slightest hint of bad aftershave. The sort of aftershave that might have a plastic golf ball as a novelty bottle stopper.

And on the one hand I can’t get enough of it – it’s like the sexiest girl on Copacabana has rubbed herself against one of the lifeguards – but on the other hand, my (admittedly not very sophisticated) sense of smell is somewhat offended. It’s as though someone has sprayed Brut on a mermaid. 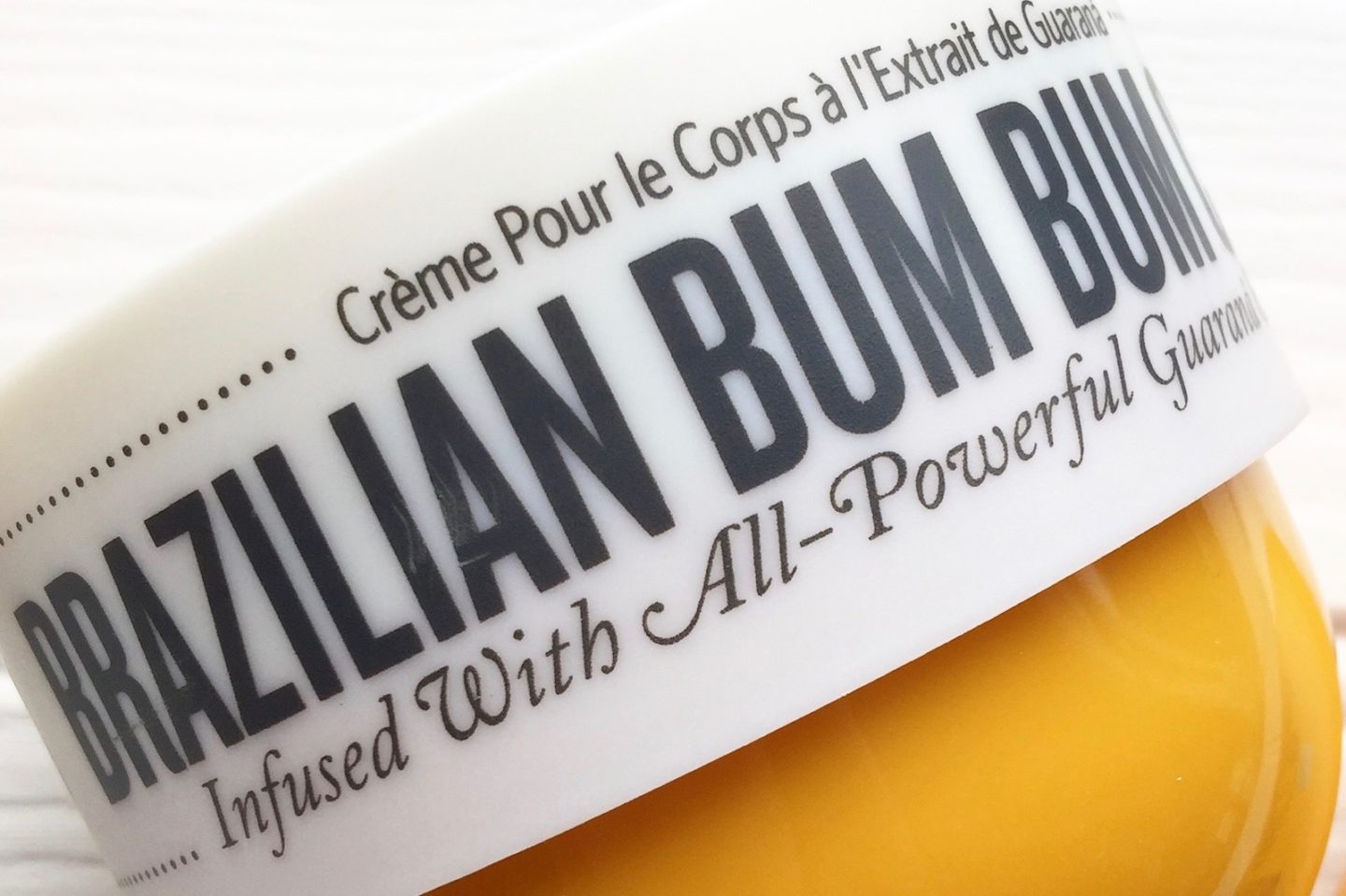 Perhaps, though, I should look at the overall picture here, which is the fact that I bloody love this Brazilian Bum Bum cream. I shouldn’t, because I have no doubt you can get similarly rich and nourishing body creams for less (it’s a whopping £44 a tub), but everything about it screams sexy holiday – and I mean SCREAMS. The packaging, which displays the name of the cream boldly around the side of the lid, rather like the waistband of a pair of designer boxer shorts, is the sort of thing you’d put in an interiors shot just to add a stylish bit of colour and typography… It’s just so ridiculously summery! If anything was going to get you in the mood for jetting off somewhere hot and drinking inadvisable amounts of Margarita then this would be it.

With regards to the bum-firming element; I’ll repeat that I have no idea. The cream is pleasingly rich, somehow also non-greasy, but I couldn’t quantify any actual results, especially from such sporadic usage. However, common sense does tell me that if you want to firm up your bum bum then you have to cut out the yum yums. There’s no cream that’ll do it for you – anyone who thinks that something in a pot, applied topically, is going to do any more than make the skin look and feel better is deluding themselves. And that comes from someone who wanted to believe for a long time that they could massage away their excesses with a bit of Clarins Body Lift.

(The Clarins one is an excellent body cream, by the way, though I do think for firming the skin and making it feel altogether tighter and smoother Murad’s body firming serum and creams are brilliant. They seem to be sold out everywhere – I hope they’re not discontinuing them.)

Anyhow, I reckon that by vigorously rubbing in the Bum Bum cream all over you burn up about fifteen to twenty calories, which is just less than a tenth of the calories in a Mint Magnum. Twice a day, vigorous rub-a-dub and by the end of the week you (I) will have cancelled out your (my) Saturday night treat. Choc ice, guilt free! God, life is too short to be that boring.

You can find the brilliantly-named Brazilian Bum Bum cream here* at Cult Beauty. For a more elegant scent and packaging and a lighter – but no less moisturising – cream, take a look at the Almond Milk Concentrate from l’Occitane. And if you want to wear your perfume all over and never, ever be able to wash it off, ever again, have a go with Thierry Mugler’s Angel Body Cream, which would stun a horse at fifty paces. Great stuff. The scent is warm and chocolatey but incredibly feminine – Debenhams currently have it on sale (here*).

Let me know if you’d like a little “tour” of the beauty time capsule – perhaps I could video it?