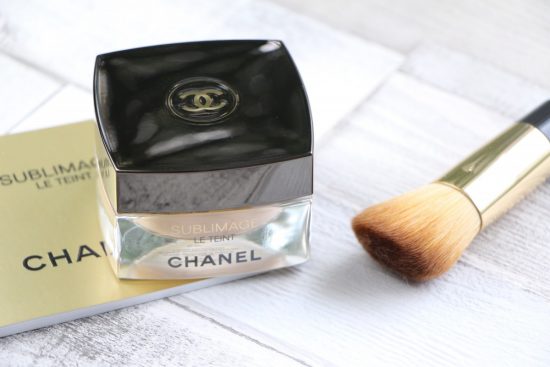 This was never going to be an easy foundation to test. The price tag (£98) attached to Chanel’s new Sublimage Le Teint is just impossible to ignore. Usually, when I’m in the trial stages of preparing a beauty review, I try to forget the price and just see the results for what they are – the “value for money” aspect of my ponderings comes a bit later. But in this case, the premium-premium price was ever present in my mind – it was impossible to touch the glass jar or blend with the soft brush without constantly thinking can this REALLY be worth almost a hundred quid?

And the thing is, there’s nothing particularly wrong with Chanel’s Sublimage Le Teint – it blends nicely (though better with a different brush to the one provided), it keeps a fresh feel on the face for the most part of a long day, it has a lightish-to-medium coverage that many will like for its “real skin” finish and its creamy texture is suitably sumptuous for a luxury makeup base. It’s sort of like a more voluptuously-textured, slightly less radiant foundation than Les Beiges.

But there’s the rub – Les Beiges is a comparative bargain at £36. It also comes in a bottle, which is infinitely preferable to Sublimage’s faffy, messy glass pot and it has a similar comfortable feel yet with better coverage. Yikes. 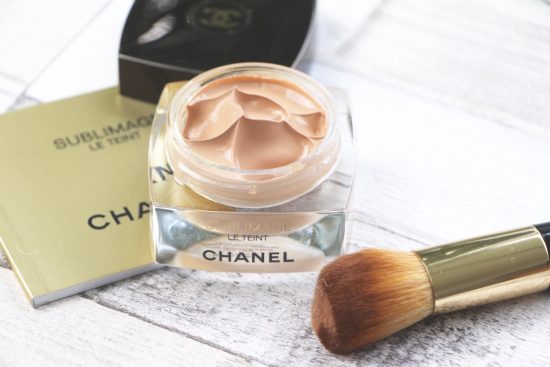 I think that Chanel have a problem, here, (minor one, admittedly, because the super-rich people I’m guessing that Sublimage is aimed at will blatantly lap it up!) in that their existing foundations are so lovely. Perfection Velvet Lumiere hovers about in my top three bases of all time, Les Beiges definitely would do if Velvet didn’t exist (read why here), Perfection Lumiere is a makeup artist favourite and Vitalumiere Aqua is just the dream combination of hydrating, plumpy base with dewy, healthy finish. Chanel have it all covered. Did they need another face base in the line-up? I think not. Will spending £98 on their new offering add anything to your beauty life? A resounding no. 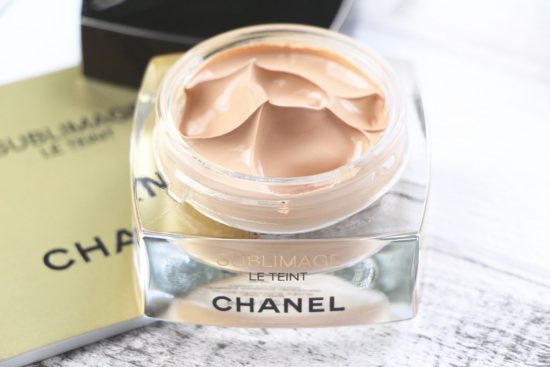 Look, if you want it because you love Chanel and you have cash to flash and you simply have to have the latest thing with a double-c logo then it probably won’t disappoint. But I still think that Les Beiges would be the better choice. Here are my before and after photos of Sublimage Le Teint, for your reference: 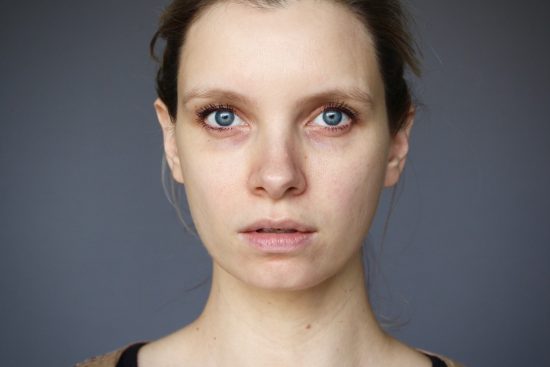 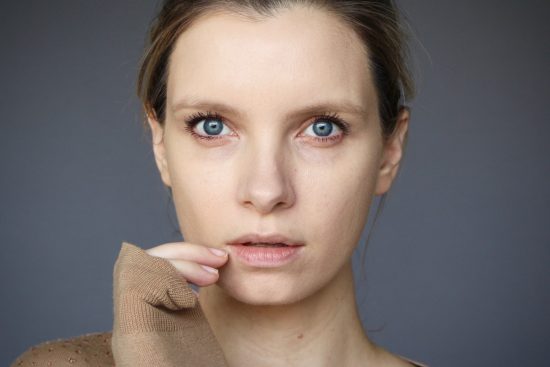 There’s a nice glow, the edge has been taken off dark undereye circles and the skin looks even and fresh. Shade 20 is a perfect match for my skin – though I knew that already. Here are the skin close-ups: 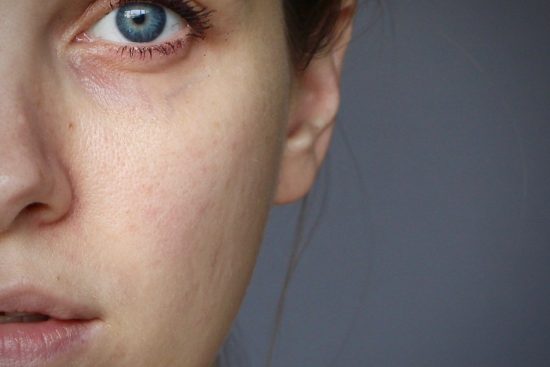 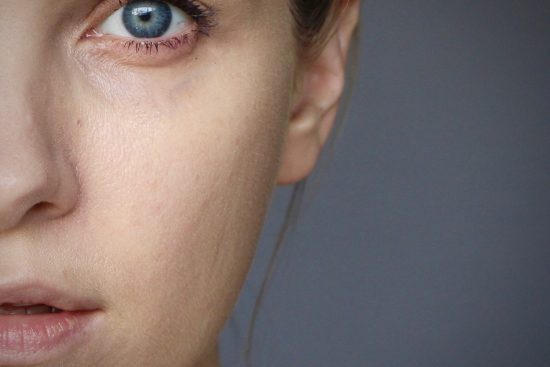 You can see that some redness on the cheek has been knocked back and the faint blemishes are nicely covered, but not totally covered. Had these been proper spots or areas of discolouration, they’d still very much be on display.

In terms of texture, Sublimage is creamy but I’m not sure it offers much more in the way of a nourishing feel than Les Beiges – if you had very dry skin, it wouldn’t feel any more comforting or hydrating, despite the jar presentation which I assume is to make using the product feel more like a face cream than a face base.

Has anyone else tried Sublimage Le Teint? I’d be interested to hear your feedback, especially if you’ve also tried Les Beiges. I’d reiterate that it’s in no way bad, it’s just not as good as the existing Chanel foundation arsenal. I was expecting absolute miracles (By Terry’s Densiliss, at £79 here, is a comparative dream) but they didn’t appear. (Same, actually, for Suqqu’s new creamy foundation in a jar, but more on that one another time.)

You can find Sublimage Le Teint online here – it costs, if you hadn’t already absorbed this fact, £98.