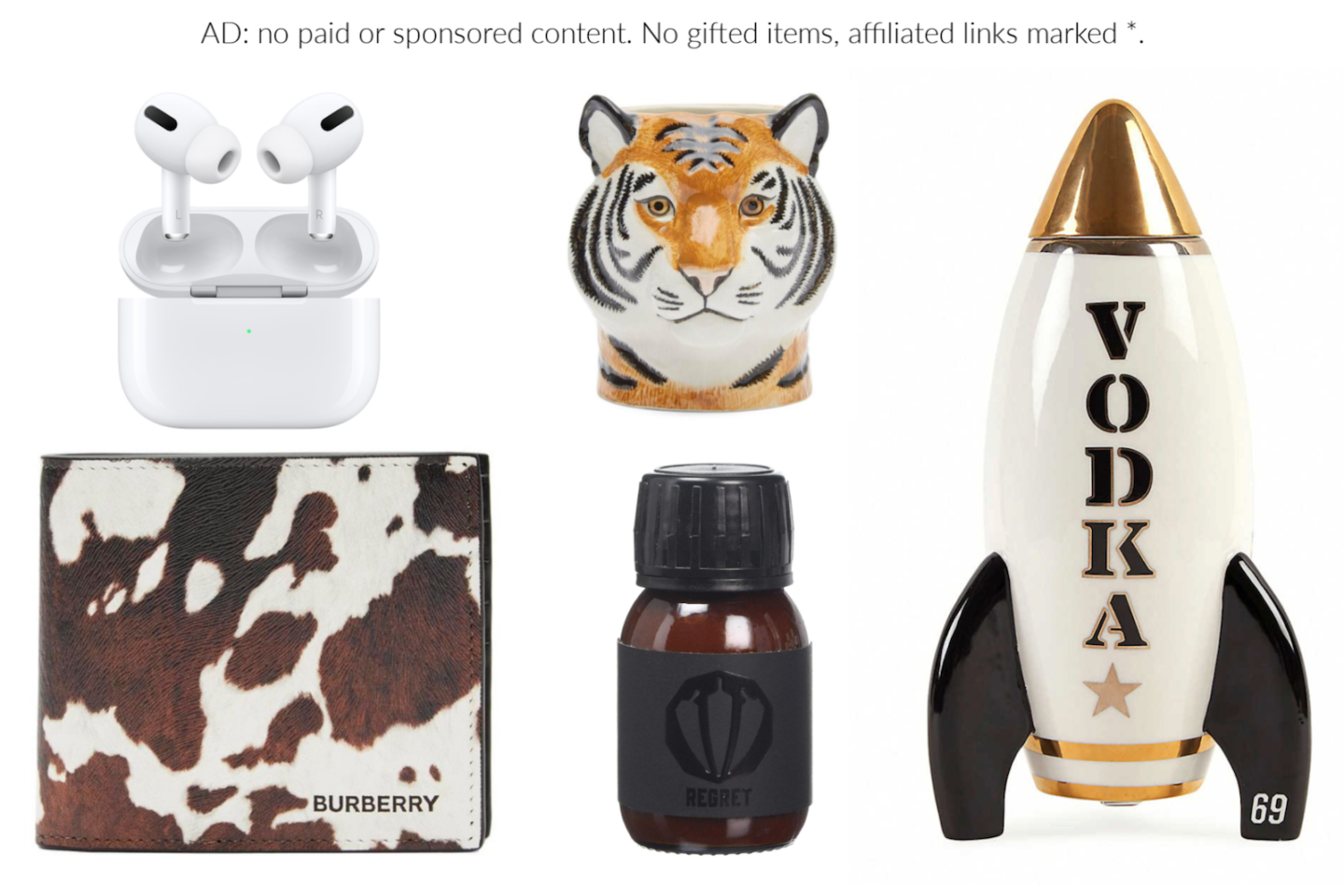 I’m going to start with the men’s gift guide, this year, so that it doesn’t come across as an afterthought. Don’t you think that a lot of the time men’s gift guides are just far less exciting and inspirational than the women’s ones? I find them so difficult to put together – but then I find buying things for Mr AMR quite complicated, so I suppose it’s not surprising. What I think he might like is always so far from the truth – in my mind, he wants a swanky new Tom Ford wallet, in reality he is in his element going around the garden with his battery-operated leaf-blower.

So here are some ideas for men’s Christmas presents. I’ve tried to cover all bases and price points but let it be known that it is hard not to be drawn into featuring the usual suspects. A shaving set. Novelty socks. Some funky-looking vodka. A soap that looks like a turd… 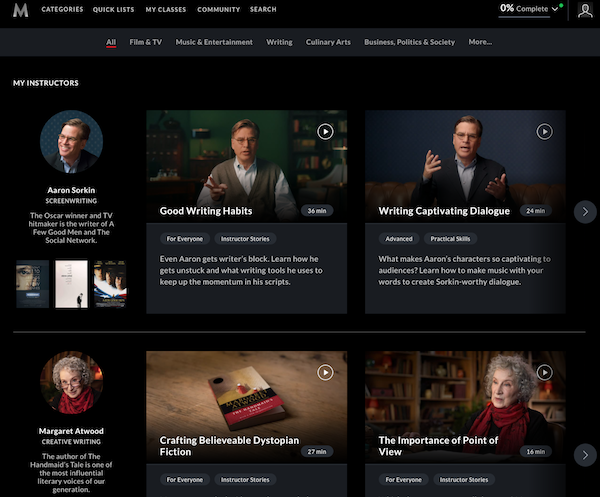 OK, the first thing I want to talk about is something called Masterclass. Have you seen this advertised? It’s so good. It’s basically a series of video masterclasses from leaders in their fields – so you can have, for example, a film-making masterclass with Jodie Foster, makeup lessons with Bobbi Brown, beat-making classes with Timbaland and high-powered, motivational business classes with some of the world’s highest achievers. It’s such an excellent gift idea and a full access pass, which gives you access to all of the lessons from violin-playing to haute cuisine-cooking, is £170. And it’s currently buy one get one free. One for them, one for you. What’s not to like?

I think that this is the perfect gift whether you’re happy in your career and just want to broaden your interests or dying for some inspiration to turn your life around. I’ve already joined and I think it’s absolutely genius – I’ll be reviewing soon, so watch this space! 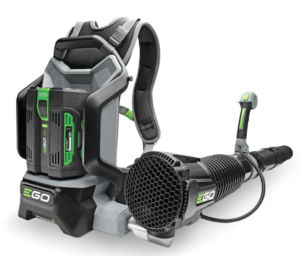 Mr AMR wouldn’t forgive me if I didn’t talk about his battery-powered leaf-blower, so here it is: the Ego Power Plus blower. Mr AMR would also like it to be known that all of the Ego garden tools are very good, including the lawnmower. You have a rechargeable battery pack that fits into all of them and is interchangeable, so you can go from mowing to blowing at the blink of an eye. He bought all of his many, many, many tools from Ego Power Plus here.

Note that the backpack blower makes whoever’s wearing it look like a character from Ghostbusters. Which is a comedy bonus. 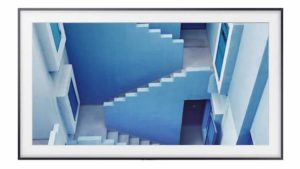 Something else from Mr AMR’s list of favourites; the Samsung Frame TV. In all fairness, this would be on my own favourites list because it has completely changed the look of my living room. I think we have the older model now, but they look pretty much the same; it’s a TV with a wooden bezel (frame) that sits absolutely flush with the wall so that it looks like a gallery-hung picture. The screen displays a picture whenever the TV is off and it looks completely realistic. I can’t recommend this TV enough, especially if you – like me – absolutely detest the look of televisions on walls. 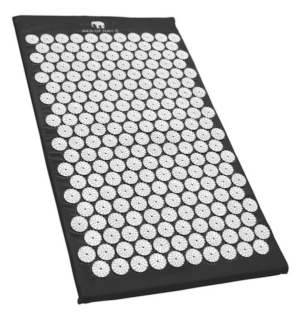 One last thing from Mr AMR before we move on to gifting pastures new: the Bed of Nails, which has been featured many times in the past. It’s one of his most prized possessions, this mat-with-spikes and he slides it out from its hiding place beneath the bed whenever he has a headache or can’t sleep properly. I have no idea whether it actually cures headaches or helps you to sleep properly but he swears by it for just about every ailment and sense of discomfort. He says that he enjoys the pain of the spikes – “it’s a nice pain”. Worrying.

Oh, OK, one more idea from Mr AMR because he did spend ages lying in the bath writing his list to help me out… Brace yourselves for this one people… Third on his list? The Bose Frames Audio Sunglasses*. Sunglasses that play your audio through the sunglasses. Sounds weird, doesn’t it? It is totally and utterly weird. But Mr AMR has tried them and can vouch that they do indeed play music via the material of the sunglasses and that it somehow magically ends up inside your ears. Who knows how? Who cares? Surely this is the future! Buy these and he can wear them when he’s riding his hoverboard to work… 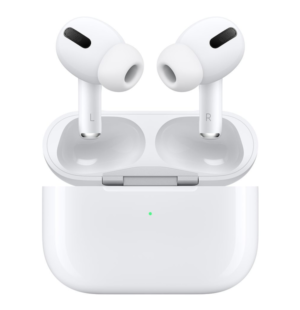 Whilst we’re Back to the Future, let’s take a look at the Apple Air Pods Pro, £249 from Apple here*. Currently with free engraving, which perhaps makes it a bit more of a thoughtful, personalised gift – tech always feels quite sterile to me! Anyway, these noise-cancelling, fully-immersive in-ear pods are the absolute bees knees – even if they do make it look as though you’re talking to yourself when you take a call on them… 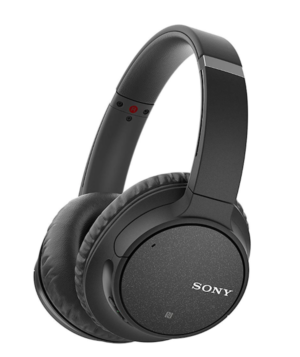 If Apple’s enthusiastic pricing is a little too – er – steep, then plump for these noise-cancelling headphones from Sony. They’re comfy, effective and are a comparative snip at £79. Find them at Amazon here*. 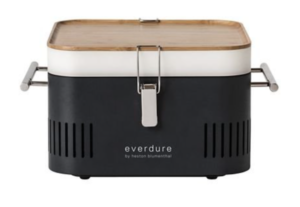 Now we’re really cooking on gas! Or charcoal… The Everdure BBQ by Heston Blumenthal is compact and perfect for stowing away on camping trips. For some reason I can’t imagine Heston Blumenthal cooking on a BBQ, I only see him lifting heavy pans in the kitchen, but still: the BBQ is really cleverly designed. Find it at Amazon here* – it’s £149. 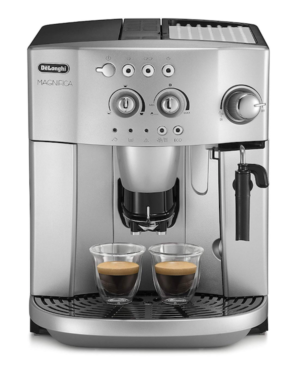 Continuing along the catering line of thought, I’d like to introduce you to a really excellent coffee machine. I know it is because I bought it for Mr AMR last year and he makes coffee for anyone who passes within a three mile radius of the house, because he seems to have an easily triggered hospitality reflex, so it has been tested to its limits. It’s the De’Longhi Magnifica and it’s robust, reasonably compact and makes great coffee. I’ve been told. Don’t touch the stuff – I prefer wine. Find it at Amazon here* – it’s currently £249.99 in the Black Friday sale. 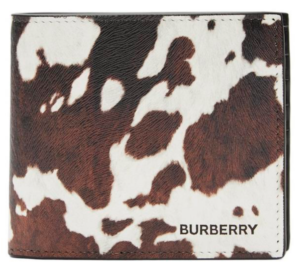 Random quirky-luxe item: the Burberry Cow Print Leather Wallet, £280 at Liberty here*. I rather like this for myself!

I am adamant that Taschen’s Helmut Newton book is one of the best coffee table books (if not the best) that money can buy. It’s sexy, it’s fascinating and it’s absolutely HUGE – they don’t call it the Sumo for nothing! This one is a total showstopper and costs £100 here* but I see that there’s a newer edition that’s a standard book size. You can find the slightly smaller one here* for £55. Helmut Newton is one of my favourite photographers, there’s just always something new to pick up on in the images. He’ll never grow tired of this book… 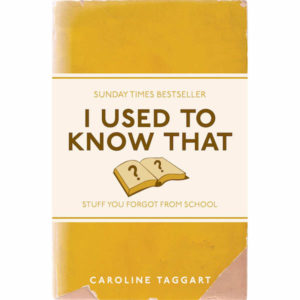 And for those who would rather do some downstairs loo learning than look at glossy nudes, there’s I Used To Know That: Stuff You Forgot From School, £5.24 at Amazon here*. He’ll be boring you with academic facts for the entire holiday season… 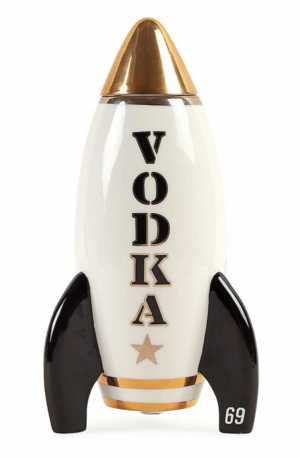 A rocket vodka decanter. Because who doesn’t need a Vodka Decanter? Jonathan Adler, always the King of Fun… Find it here* at Selfridges, £150. So cool. There’s also a gin and a whiskey one, if you fancy a Starfleet moment. 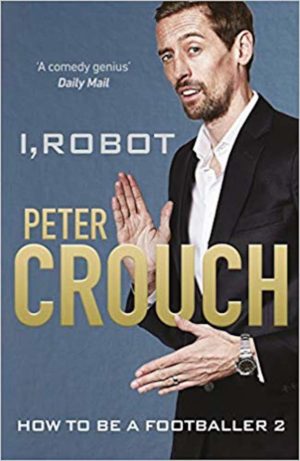 I’ve been dying to include this in my gift guides: I, Robot: How To Be A Footballer 2, by Peter Crouch. Perhaps an unusual choice for someone who has absolutely zero interest in football or footballers, but I read an extract in The Times a while back and it was really quite excellent. I bought it straight away and it’s on my book pile waiting to be started. Yes, I’m going to read a book about football. The world must be ending. Find Peter Crouch’s second bestseller on Amazon here*. 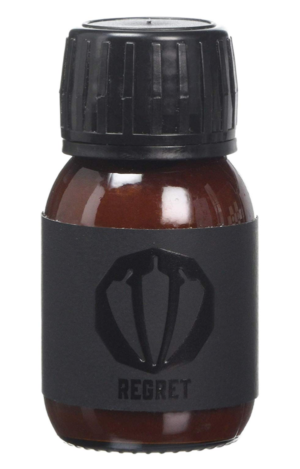 Could this be the world’s hottest chilli sauce? It’s called, simply, Regret. Made on the Wiltshire Chilli Farm, I can’t think of a more worthy grocery item for filling a stocking… Find it on Amazon here*, it’s £14.95. 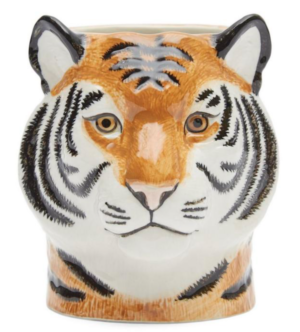 The Tiger Who Came To Tea: this’ll keep his pens in order. I love these pen pots from Quail – they also do egg cups and vases, all of them slightly kitsch and offbeat. Find the tiger one at Liberty here* – it’s £25. 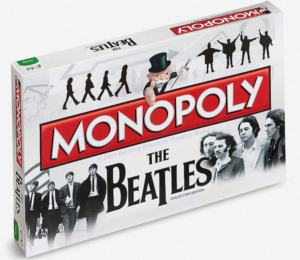 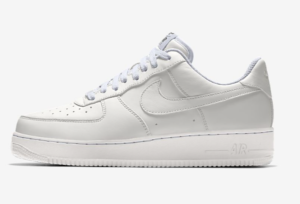 Can’t find the perfect trainers for him? Why not take my very risky and potentially quite dangerous route and customise him a pair? This is probably the worst suggestion I’m ever going to make and you’ll have to forgive me in advance – sometimes unlimited choice isn’t the best thing… Haha. Go crazy, go wild, he’ll hate them but he can’t take them back! If only you could have your face printed on them… £85 at Nike here*. 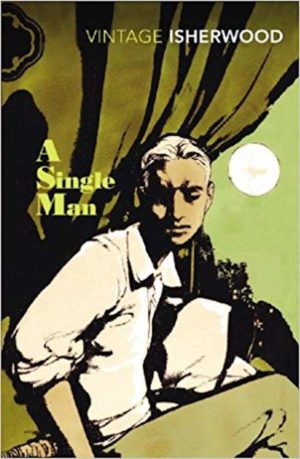 A Single Man by Christopher Isherwood; a classic, chic stocking filler with a gorgeous vintage feel. This’ll keep him occupied over the holidays, when he’s not leaf-blowing or puking over your customised trainer design. £6.47 at Amazon here*. 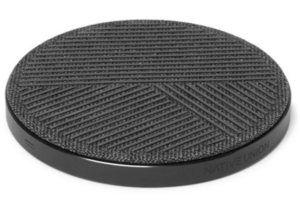 Finally, the Drop Wireless Charger from Native Union is a sleek, chic phone charger that looks space-age and takes up hardly any room. This is currently £26.99 on Amazon* but is almost fifty quid on one of my much-frequented luxury websites! A slick piece of tech that won’t break the bank…