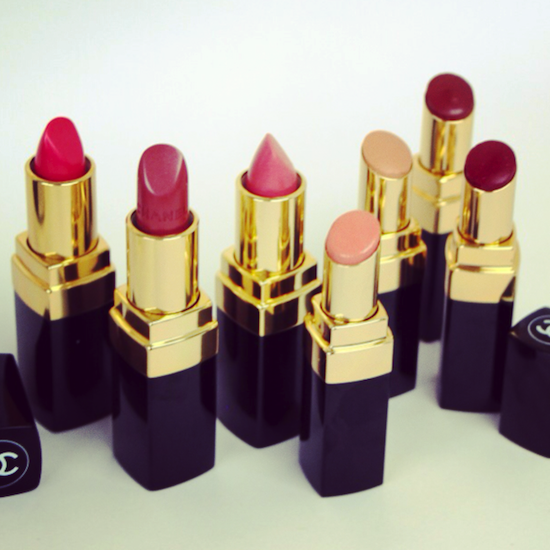 I’ve been having a play about with Chanel’s Avant-Première collection – it has been on counter for nearly two months now, so I’m a little behind-the-times, but I have fallen firmly in love with two of the new Rouge Coco Shine shades. Some of you will guess which two straight away, because you know how predictable I am! It’s the peachy one at the front (middle) and the strange, pale, concealer-toned one behind it.

The peachy one is called Interlude and the paler one is Ingénue; both are light in colour but the juicy sheerness of the Rouge Coco Shine formula means that they give more of a pastel gleam than a scary, opaque milkshake-mouth. I’ve been wearing Interlude loads – you can see it in action in my latest video. I’m also wearing it in the rather grainy photograph below, though you may not see it quite so clearly as in the vid: 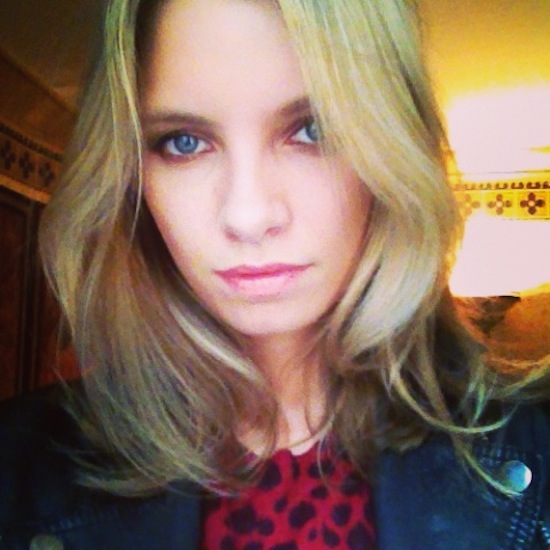 The paler Ingénue is interesting; it almost has the same effect as patting a teeny amount of concealer over a shiny lip-balm. It doesn’t blank the lips out, but it has that same nude-pout effect. Except that there’s none of the faff that goes with an opaque, ultra-pale nude lip. (ie, it doesn’t make you look dead.)

There are six new Rouge Coco shades and eight new Shine versions in the Collection Avant-Première de Chanel. There are lots of what I like to call “prim and proper” shades but after the vibrant orangey reds of last year’s Rouge Allures I think that it’s a very nice change. Sometimes you don’t want your lip colour to “pop” (my most hated beauty word), you just want your lips to look polished and smart. With a perfect foundation and a lick of mascara, it’s a no-fuss, chic makeup look. Pass me my cashmere twinset and pearls!

You can find all of the new shades online – if you’re stuck then try Boots, they normally have quite a good stock. Lipsticks are £24 and there are also four new nail shades, £18.

(In the photograph above, from left to right I have shown Le Baiser, Grace and Liaison, Interlude and Ingénue and then the two very dark reds are Scenario and Fiction.)