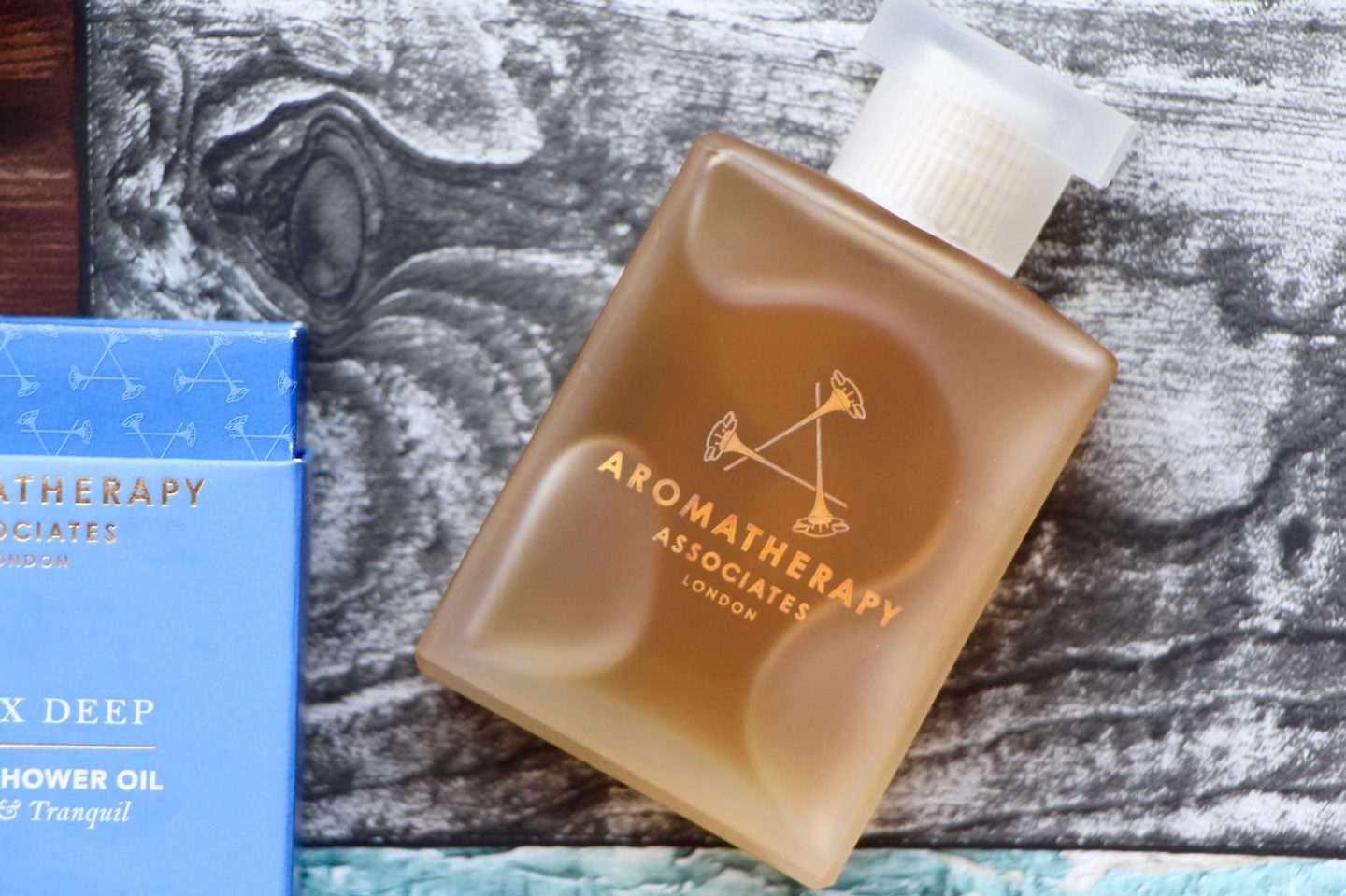 I’ve tried a lot of these “relaxing” bath oils now  – mainly due to the fact that I seem to live in a permanent state of self-induced life-stress – and I can tell you that the Deep Relax from Aromatherapy Associates is one of the very best.

I seem have two functional modes: completely hyper, highly strung, sort of like Roadrunner on speed… and then total collapse. It’s probably not the best or healthiest way to live, but it seems to be the way I’m built. I have to forcibly relax myself in the evening by hiding my laptop and forgetting where I’ve put it (I have no short-term memory left, so it’s quite easy to lose it on purpose) and the only place I truly, truly switch off is in the bath.

Now look; this stuff is pricey. But you have to think of it as almost medicinal, rather than purely luxurious. This isn’t just a crap quality carrier oil with some drops of artificial perfume added in, this is a highly concentrated blend of very carefully-chosen essential oils. Vetivert, Camomile and Sandalwood to calm, relax and comfort – the most beautiful low-key, sleep-inducing smell. Aromatherapy Associates are, quite frankly, near-genius at blending oils – everything they make does exactly what it says on the bottle, whether it’s relaxing, reviving, de-stressing or mind-clearing.

So dispense with the fancy bubbles that smell of cake-shops. If you really want a proper, effective, value-for-your-money treat, then this is it: just a capful, which is a teeny amount, and you transform your bath into a personal spa. And I know that many brands say stuff like “bring the spa home!”, “create an exotic spa in your very own bathroom!” but this oil actually does do something quite special. I used it after I had found my toddler “doing the crossword” on my new, white 1200 thread count bed linen, and my jaw miraculously unclenched itself, my brow un-furrowed, my fingernails gradually worked their way out from the palms of my hands…

Deep Relax is the one, I think, if you work too hard, play too hard, have kids too hard or are generally just alive in the 21st Century. Because it’s almost impossible to switch off, isn’t it? No matter how many times I’m told to “keep the electronics out of the bedroom”, I can’t seem to abide by the rules. If Mr AMR wasn’t an android, it would be easier, but I can’t very well leave him outside the bedroom door. Unless I put him into standby mode.

And as for “Light Relax”, the gentler version of this oil that Aromatherapy Associates make, why bother? I mean, it’s nice it exists, options are nearly always a good thing, but when have you ever thought to yourself, ooh, I’d love to just relax, but not totally. Like, I’ll curl up with a book on the sofa but make sure that the cat continuously claws at my cashmere throw the whole time I’m lying there. Light Relax, Relax Lite. Go for a beach holiday, but take your tax paperwork as reading material. Put on a face mask, but listen to the soundtrack from The Shining. Just relax a little bit. Not too much. Go for a spa day, but take your most annoying work colleague – Barbara from renewals who never stops talking about her dog.

If it’s pure, hit-with-a-frying-pan sleep-coma you want, then take a look at the pillow spray from This Works. If it’s something more uplifting and jolly, I can highly recommend the Energy Burst drops from NEOM. They work in the bath or shower – as do the Aromatherapy Associates oils. If you only have a shower to work with, just press a little capful of the oil between your palms and pat over your body. I like to just use on my upper body so that I can breathe in the scent – if you apply it to your chest then it stays there for quite an impressive amount of time before it gets washed away!