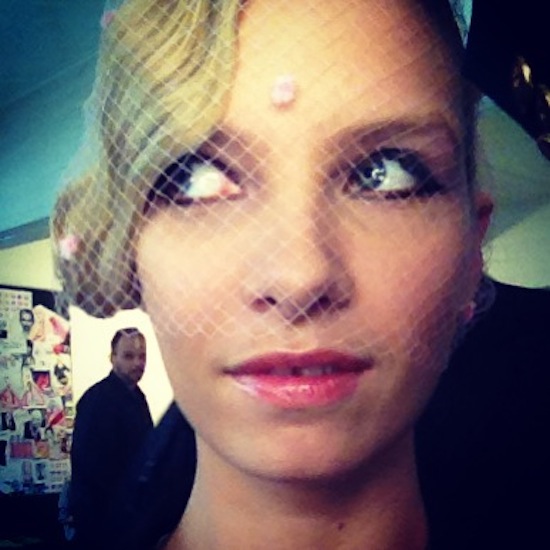 Last week I went to Paris for the launch of Dior’s new mono eyeshadows and Iconic Overcurl mascara. I have the mascara on right now, and it is fabulous. After you’ve read what’s to come on this page I would completely forgive you for thinking that I was slightly biased in my opinion, but you’ll just have to trust me. I’ll do a full review on the release date, which should be February 8th.

So: Paris, Dior, merci mille fois. I had such a brilliant trip, it was really quite magical. First, a day at the famous Pin-Up studios (I shot there many years ago, was nice to be back) where I had my hair and makeup done and took part in a mini photoshoot. Busman’s holiday! you might be thinking, but no; I enjoyed my mini session immensely. I almost dislocated my shoulders getting into a sample-size Dior dress, but even that didn’t dampen my enthusiasm. It was a clever, clever way to launch new product, showing it off in the “backstage” environment with a proper artistic team and photographic crew. 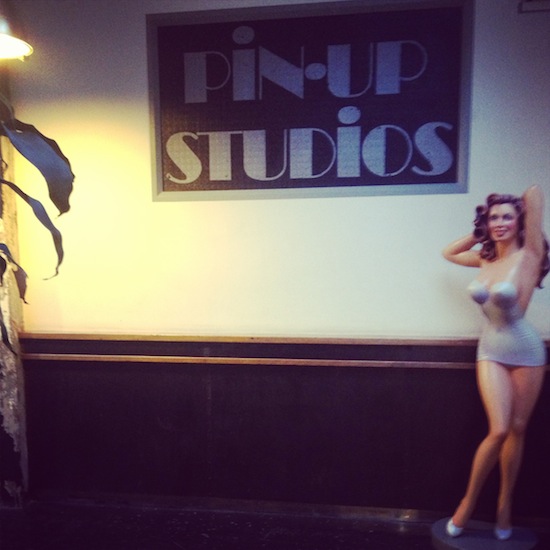 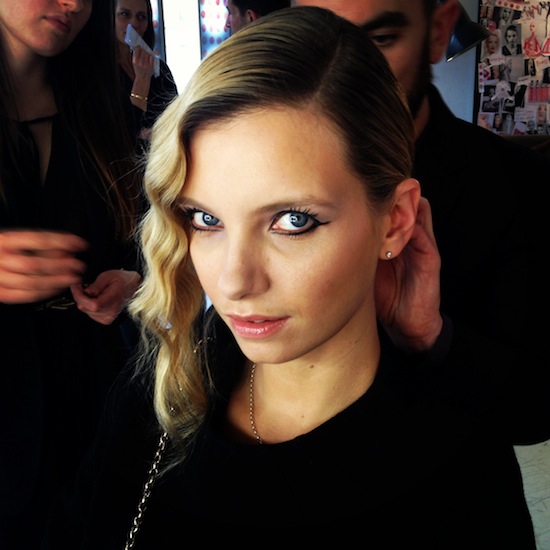 A brief power-nap in my hotel room, and then downstairs to the Plaza Athenée ice-skating rink (yes it has one, it’s the most ridiculously sumptuous hotel!) for cocktails and a dinner laid on by Alain Ducasse. Absolutely everything had been thought of; hand-warmers, blankets, even proper thermal gloves! A St Bernard dog welcomed everyone in to the winter wonderland scene (not literally, she couldn’t speak) and there were nifty French waiters in smart puffa jackets to escort us over the ice to our seats. 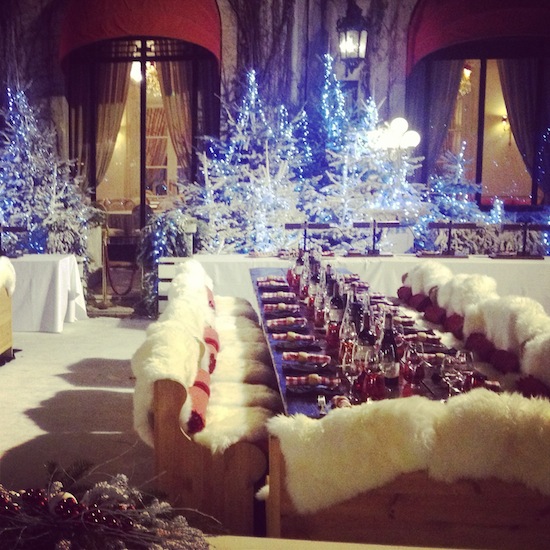 Dinner was a mighty fine Pumpkin soup, followed by Raclette. Have you ever had raclette? It’s bizarre but delicious! Melted cheese, scraped onto your plate (I think raclette means “scrape”) and then served with things like mini gherkins, cold meats and boiled potatoes. So simple, but so warming in our icy little dining room. I managed to not drink all of the wine laid out – in fact I thought that I was uncharacteristically well-behaved – but could easily have carried on into the night had my feet not started turning into little hard blocks of frozen matter. 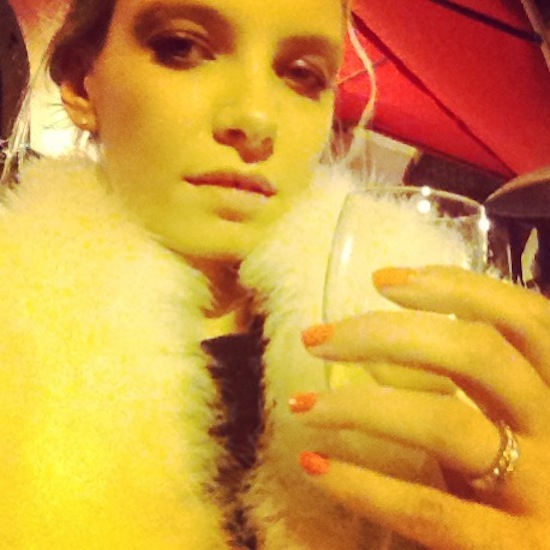 What a great idea for a dinner though – really unusual and decadent but in a thoughtful way rather than being too splashy or – a new word in my vocabulary – swonky. Actually quite an achievement when you consider that it took place in the Plaza, a hotel that pipes Fabergé fragrance into the air and has a pillow concierge.

I’ll keep you updated with the new Dior launches and take some pics of the Overcurl mascara on my lashes – until then, feast your eyes upon this little Vine video that I made! It’s a bit dizzying, but what do you expect when you have to fit everything into six seconds?! There’s also a bit more info on the Dior launches over on britishbeautyblogger.com and a peek inside the beautiful flagship store in Paris.