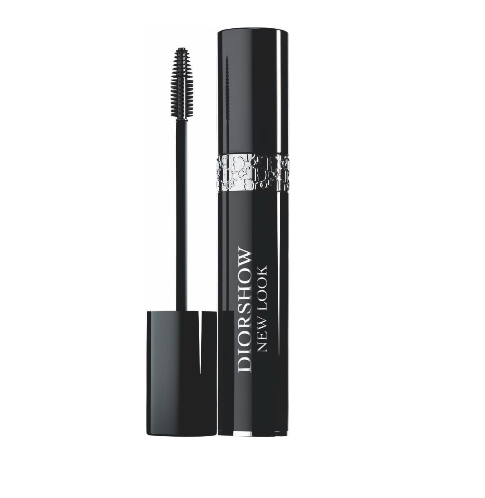 My latest ‘big tick’ mascara is Dior’s “New Look” – I will be putting it into a video very soon, but if you want to see the effect after just one coat, have a quick re-watch of the latest video, A Dozen Red Roses.

Nice, isn’t it? A really sophisticated effect. What I like about this mascara is that it’s slim, so it’s precise, yet it still builds volume. With massive chunky brushes I tend to get mascara all over my lids and I never really catch the roots properly, but with smaller brushes I can get right down to the base of the lashes and really build volume. It makes lashes look so much longer (obviously!) if you catch them in their entirety, but another thing that helps is if you manage to also paint all of the little semi-lashes that are just growing through. Most mascara brushes miss these fine, stumpy lashes, but the “New Look’ brush has a lash-catching micro-head, to (and I quote) “[slip] into the slightest gap to catch every lash – even the shortest – with the precision of a couturier’s hand”. Nice!

So, if you’d like to have a wand that, spookily, slips into the slightest gap with a couturier’s hand, then this is the mascara for you! In all seriousness, I think that it really does create gorgeous, full lashes – and there’s no clumping or annoying bobbly blobs. The brush, on close inspection, is quite rubbery, which makes it comfortable to use at the roots of the lashes and also very flexible for precision application. There are loads of rows of different spikes – a bit like the Tangle Teezer! – that really separate and extend the lashes.

The mascara formula itself contains a “Dior Black Glass” pigment that coats the lash with light-reflecting particles to increase depth and shine of colour. All very clever, and it stays on until you want to take it off, too! I had to soak mine in a little bit of eye makeup remover before using my Liz Earle Cleanse & Polish, but it was nowhere near as difficult as removing waterproof mascara.