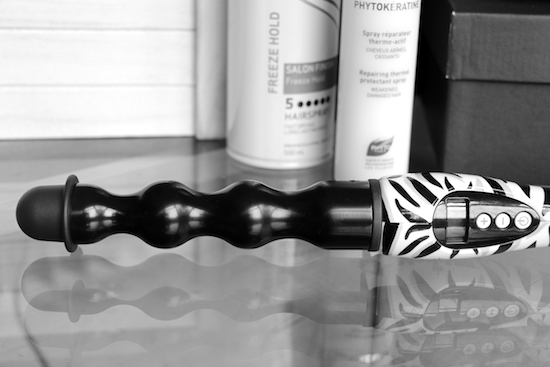 We need to talk about Mark Hill’s Wicked Waver. Because although it looks a little…unconventional…it’s actually one of the easiest hair tools I’ve ever used. No moving parts to tangle up your tresses, no complicated sectioning rituals; just easy, relaxed waves requiring the absolute minimum in terms of effort and skill. It’s hair styling at its best: foolproof, fast and no real powers of concentration needed. You can do your hair and watch kittens on Youtube all at the same time.

I love the look of casual waves and loose curls, but I find the old-school heated hair tongs to be a bit of a faff. Tongs are the tool of choice for proper hair stylists on shoots and backstage, but I think that they’re easier to handle when you’re working on somebody else. That clamp! The number of times I’ve managed to get all of the hair onto the tong and then burnt myself on the clamping part, I can’t even tell you. I’m simply not dexterous enough for them.

And then, bursting onto the hair scene with the answer to all of our curling needs, there was the waving wand. With its tapered shape and lack of troublesome clamp, this seemed to be the easy solution for people who struggled with the traditional tongs. You just wound the section of hair down the length of the wand and then held it in place by grabbing the very end of your hair with your fingertips – heat-resistant gloves often provided, for this very purpose. All well and good; the waving wand was a roaring success, with “loose and randomly sized curls” tumbling over people’s shoulders all over the shop. The waving wand or curling wand created a low-maintenance, casual hair look that was pretty much effortless. But my problem with wands? Twofold. First of all, the tapered shape of it meant that – unless you wound all of the hair around the thicker part of the wand – you got smaller, tighter curls as you moved towards the ends of the hair. Which looked both weird, and a bit eighties. Secondly – again partly because of the tapered shape – I found that quite often I would wind all of my hair into place and then the whole lot would just go slipping off, if I wasn’t careful. Which I wasn’t. Careful. I am the least careful person when it comes to hair styling – I lose interest after approximately twenty-two seconds. 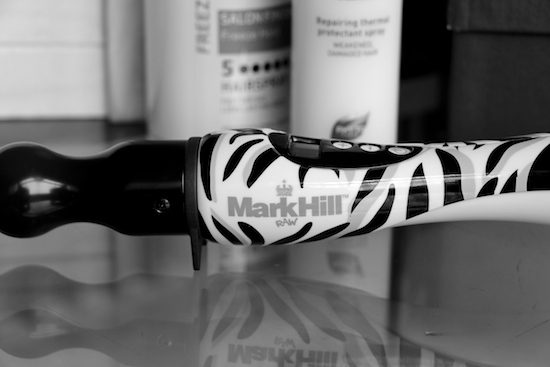 So wanding, for me, was never a great success. It’s a brilliant tool, but it takes a bit of concentration if you’re not wanting spiral-ended perm hair, and you have to be wary of the slippage issue. But now I’ll chuck another wand into the arena, if you’ll excuse the bizarre image; the sex-toy pretender that is the Wicked Waver. At first glance, you’d be forgiven for thinking that this was gimmicky – a bit of a novelty tool that you might buy for your niece’s Christmas present and never hear of again. But look – look at those bauble-bumps that swell their way down the iron (top photo); these, my friends, may look faintly ridiculous, but they are single handedly the best idea in Hair Tool Kingdom. They stop your hair slipping out of place, you see: you just wind your length of hair around the waver and there’s no need to even engage your brain – the bumps keep everything where it should be. A Yak could use this heated hair appliance.

There’s a tendency, if you’re not concentrating (which I’m not – see previous), for the hair to “gather” in the troughs between the bumps rather than spreading evenly down the tool. This isn’t a problem for me. It gives an even, nicely-sized wave or curl if you lazily wind the hair in this way. Zero effort, perfect curl. What’s not to like about that? If, however, you wish to make full use of the Wicked Waver‘s capabilities, you can form more random waves and curls by winding the hair all the way down the wand, creating larger waves when the hair wraps around the bauble bits and slightly smaller ones where the hair sits in the pinched bits in between. Either way, the results are great. And it’s almost effortless – stick on the heatproof glove (I use two so that both hands are protected – you can’t be too careful with these hot things. I’d wear heatproof ear guards if they did them) and away you go. You hardly even need to look at what you’re doing: which I don’t. 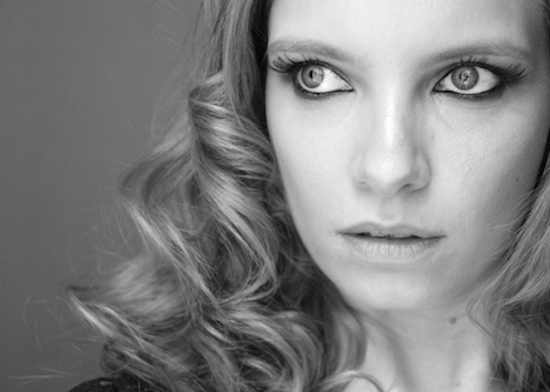 The Wicked Waver heats up incredibly quickly and there are different temperature settings to suit various hair thicknesses and types. Always start on a low one to see what kind of fry-ability your hair has, and I’d recommend spritzing some kind of heat protectant through your hair pre-curling, just to keep things nice and conditioned. You can see the results of a six-and-a-half-minute Wicked Waver session above (I quickly wound some waves in before going to the Empire Film Awards) and also in my Spring Lookbook video, picture below. They were actually the same waves that I did for the Empire Film Awards, just a day or so later. The curls stayed in brilliantly, so I just pepped up my roots with some dry shampoo and kept on reviving them! (Gross, yes. But also very convenient.) 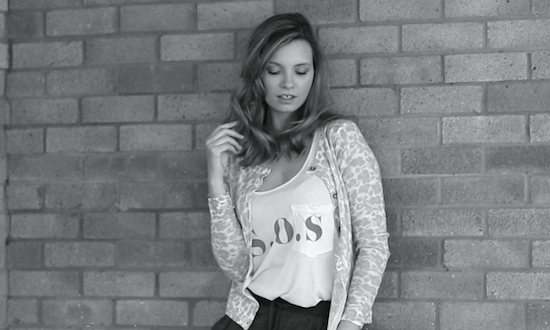 I don’t think that you can really go far wrong with this Wicked Waver. It’s a cinch to use, it’s inexpensive and if you just want to bung in some shape and texture to your hair without having to concentrate too much, it does the job perfectly. The last time I looked, the Wicked Waver was nearly sixty quid (still not bad for a hair tool that will make life easier in the morning!) but it’s actually half price at Boots.com at the moment. Find it for £29.99 here.