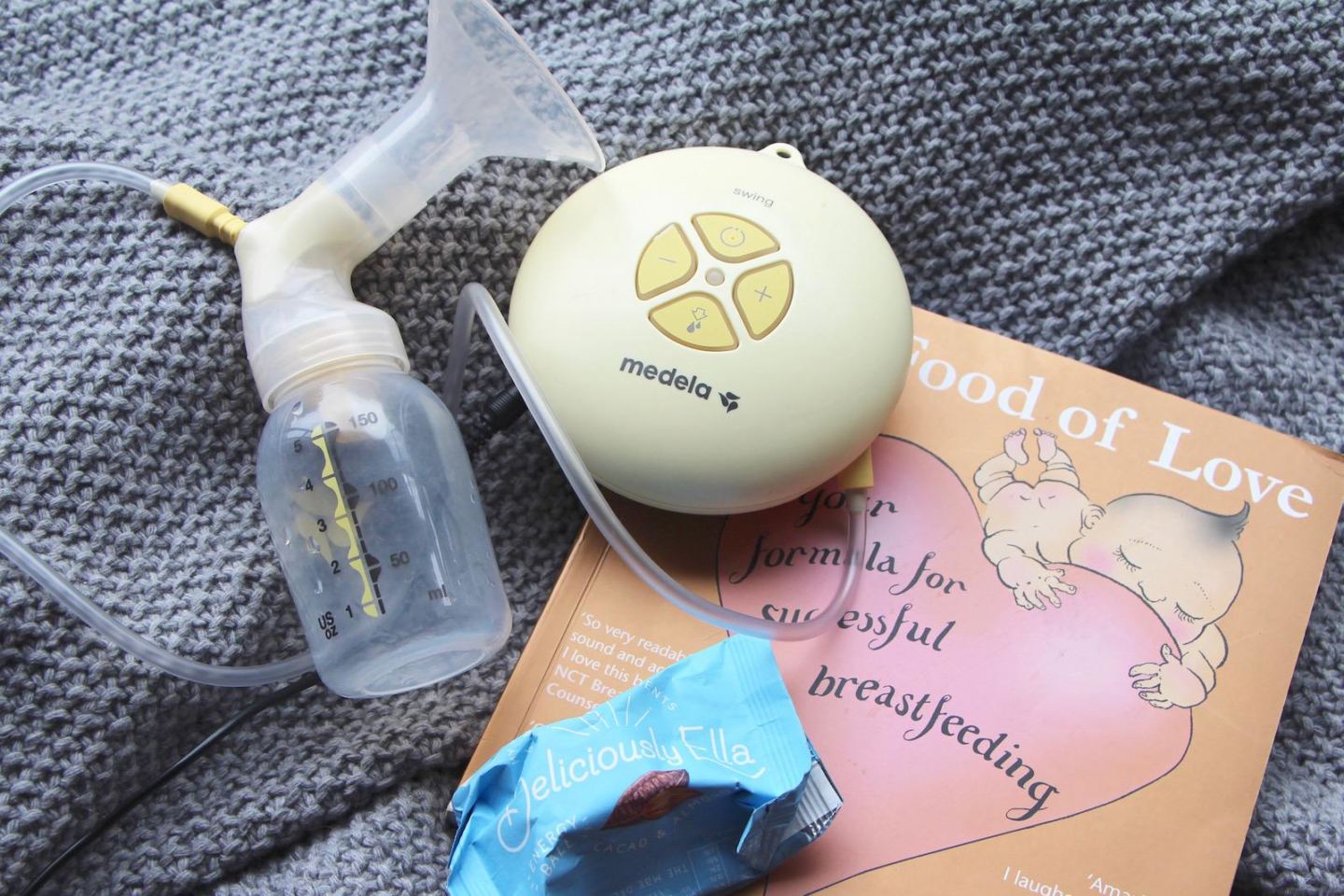 Just a little life update that I know you’ll find absolutely riveting: I’m back on the old “breastmilk expressing” regime. Which means that the (approximately) one spare hour that I get every day (between 9pm and 10pm) is spent connected to a wheezing, vibrating gadget having my nipple repeatedly sucked down a funnel. You might think that this sounds like a good night in (it takes all sorts) but it’s altogether a thankless task. I know from reading my previous posts that it gets better, but honestly: it’s like trying to collect unicorn’s tears.

I was in two minds as to whether I’d even bother expressing this time around – I only have two weeks or so until I start weaning Ted, and I did just think that I’d whack him some formula if I needed to be away from him for short periods of time. (The only reason I expressed with Angelica, and the same for Ted, is so that I could get out and about and do meetings in town without having to lug a baby with me.) But then I started getting Mum Guilt, because I breastfed Angelica for a year and I felt as though I should do the same for Ted (give me strength, the things we beat ourselves up over!) and before I knew what had happened, I found myself rooting about in the back of the utility room cupboards, trying to find the attachments for the breast pump.

Interesting note: I’m using the Medela again, because the Avent stopped working and I can’t find the other one that I reviewed. Both of those actually had much more comfy funnels (if funnels are what they are called) but the machinery part apparently couldn’t cope with my enthusiastic usage.

So I’ve expressed four “bottles” of milk now (truthfully, I’ve collected about four ounces in total!) and it all seems like such a faff. Sitting there like a cow in a milking parlour, the indignity of it all, the fact that you have to watch Game of Thrones with the annoying murmur of the breast pump constantly in the background. The fact that you have to sit unnaturally upright, or even tilted forward a bit, so that the milk doesn’t run down your body rather than into the bottle… Le sigh.

The most soul-destrying part is that Ted doesn’t even want to drink the milk out of the bottle! I know that this happened last time (read From Boob to Bottle: The Second Hurdle) but nothing prepares you for how ridiculously precious you are over your hard-won expressed milk. I carry it to the fridge like I’m in possession of the Elixir of Life. Even if I spill a drop onto my boob as I take the funnel (?) off, I’m disproportionately annoyed. I actually rolled a large drop from my skin back into the bottle yesterday, which is a new low in the “Ruth’s Bizarre Behaviour” books.

Anyway, I’ll keep you updated on my progress, boobs, bottles and all. Anyone else in the throes of milk-pumping boredom at the moment? Also, has anyone tried one of those crazy bras with holes cut out so that you can “wear” your breastpump and keep your hands free? Report back, please…

Things in the picture: Medela Swing Pump, here*, brilliant book on breastfeeding The Food of Love, here* and an unexpectedly delicious snack thing from Deliciously Ella. I found it mouldering in the back of the spice drawer and decided to snack on it. Risky, as I hadn’t even checked the sell-by date, but it seemed the sort of dense texture that would never go off…