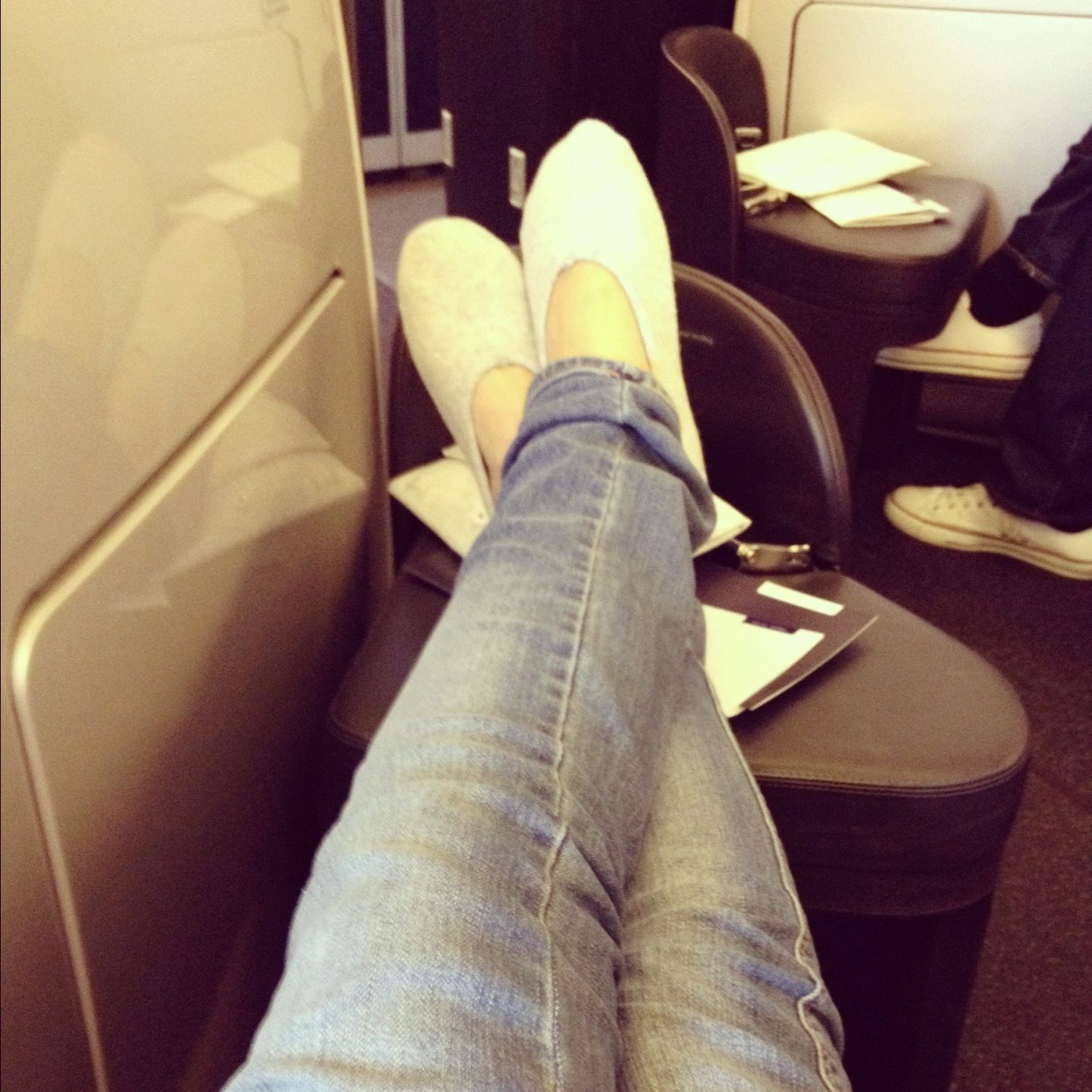 There’s nothing like having a bit of leg room when you fly long-haul. Being able to stretch your feet out all the way in front of you has to be one of the most amazing travel luxuries and unfortunately also one of the rarest. It’s a perk usually reserved for those in First or Business class cabins – your full-stretch space gets turned into a flat bed (with mattress) so that you can get a good night’s sleep. Or day’s sleep. Or somewhere betwixt the two, if you’re doing a horrific journey – you’ll emerge into airport arrivals looking like a vampire and feeling as though you’ve been on a three-day bender no matter how much you’ve paid for your seat!

Where was I? Flat beds. Leg room. Oh yes! Virgin Atlantic “extra leg room seats”. I had no idea that these could be pre-booked until I flew with Virgin at the end of December. Apparently, you’ve been able to pre-book them for a while now, and, even if you don’t pre-book, you can often just nab them at the airport when you check in! (I’d advise pre-booking, though, especially if there’s more than one of you travelling.) By extra leg room, I mean seats that have more space in front of them – I think you get an extra three inches, which doesn’t sound like much, but it all counts when you’re jammed in like sardines.

My flight to Miami was fully booked, but I still managed to grab two extra leg-room seats; unfortunately they weren’t together but Mr AMR and I were about to spend twelve whole days together, 24/7, so we weren’t too fussed about having a bit of time apart to kick things off! I say extra leg-room; these seats were actually “exit row” seats which are even better – you have about six feet of room in front of you, except when people start queueing for the lavatories in the busy times. The mere “extra leg-room” seats have nothing on the Exit Row ones – you do get a good whack of extra space, but the Exit Row ones have enough space to host a small dinner party.

Exit Row seats for our route (Heathrow to Miami) were £50 each and Extra Leg-Room (we had these on the way back as all Exit Row had gone) were £30. I think that they are well worth looking out for – I’d probably just pre-book an Exit Row seat from now on rather than even considering something like Premium Economy. You actually get far more space! The seats are narrower, but you can literally get up and do lunges in front of your seat! Which I did, obviously, much to the horror of the lady seated next to me.

Disclaimer: the legs in the photo above are mine, so are the feet, but the plane I’m in is actually an Air New Zealand one and I’m sat in a business class seat. I just used the photo because it seemed appropriate – it has both legs and legroom in it. You don’t get a fancy foot rest and a champagne holder in a Virgin Atlantic Exit Row seat! Though I did get a lovely glass of bubbly courtesy of my Twitter friend Heather, who’s on the VA crew…that was a very welcome surprise.

If you want to have a look at pricing and details for extra leg-room seats on Virgin then have a look here – http://www.virgin-atlantic.com. I shall definitely be doing this every time I fly with them now. It made my flight, both ways, about ten times more comfortable. And as I had paid about sixty-five million pounds for the flights in the first place, because it was new year, an extra bit didn’t seem to be that bad. If you’re keeping costs to the minimum then perhaps they’re not the best use of money, but if you want to up your comfort factor for a not-too-considerable sum, then it’s a really viable option.

I just remembered: if you have the Exit Row seat next to the window, you have the bulky part of the door in front of you. They don’t charge you for that seat! You still get piles of room, just not as much as if you’re in the other two (middle and aisle) seats. So, something to think about. Phone up between 48 and 24 hours before your flight and tell them you want that one, and you should be able to get extra room – for free!

Sorry if that was the most boring post in the world – as a frequent traveller these things really excite me. Back to beauty tomorrow, I promise.