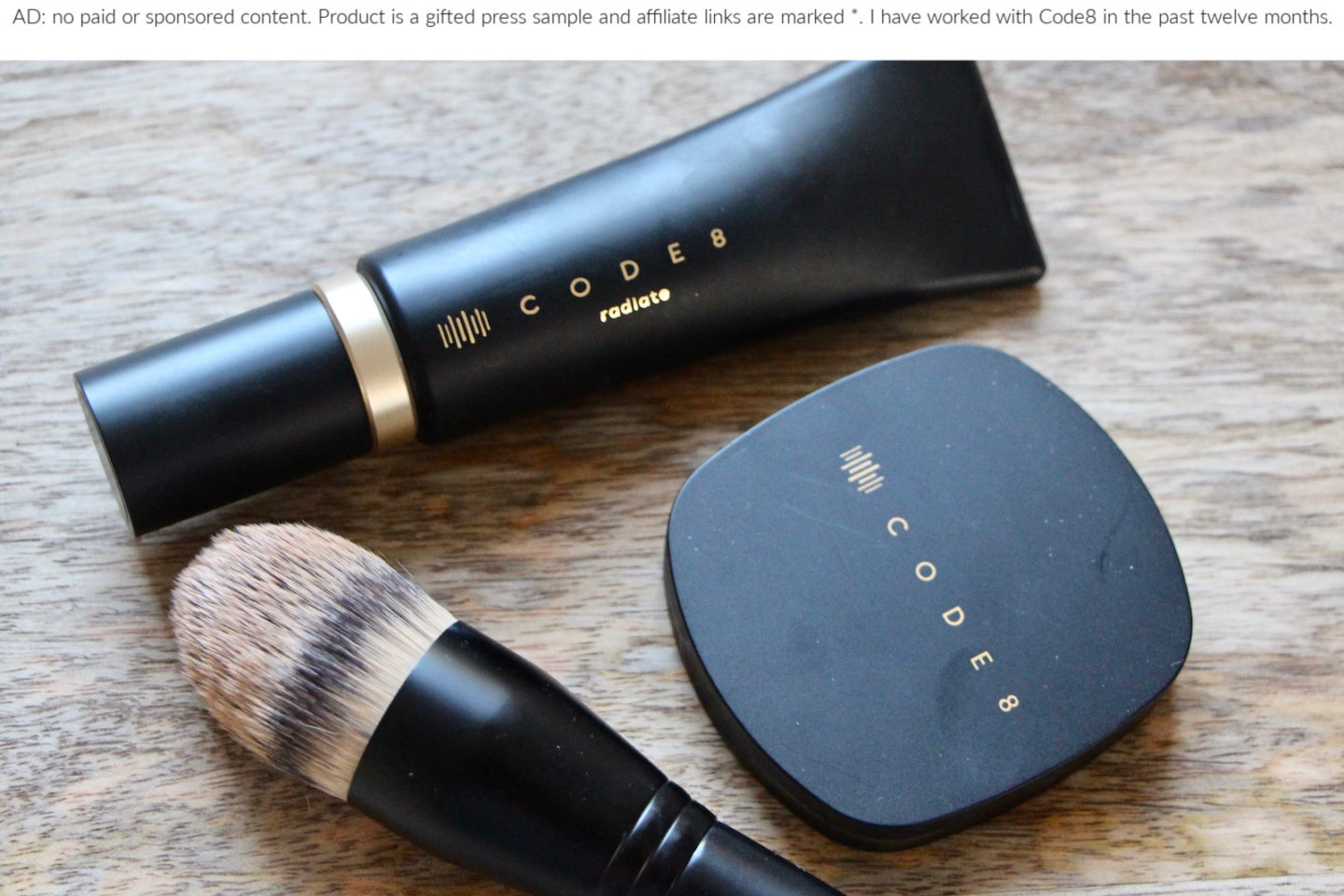 I haven’t reviewed a tinted moisturiser in a while so let’s make a juicy little comeback with this lovely luxurious one; the Code8 Radiate Beauty Balm. Code8 haven’t called it a tinted moisturiser but that’s pretty much what it is – light to medium coverage in a nicely hydrating base. I don’t know whether the Beauty Balm name is a nod to the BB cream trend, but then I feel as though the BB/CC/DD cream fad has died down a little (thankfully, because nobody really had much of a clue what any of the letters stood for and even fewer people cared) and that now we are left with the slightly more descriptive product names.

Good grief, I do tend to get all agitated when it comes to describing types of foundation. From full-on bases to lighter tinted moisturisers, from sheer complexion enhancers to BB/CC creams with “benefits”, the primary purpose of all of these products is to offer some degree of coverage, yet there are so many different names for what is fundamentally the same kind of thing. I’ve had products labelled as foundations that have been sheerer than products labelled as complexion enhancers and I’ve tried CC creams with fuller coverage than Estee Lauder’s Double Wear Foundation. Go figure. 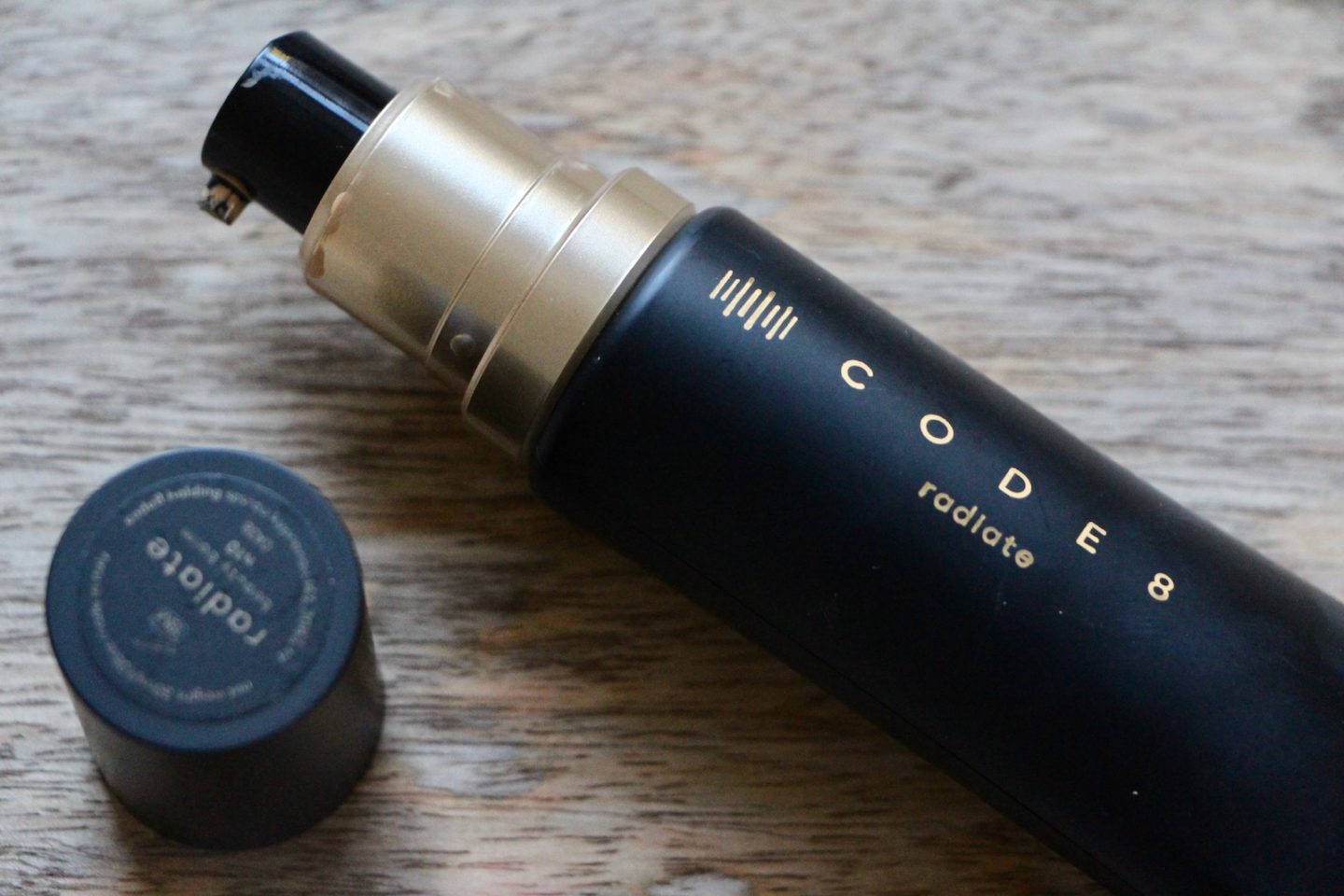 Anyway, I’d call Code8’s Radiate a tinted moisturiser – one with the added benefit of argan seed oil for an antioxidant boost and broad spectrum sunscreen, SPF15. You’re probably not going to apply the balm in enough of a layer to get quite that level of protection, but for those who like their makeup to be multipurpose when there’s only light, incidental sun exposure, it’s an extra tick.

I’m currently at my desk trying to compare the Code8 Radiate to a number of different tinted moisturisers and I must say that it’s delightfully creamy. The hydrating effects are reasonably long-lasting (I’ve worn this beauty balm loads over the course of the summer) and the feel on the skin is comfy and velvety. No grease, no excess residue to slide about all over the shop, just the kind of balanced, natural finish that you want from a low-key base.

And it is a low-key base; this is a splodge on and quickly blend with fingertips sort of product, not one of those high maintenance foundations that require dampened sponges, precision brushes and the reaction times of a world class assassin. The coverage is surprising, despite the natural finish and fresh feel – take a look at the before and after pics below: 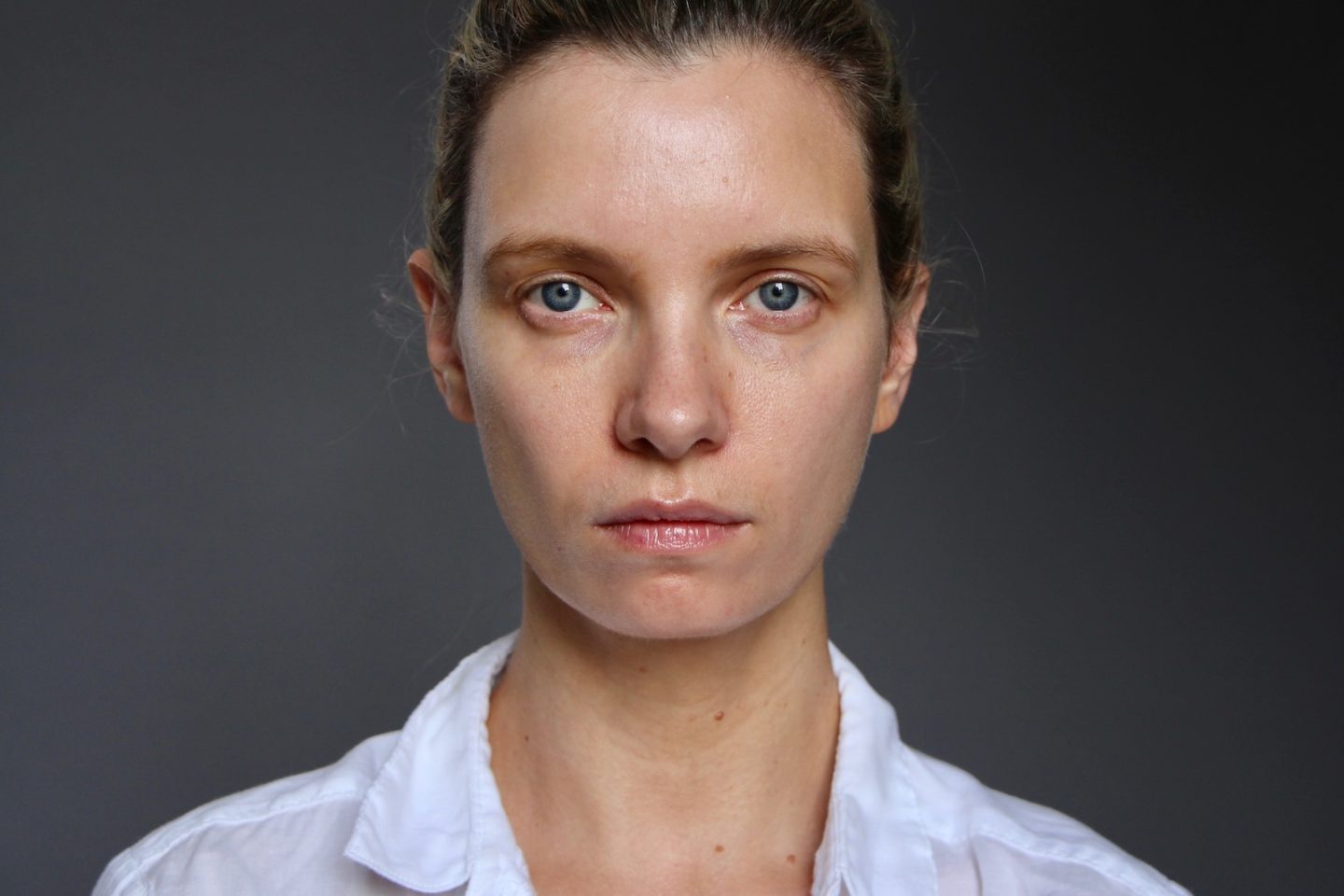 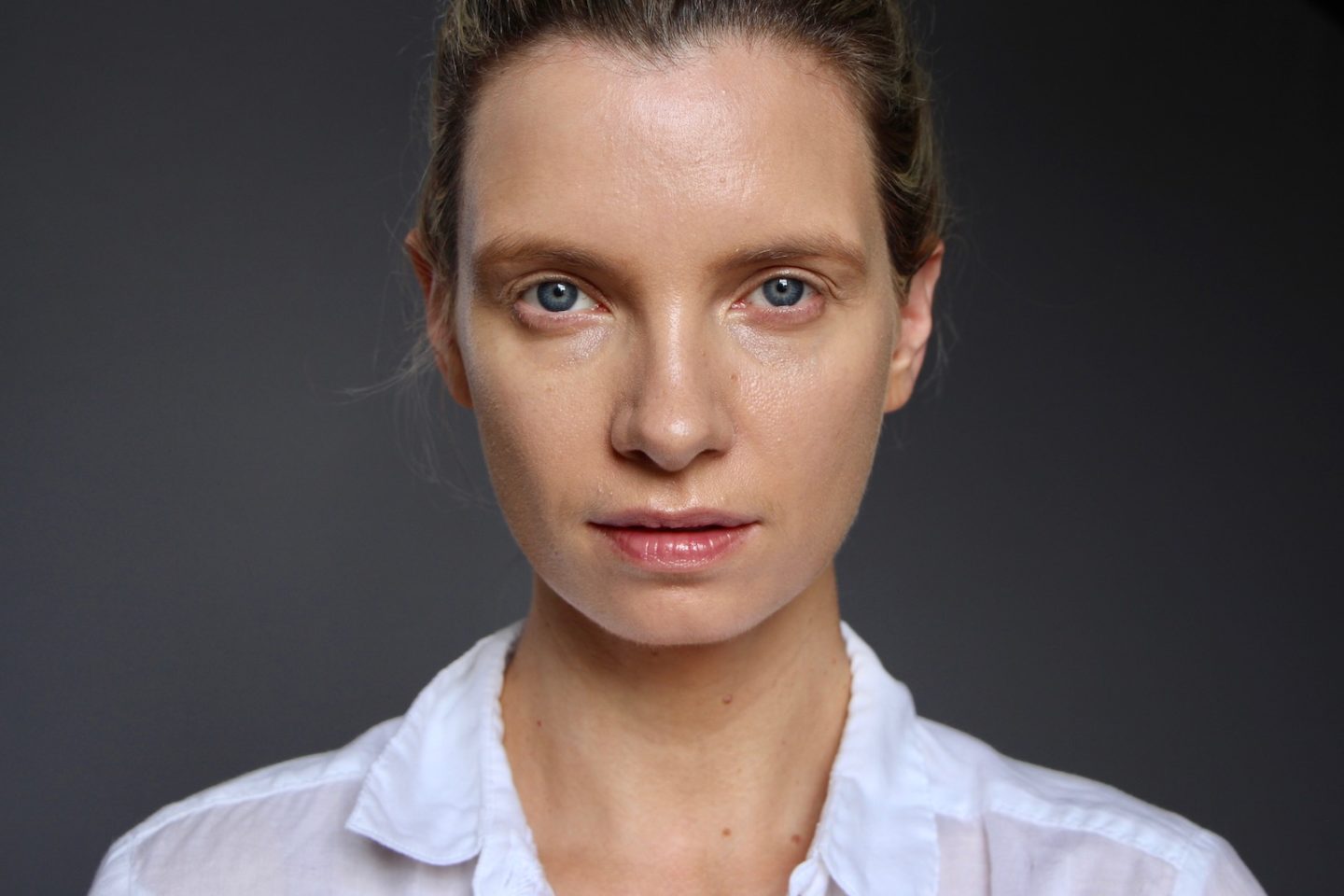 Apologies for the sociopathic stare in the first image – if anything was going to sell you a foundation it would be the fear of upsetting that face – but you can see the general evenness of the skin in the after photo. Granted, it’s not as though I’m suddenly ready for my close-up on a Hollywood film set, but this is “real skin” makeup, not total feature obliteration. 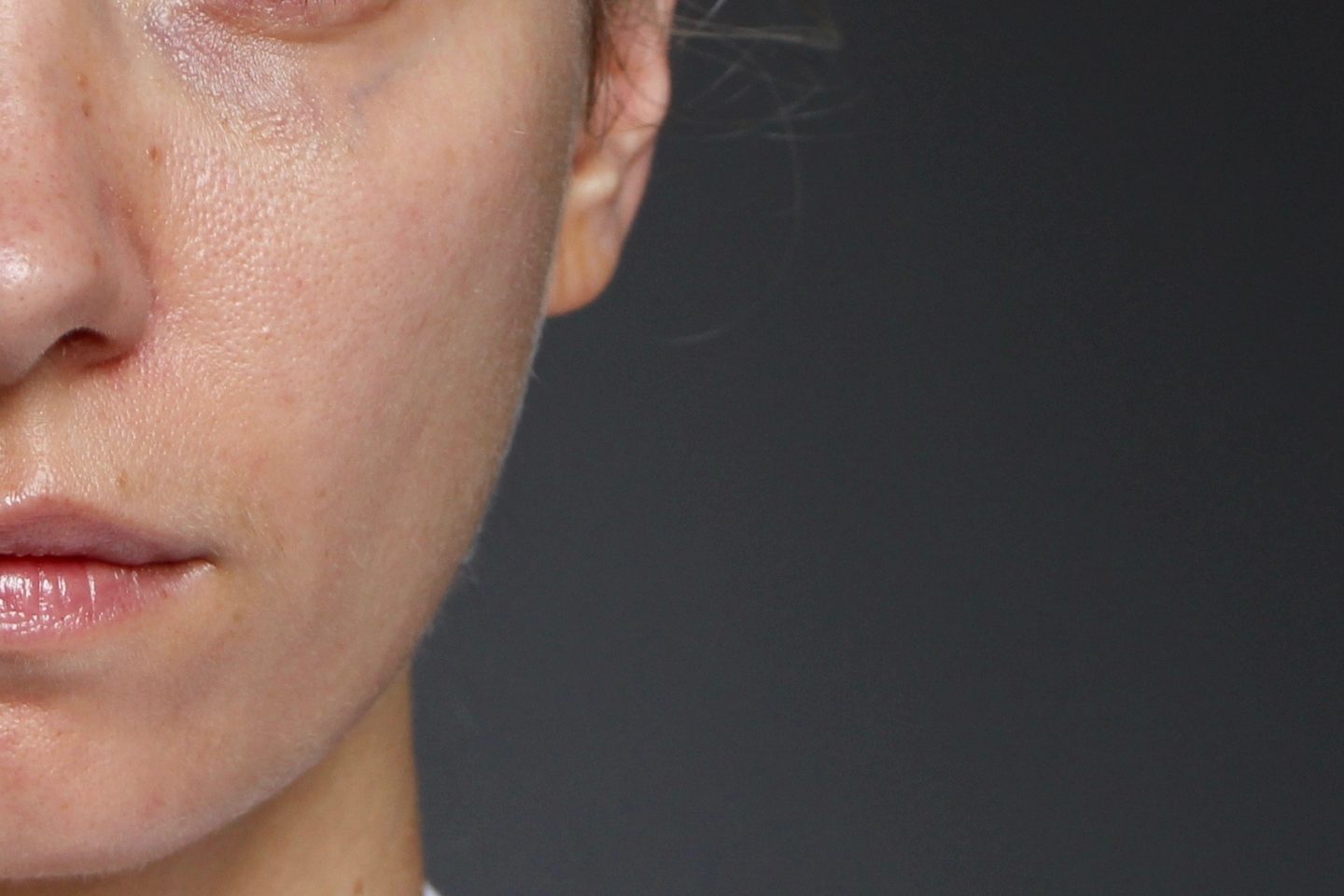 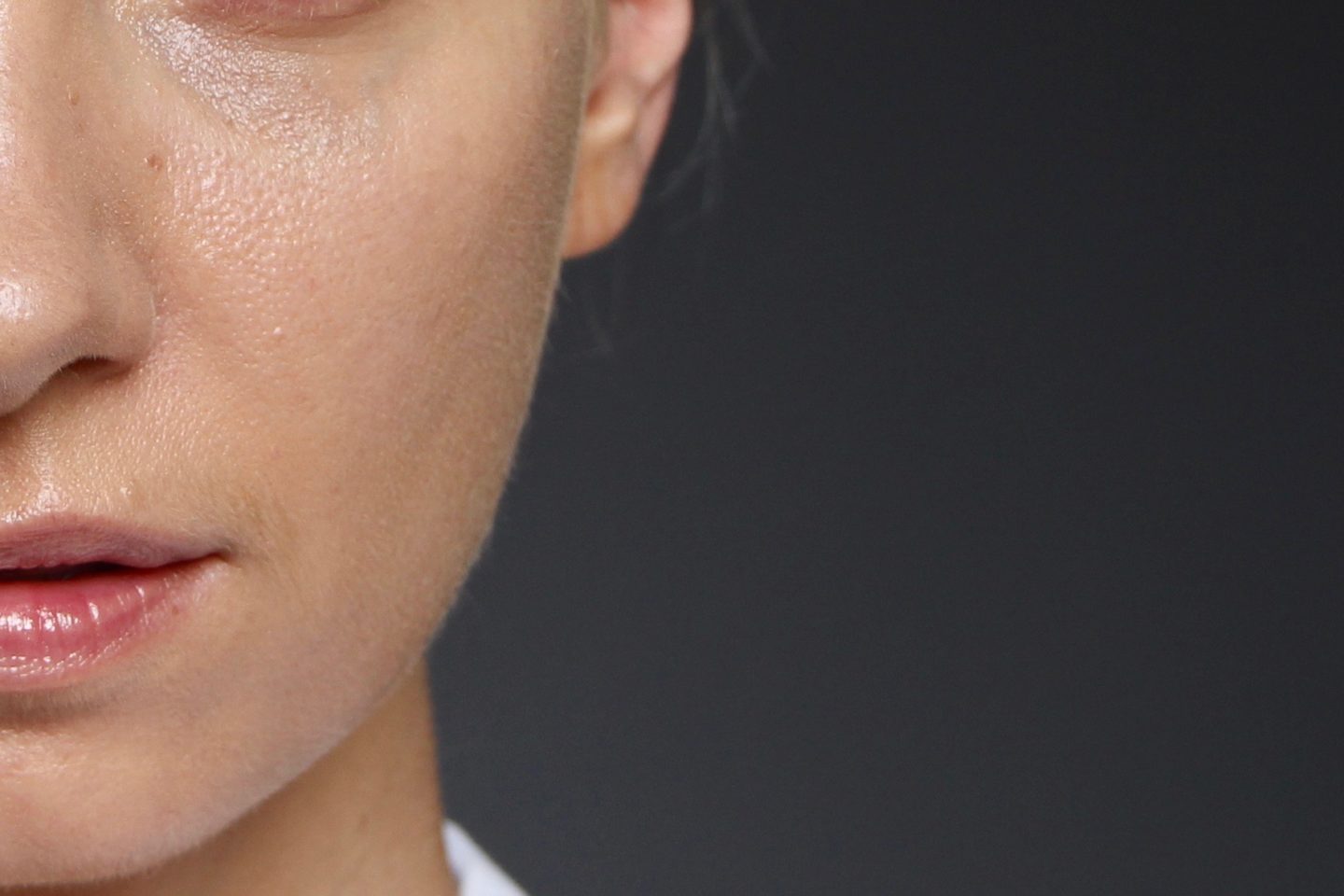 When you zoom right in you can see lots and lots of juicy glow, some added warmth and just enough coverage to knock back redness and little blemishes without sucking the entire life-force out of the face. I like this Beauty Balm/tinted moisturiser/sheer foundation a lot. It feels as though it should have absolutely no coverage at all, because it’s so bouncy and dewy, but the overall finish is well-polished and even-toned.

I use shade W20, which is very warm, but once it’s sheered out it just gives me a nice tanned glow, as though I’ve been on holiday and not worn my massive hat and factor 50 every day. If it was the winter then I’d probably be more of a neutral – W20 looks shockingly orange when I first go to apply it – but it blends out beautifully and imperceptibly.

Code8 is a relatively new brand, concentrating on high-performance formulas in their small, almost capsule, makeup collection. I’ve just noticed that they now have a high-coverage foundation which I don’t think was launched when I went to their pop-up store last year. I shall add that to my testing list and get back to you – if it’s half as nice as the Radiance Beauty Balm then I’m sure you’ll see a review in the near future! 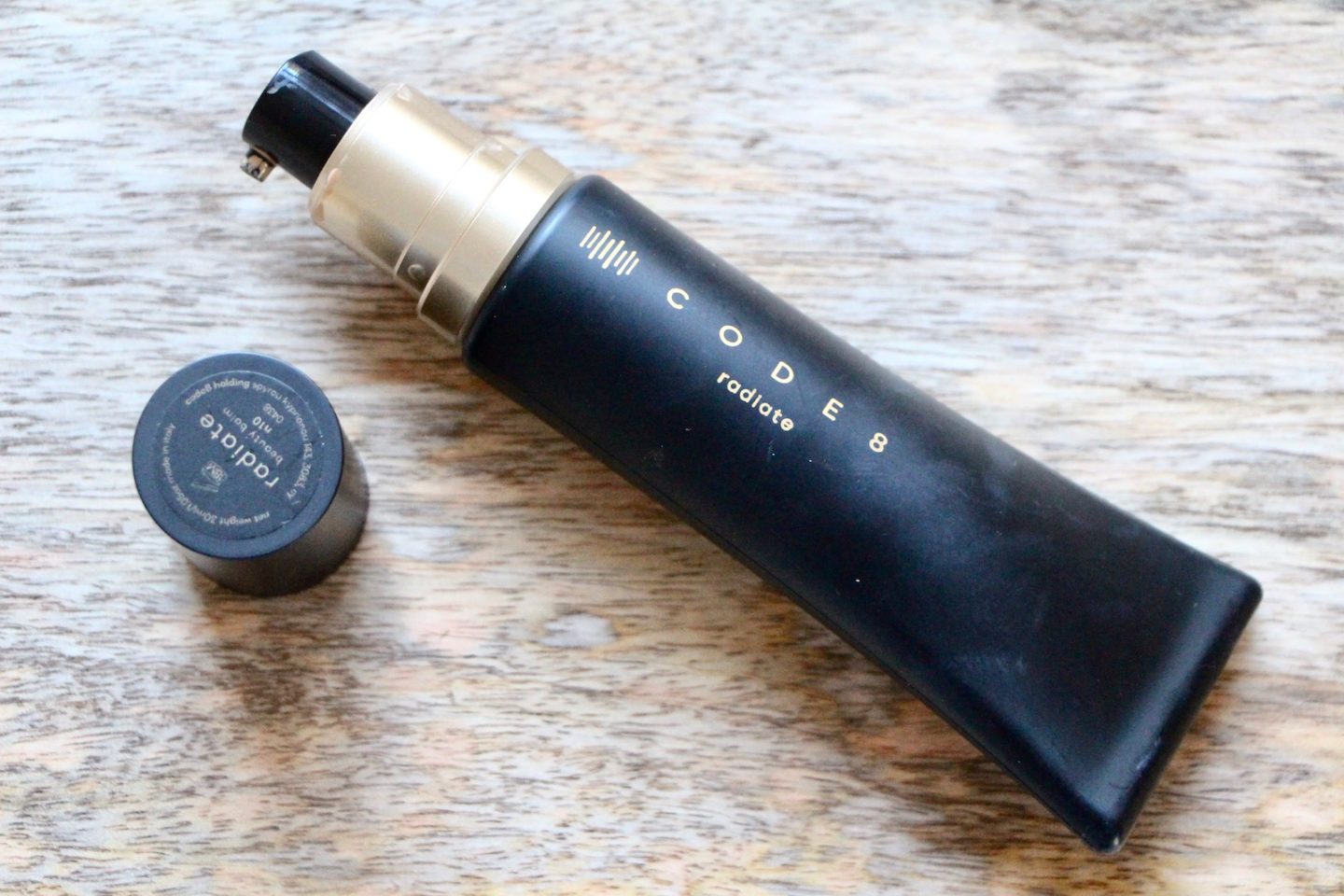 You can find the Radiance Beauty Balm at Net-a-Porter here* and on the Code8 website here. It’s £38, so slightly more than the Burberry BB, but with a little more coverage. For a smidgen more coverage again and a slight ramping-up in the juiciness department, I can’t fault Clinique’s Even Better Glow – I reviewed that here. All of the above would suit all skin types, though the very oily might not welcome the extra shine.