Do you remember when I whipped myself in the face with a fully-grown tree? It wasn’t one of my finest moments; I almost lost an eye and I think that my children are probably emotionally scarred for life. (They’re not. That’s a lie. They didn’t even look up from the iPad when I screamed “GET DADDY!” I could have had an arm hanging off, a stampede of rhinos charging towards me, a crocodile about to shut its jaws on my head and they wouldn’t have stopped painting patterns on the cartoon fire engine. The power of the iPad.) 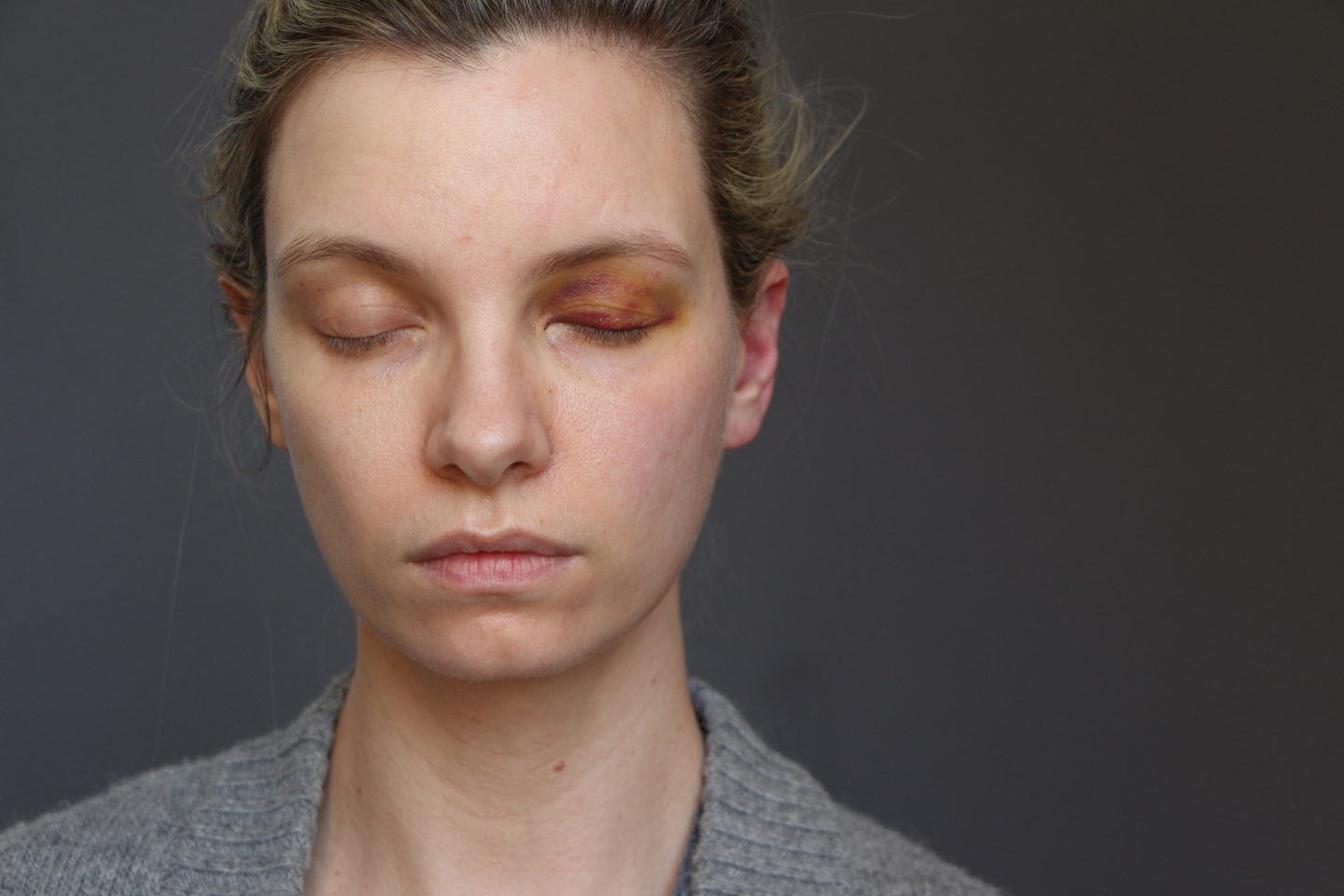 Anyway, I was looking for a photograph of something else entirely when I stumbled across some rather impressive before and after pictures that I took when I was experimenting with cover-up makeup. I did some Poirot deduction work and realised that I had been playing about with the Vichy Dermablend but had never written up my findings. 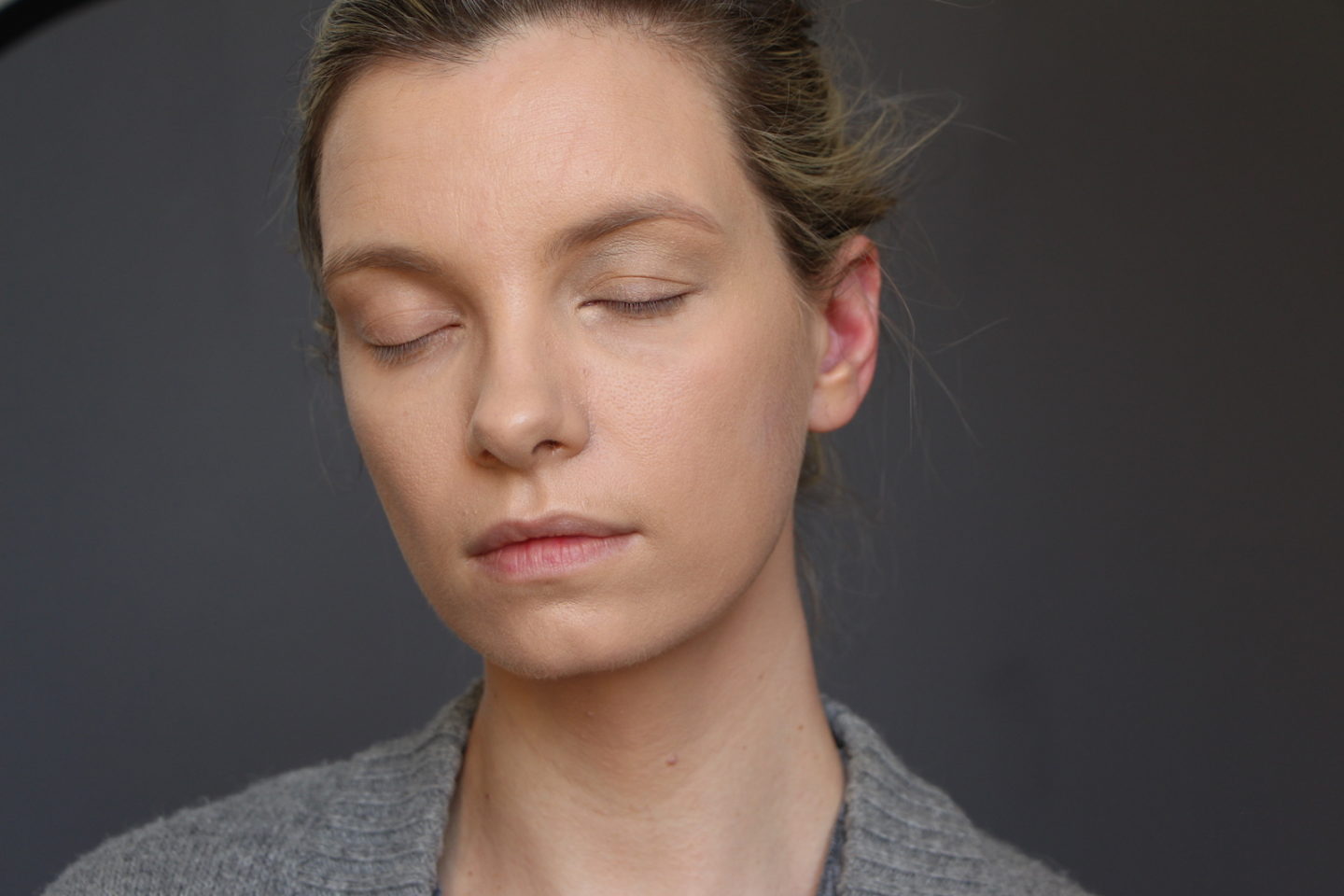 The reason that this particular foundation has slipped the net (unusually, because if I’ve made the effort to do before and afters of a foundation then you can almost guarantee I’ll write a review post to make use of them!) is that I haven’t actually worn it again. And with my foundation tests, I’ll wear them for weeks on end, comparing them to similar products, seeing how they last in different conditions, generally putting them through their paces.

I didn’t want to wear this foundation again, but not because it wasn’t nice to wear (it’s actually lighter than you’d think, for something with so much coverage), but because I simply didn’t need it. 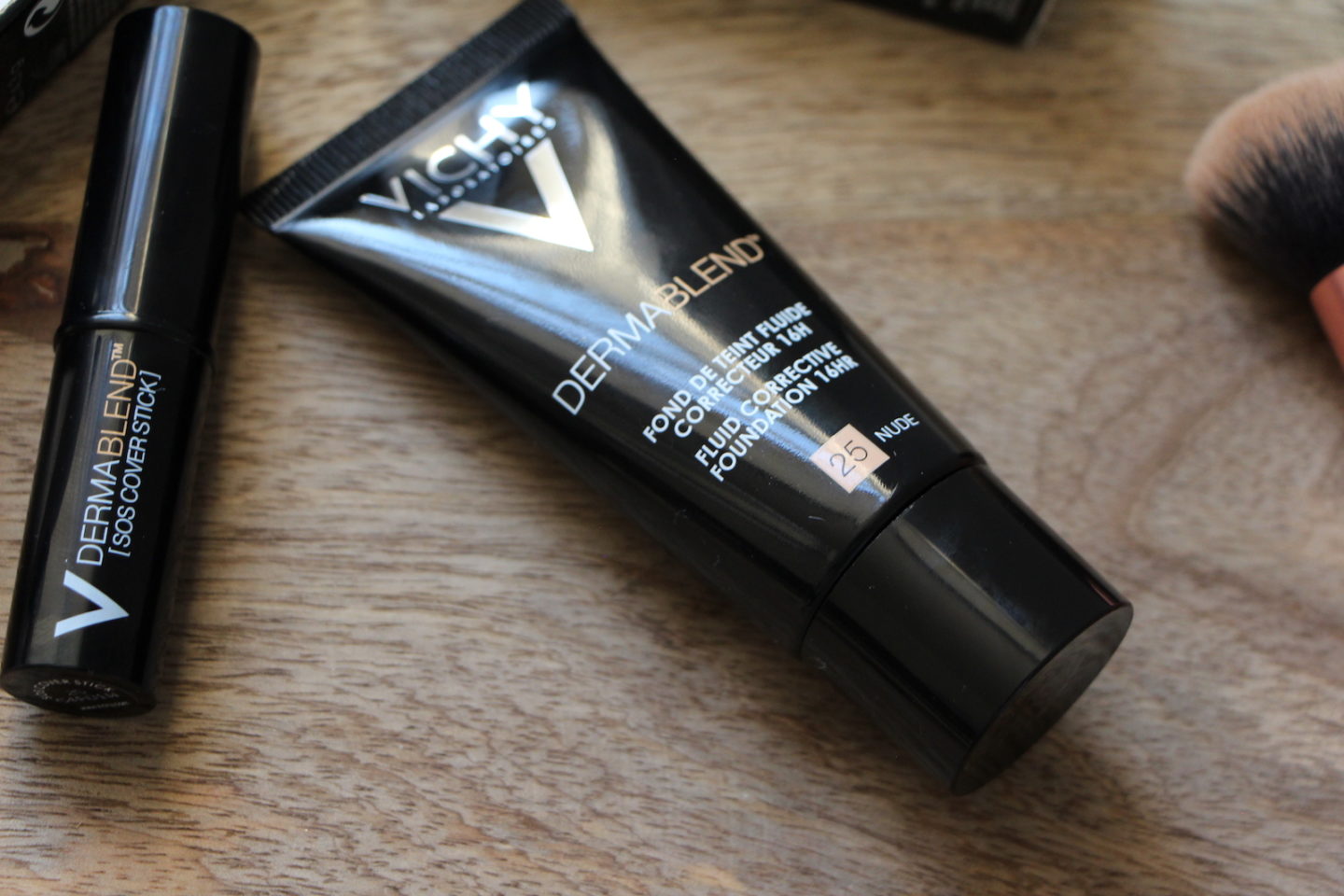 Vichy Dermablend Fluid Corrective Foundation can cover almost anything. With a spot of colour-correction underneath (a peachy tone to take out blue tones, for example) it can go to work on scarring, pigmentation, blemishes and even dark tattoos. 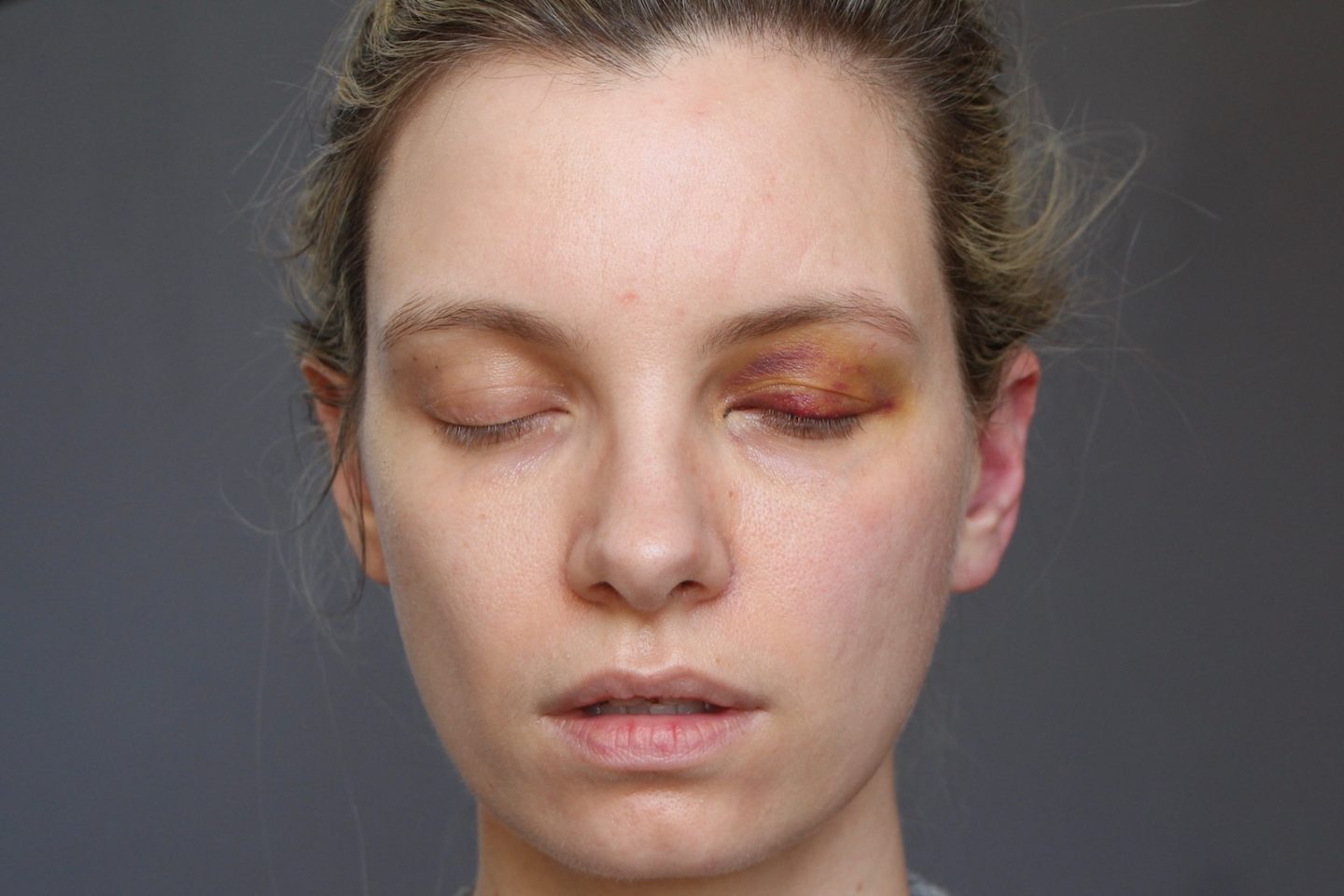 You can see from my photos that it did an amazing job on my black eye, which wasn’t black so much as “all the colours of the rainbow plus lots of red scratches thrown in for good measure”. 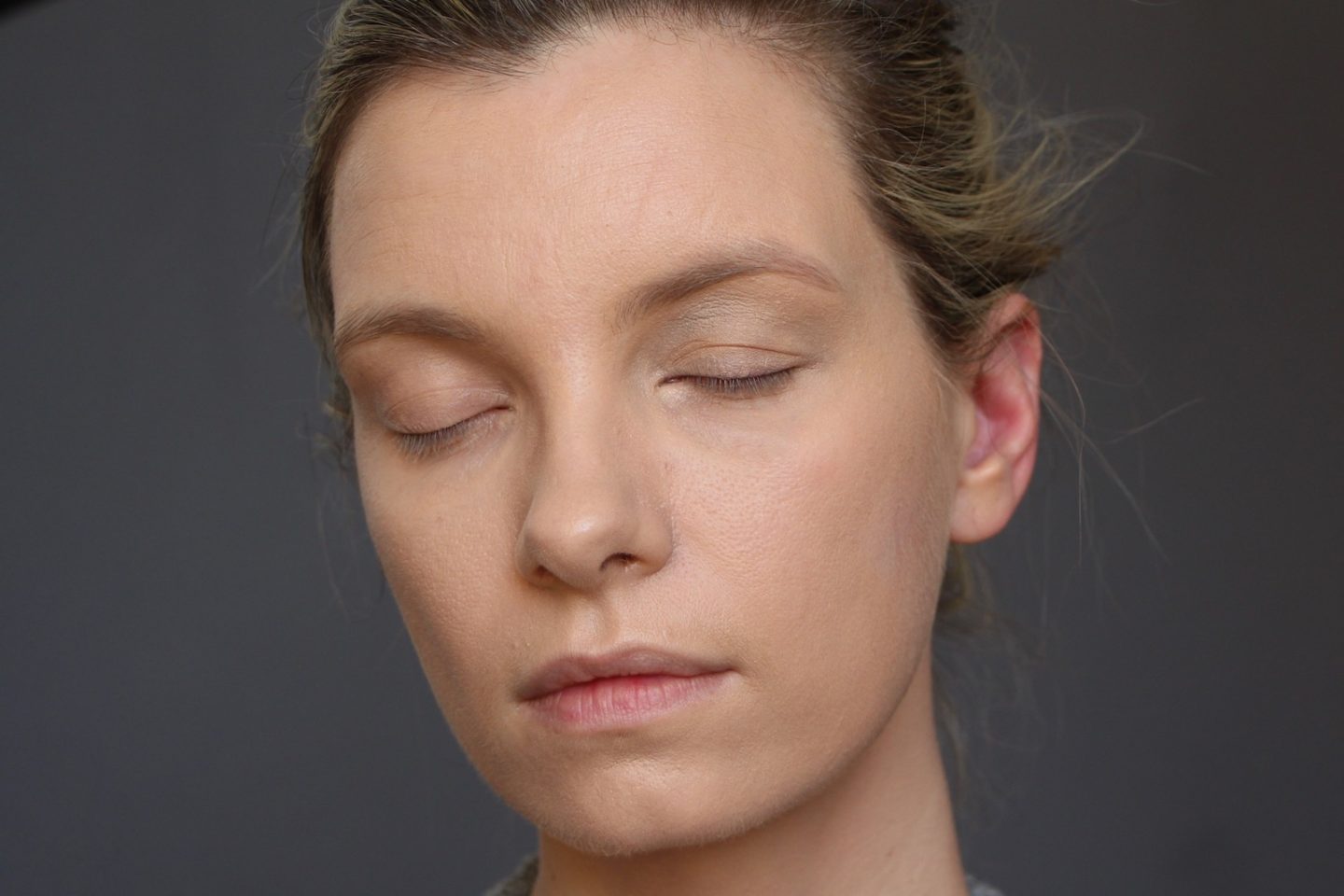 It covered without feeling cakey, which is quite the feat – it also stayed in place for the entire day. I’d say that the “16 hour wear” claim on the tube is almost on the modest side.

Yet such high coverage is always going to come with a very slightly heavier texture and so I didn’t find myself wearing it again – once my eye had started to fix itself, and people had stopped staring at me, I simply dabbed on a bit of concealer to take away the most startling areas of bruising. The rest of my face didn’t require very much coverage at all, so Dermablending the entire thing felt a bit like using a helicopter to hang out the washing.

But I wanted to document this foundation for future reference because it is quite incredible how deft it is at covering things you don’t want to display and it is lighter in feel than a lot of other full coverage foundations. I mean, I don’t think you could even classify Dermablend as a full coverage foundation – it’s full-full coverage. It’s almost stage makeup, a specialist product, but it has been brought down to a high street price and is widely available. (There are thirteen shades, currently £13.33 at Escentual.com*.) 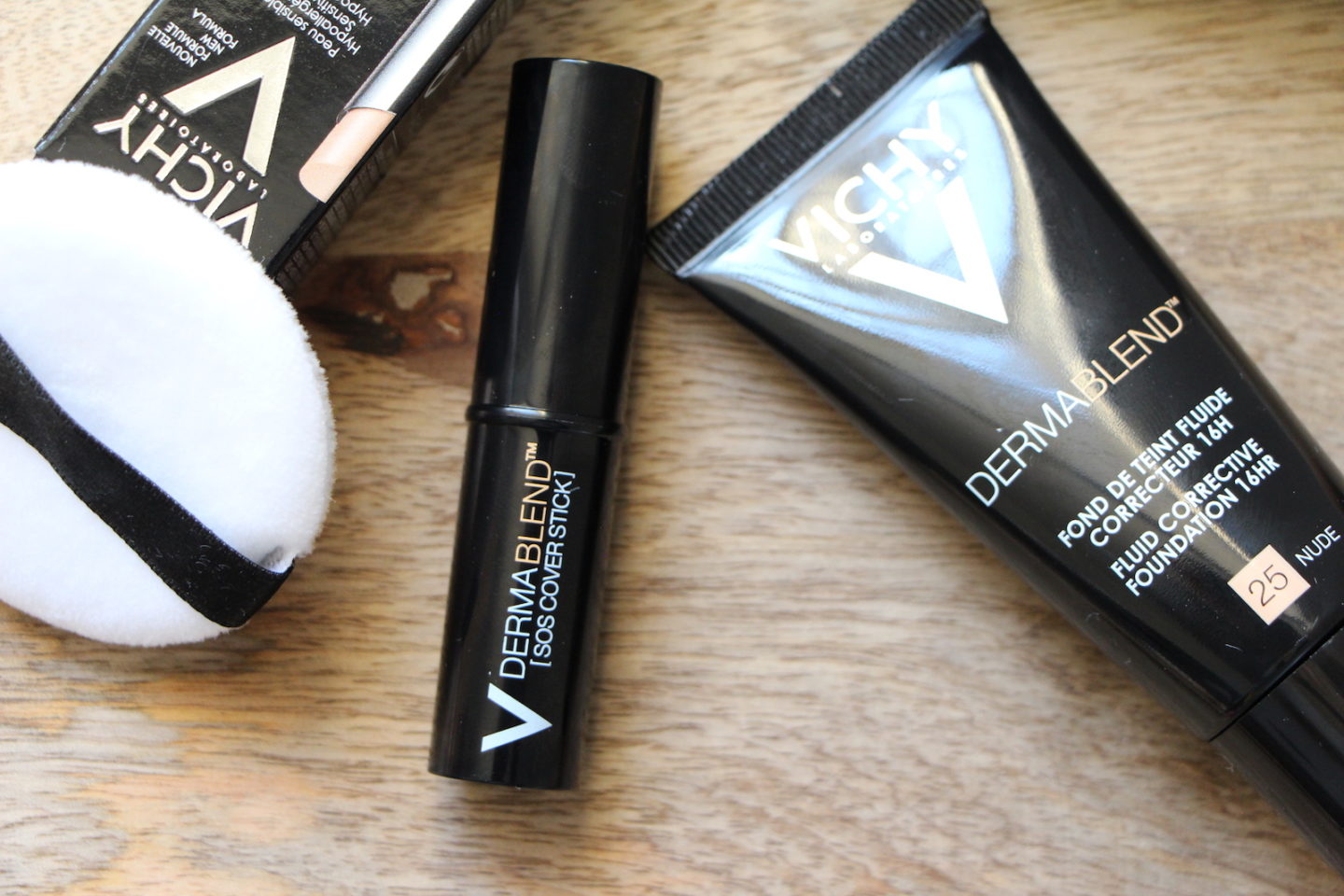 So if you’re on the hunt for a very high coverage foundation but fear the cakey finish (or can’t find one that’s as opaque as you require) then this is well worth a go.

Vichy also make Dermablend concealer sticks, which should really have a whole other post, but I may not get around to it so I’ll mention them here: unbelievably good on dark circles, dark spots and red, angry spots. It’s basically an eraser in makeup form – handy in its wind-up tube, easy to apply and blend, sticks like glue. (But feels supple and nice.) You can find the concealer here*, at time of writing it’s £10. (Escentual have a sale on.)