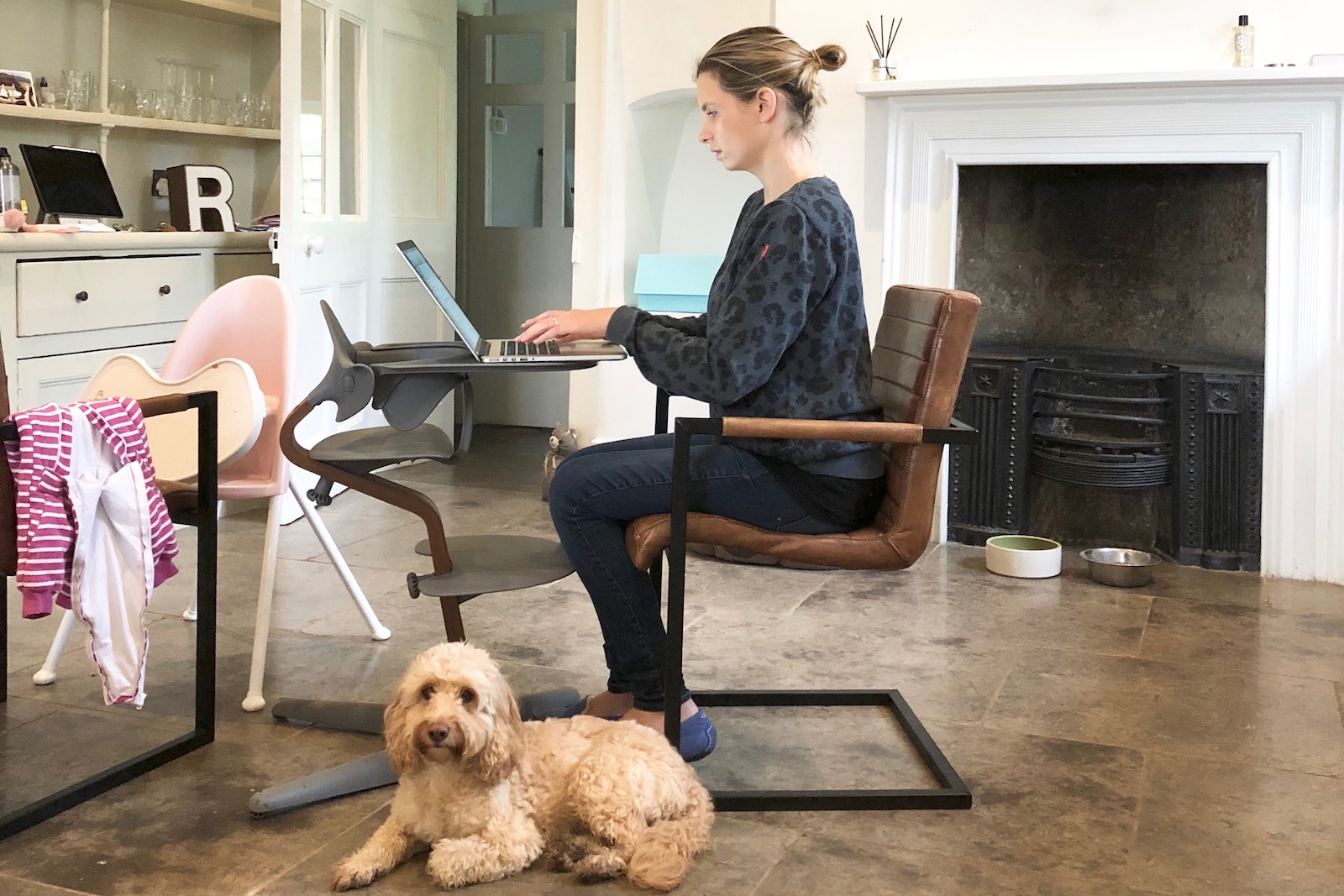 I had this crazy idea, about two weeks ago, that I would take some time off over Christmas. I’m talking proper time off – a month perhaps, or at least three weeks. Digital detox, with broadband hub disconnected, iPhone frozen in a block of ice and buried in the garden (to be defrosted mid-January), laptop shoved underneath the sofa, office door firmly shut and bolted. I was going to have the most Relaxing Christmas Ever, with endless cocktails and medicinal glasses of red wine, a roaring fire, songs around the piano, snow-sodden socks drying on the AGA.

And then I realised that I couldn’t disconnect the broadband because we still don’t have any and I couldn’t shut my office door because there were about three dozen unpacked boxes blocking the doorway. The medicinal alcohol would have to wait until the medicinal – er – medicine had kicked in (epic chest/cough/throat thing going on here) and the roaring fire was a no-go until the chimney sweep had given us the all-clear, and he couldn’t chim-chimney-chim-chimney-chim-chim-cheroo on down here until Christmas Eve.

And then I also realised that my ongoing chest/cough/cold thing – coupled with lack of childcare and a house move and around three solid weeks of disturbed sleep – had set me back by weeks in terms of various work deadlines and that I’d need to beaver away in the evenings for a few more days, which turned into nearly a fortnight, and then I realised that my first day back at work would need to be the 2nd January!

So four weeks of fire-lit bliss have become one. I’m not telling you this to have a moan, I’m telling you because I like to document these things so that I remember them in the future. I think that this year, with a new baby and a toddler, a manic work set-up and a house move piled on top, has been my best yet in terms of wonderful things happening (Baby Ted! Dream House!) but my worst for stress levels and patience-testing. My ability to teeter on the sanity tightrope has been severely tested in 2017 – I feel as though I’ve been constantly walking a fine line between being absolutely OK (“I need to be on the 6.13am train to London and look good for a photoshoot at 9? With the baby in tow? Fine!”) and verging on completely losing the plot. 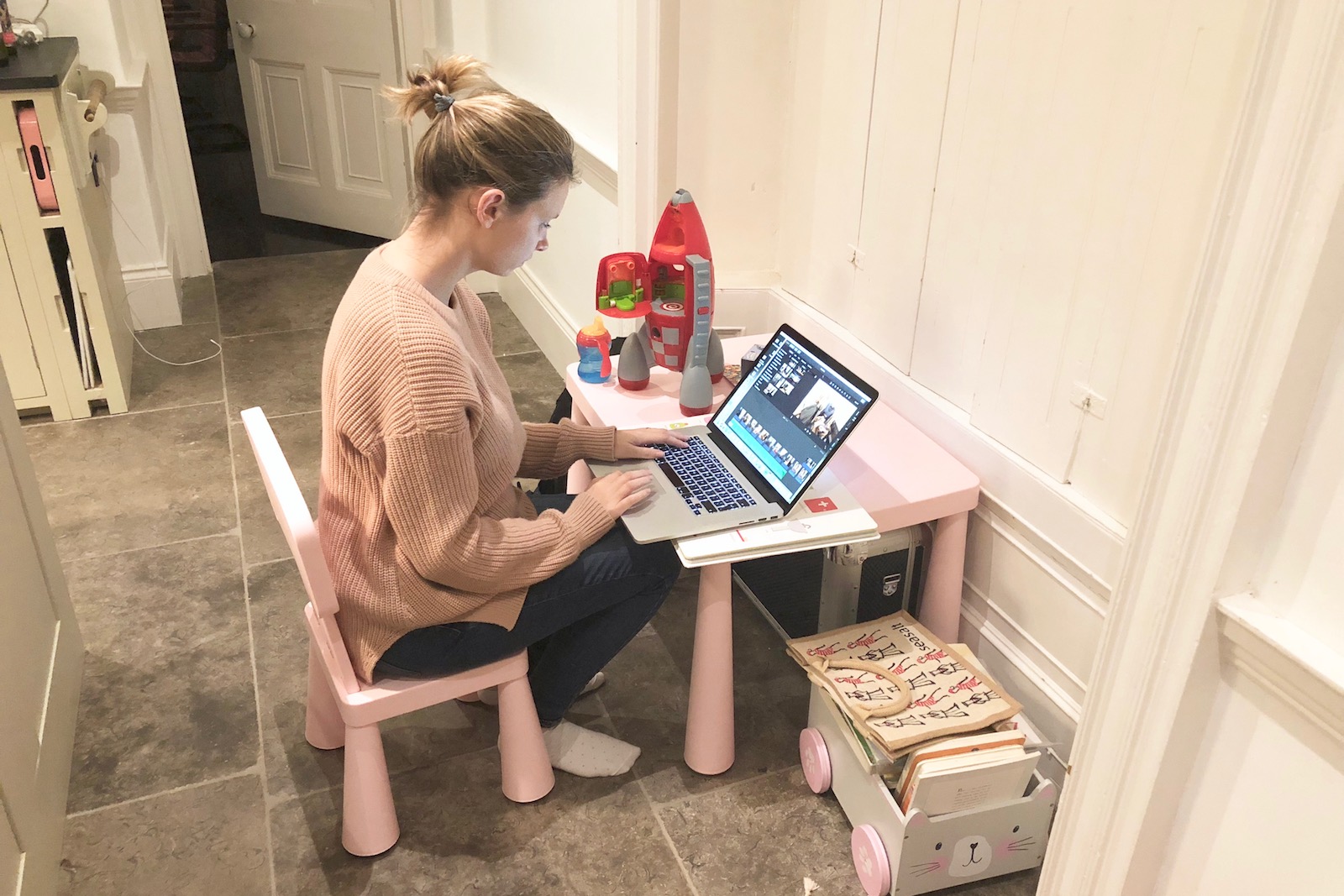 All I can say is that I am really looking forward to my week offline between Christmas Day and New Year’s Day. I’ll probably still be on Instagram, because it’s pretty much my only true vice (apart from Magnums) now that I don’t need to spend hours trawling through properties on Rightmove, but I won’t be writing anything on here or putting videos out. But I mean, crikey, it’s just a week. And actually, I’ve hardly been about anyway, have I? It’s quite arduous trying to upload a Youtube video using the 4G on your iPhone – it takes about four hours and you usually have to make a quick call to 02 at some point to top up your data allowance, which quite frequently cuts your connection and cancels your upload so that you have to start again. Blogging via the iPhone tether is easier, but still not perfect. So when I have had a spare hour, cranking up the old 4G hasn’t been at the top of my wishlist.

Here’s to 2018: a steady internet connection, childcare, a full night’s sleep (just one, one will do!) and a swept fireplace. I felt like a right old berk calling a chimney sweep in, like a faux-aristocrat from a costume drama – “JEEVES, bring the carriage to the servants’ door and tell the scullery maid to make a start on the flagstones!” – but then I realised that everyone with a fire must have to call one in. Or should call one in. Apparently it’s very dangerous not to get your chimneys regularly swept. We have a huge nest in one of them and I’m absolutely petrified of the birds suddenly deciding to scurry down into the kitchen for a nose about, or eggs falling out of the nest and smashing onto the grate. Now and then, when I’m sat alone at the kitchen table (as I am now), the birds up there make weird noises and it scares the absolute life out of me.

Right, I’m off – I need to order some cutlery from M&S because all of our dinner stuff is still in storage. I’ve been deliberating over three different cutlery styles for over an hour – it’s surprisingly difficult ordering cutlery online when you can’t feel the handles and test out the weighting. There’s nothing more irritating than a badly weighted spoon – you know when you balance the spoon handle against the bowl and it flips out because it’s too heavy? Or those rounded cutlery handles that don’t fit in the dishwasher rack properly, or knife edges that are too smooth thus useless at cutting into tomatoes?

Merry Christmas everyone – wishing you a most relaxing week (or more) off and great happiness and good health to you and your families. Good health is always the most we can wish for – everything else is really rather insignificant – so please look after yourselves, go easy on the booze, don’t fall into any ditches and PLEASE TEST YOUR SMOKE ALARMS TO MAKE SURE THEY ARE WORKING. Tis the season for unattended candles and accidental oven accidents and the idea that people don’t have smoke alarms in their houses petrifies me. If you don’t have them installed, get yourself some of these now*, or similar (B&Q, Homebase) and stick them on the ceiling yourself – it takes two minutes. You can read more about where to position your smoke alarms here.

I’ve gone off on a massive tangent, sorry. See you in the New Year!