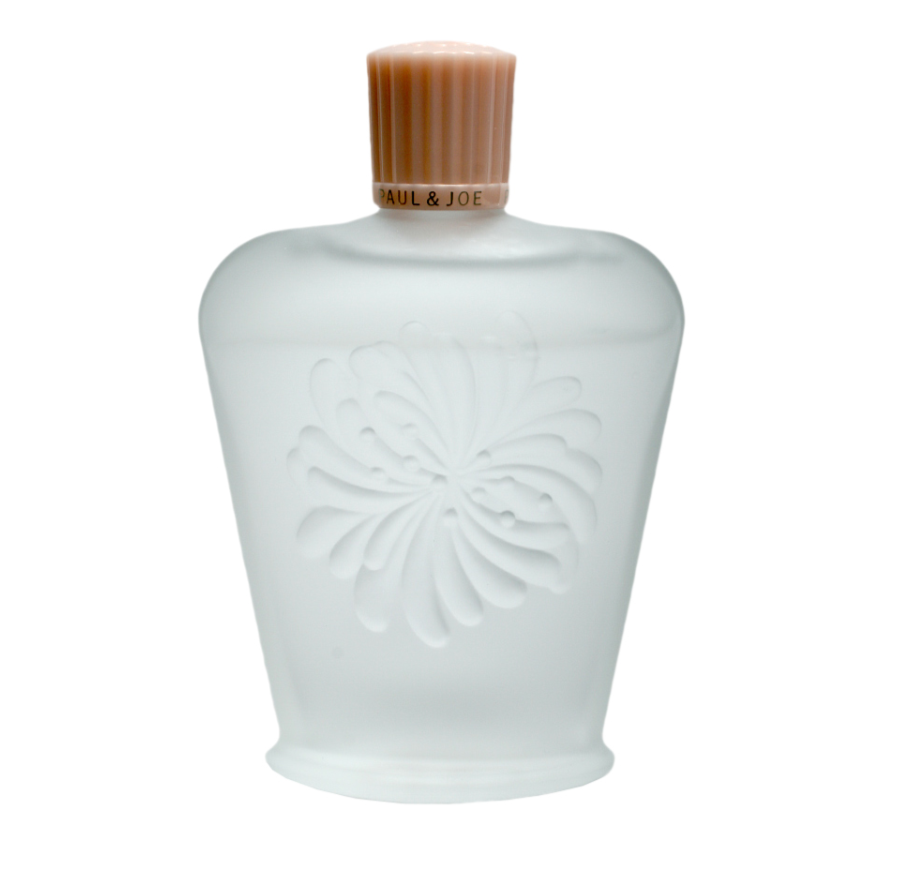 Random stream of thought coming right at ya!

“Oooh. It’s Friday Flash Review time again and I’m back to writing down my thoughts. This might not appeal to some people. I can imagine that some people preferred my videos. Much more risk of coming across like a buffoon in a video though.. Or is there?

In my last video I had hair like some deranged eighties housewife who watched too much Dallas. Especially wearing that Leopard Print shirt! Was that last week’s? I have no idea. Kettle has boiled!

Sorry about that! I had to choose between: slimming tea, tranquility tea and skin purity tea. If my life got any more exciting then I would possibly have heart troubles. In a minute the postlady might ring the doorbell and see me wearing nothing but a pair of sheepskin slippers and a Missoni hand-towel, so life could get risky! Be still my beating heart!

Aaaaany-hooo. Paul & Joe’s eye makeup remover. Doesn’t it look pretty? It’s quite a heavy old bottle, I can tell you. Looks very nice on the dressing table that I don’t own and also very nice on my desk next to the thousand other bottles and tubes and tubs. Girly pink bottle-top and quite a masculine (I think!) wide-shouldered glass bottle.

I’m going to come right out with it: the water in this bottle does not look as though it’ll take off waterproof mascara. Uh-uh, no way. I can see that it’s bi-phase (oooooh! Get me! It just means that there’s an oil layer and a water layer) but the oily layer is very, very shallow in comparison to the five gallons of watery stuff below it. How will this little potion fare on my waterproof Estée Lauder Sumptuous?

Shakey-shakey….onto a cotton wool pad. It’s oilier than expected, which for the task at hand is a promising development. I’m pressing the pad over my eye and typing with one hand! No stinging and no strange feelings – the solution actually feels quite gentle!

After one press-and-swoop? The results are very good indeed. It’s made marvelous headway in dissolving the mascara and has swooshed off about half of it. I reckon I’ll have this eye done in two attempts! It’s only one layer of waterproof mascara over a Chanel base-coat, but still quite stodgy and stubborn..

Two attempts and a third mini-attempt to clean up the damage around the crisis area – that’s pretty good going! This – despite all appearances – is actually quite a heavyweight makeup remover. I’m impressed. Compared to Clarins’ makeup remover, which looks heavyweight but doesn’t even remove eyeshadow it’s practically King Kong!

You don’t get a lot of remover in the bottle – 100ml, which is kind of measly, but it’s not over-the-top expensive considering that it’s quirky and unique and actually very efficient! It feels, as I said, very gentle on my eyes even though they’re feeling a little sensitive  -but perhaps be careful if you tend to react badly to cleansers containing oil!