Vichy Dermablend’s award-winning corrective makeup just got a whole lot sleeker. The slightly clinical-looking packaging has gone, replaced by black lacquered casing, and my favourite product, the Corrective Stick (formerly the Cream Stick) is now a slimmer shape and more precise. It’s all just a bit more sexy, more streamlined; they’re products that look good in your makeup bag rather than looking as though they belong in the medicine cabinet. 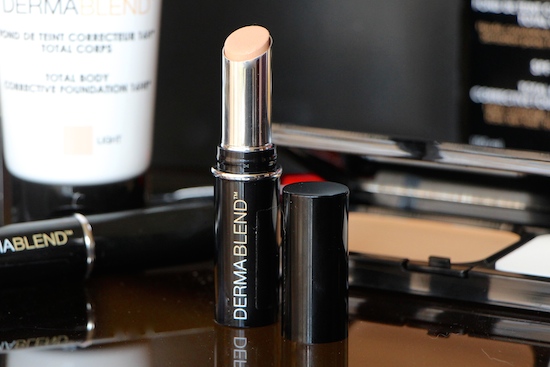 I have been using Vichy Dermablend for a few years now, mainly to cover my undereye circles when they become a little too dark to handle. Dermablend foundations give serious, serious coverage. If you wanted to conceal scars, dark spots, acne or tattoos then this is the stuff that you’d go for – dotting it on and blending it in is like seeing your face being retouched on a computer. (A most unnerving experience, I can tell you, though not as unnerving as someone stretching your legs by 35% and making your hair grow by four inches!) I first came across Dermablend before it became Vichy Dermablend; a makeup artist used it on a shoot to cover a mammoth spot that had erupted on the side of my nose. She had a palette with loads of shades in little pans and she mixed a few of them together to get my perfect match. No little palettes now, though, it’s all far more convenient. I suppose that Vichy makes the Dermablend coverage more accessible; it brings it to the mainstream as a user-friendly product rather than it being a specialist range. It offers really quite extreme coverage at a very decent price.

My favourite product, and the one that I use most, is the Corrective Stick. I find that this is easy to use when I’m on-the-go and I like the control that the stick applicator gives me. I can apply it directly to the skin, or use my fingertip to melt the waxy formula a little and pat it on that way. This allows me to build up the coverage in the places that I need it without feeling as though I have too much makeup on – I tend to keep the rest of my base quite light and sheer. I said that it was the Corrective Stick that I use most but I should have said Cream Stick, which is the previous incarnation; a chunky, cumbersome little fellow with a rounded head. Still brilliant, but not as brilliant as the new face-lifted version, pictured above – I can’t wait to get going with this! I’ve already had a bit of a mess about with it and it’s the same excellent formula, just in a much more wieldy case. It’s easier to apply the makeup around your nose and under your eyes, thanks to the tapered tip, and the slimline shape gives a much better grip.

There are five shades of Corrective Stick; I have shade 25 but am most definitely a 15, just in case you’re wondering which you match. The 25 is only just too dark for me, so I’d say that it would suit a fair/medium to medium skintone. You can find them here at Escentual.com – at the moment they have 1/3 off “French Pharmacy” brands so it’s £10 instead of £15. I think that this coverage stick is a useful thing for everyone to have in their emergency kit! 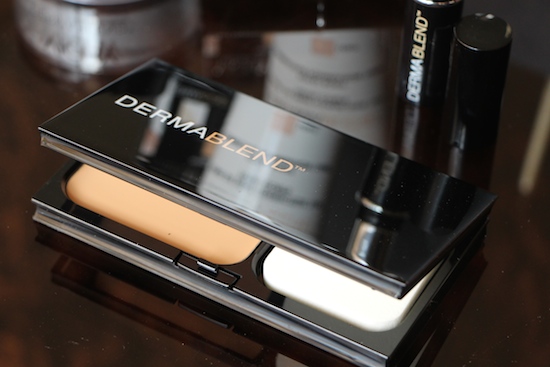 Vichy Dermablend also have a fluid foundation in a little tube, but as I usually only need coverage in quite specific areas, I find it a bit too much for my needs. Kind of like using a helicopter to hang the washing out, or whatever it is they say. A new addition to the range, however, is the Corrective Compact Cream Foundation (here). Again, available in five shades, it has a great formula that seems to simply erase imperfections as you pat or blend it in. The thing that I like about these creamier formulas is that they feel almost waxy when you apply them, but they don’t sit heavily on the skin and they don’t look heavy on the skin. They last an absolute age without budging (especially if you set with the powder, see below), but they blend in seamlessly and don’t have a waxy sheen. Some high coverage cosmetics look like stage makeup – great if you’re performing in the West End, not so much if you’re sat on the 55 bus to work looking as though you’re wearing a rubber mask. 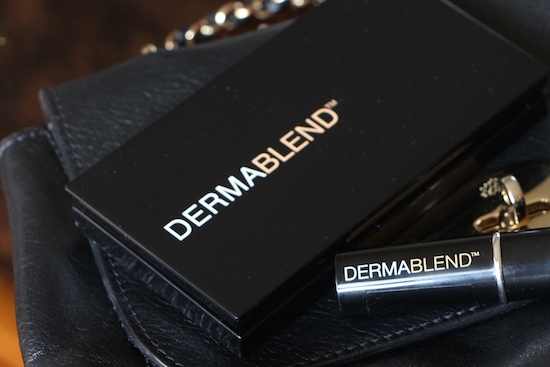 There’s also a corrective body foundation in the new line-up, which I’m quite excited about. It’s supposed to be ultra resistant to water, sweat and rubbing off and have a sixteen hour hold. I’m pretty sure that the concealer Cream Stick lasts about that long on me when I have to do a full day followed by an evening event, but I must do a proper test with these and take some before and after pics. I’ll do that as soon as I get the right shades – my 25 concealer is a little dark for my face and the “light” body foundation is just a smidgen too pale for my body. In the meantime, you can get the full range with a third off at Escentual.com, including the amazing setting powder that I wrote about a few weeks ago.