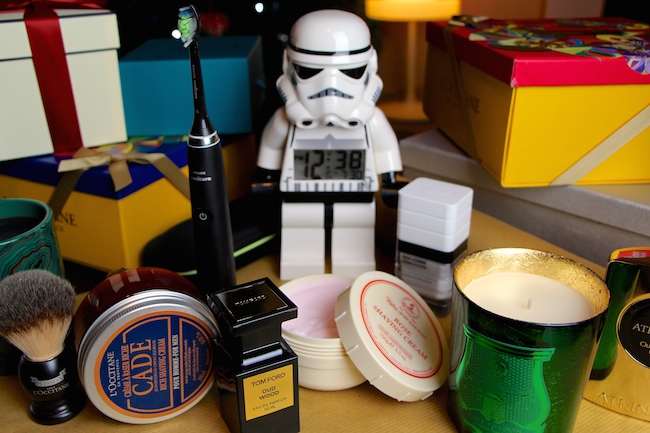 I felt quite bad about leaving you all in the lurch when it came to ideas for men’s Christmas presents; I said in my previous gift guides that I found shopping for men really dull and frustrating and that I wouldn’t be going there this year. But then I sat and thought about it, and realised that if I find shopping for men’s stuff dull, and I’m a shopaholic, what must it be like for people who hate shopping? It dawned on me that actually, the men’s part of the gift guide is possibly the most useful and most-needed section. So here we are – a few ideas. Gifts for men. I’ve tried to straddle (oooh!) a number of different price ranges so there should be something for everyone – and if all else fails, you simply can’t go wrong with a Storm Trooper lego clock. Enjoy – you’re in good time to order most of these things and get them for early next week.

1) Yes, it’s an alarm clock and yes, it’s a “lego” Storm Trooper. But Mr AMR gave it a thumbs up and so in it went to the photoshoot. I bought this for my nephew, who is six, but it has met with grunts of approval from a whole bunch of different adult men and so it’s a bit of a crowd-pleaser, if only a novelty one. It’s £17.99 from Amazon.co.uk 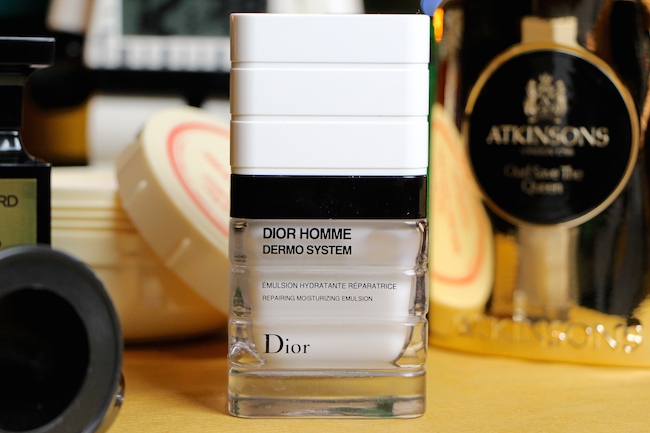 2) If you have to buy him skincare then make it something that at least looks the part. Dior’s Homme Dermo System looks half-retro, half-space-age and is suitably posh if you have a discerning gentleman to buy for. Mr AMR assures me that this is a really nice moisturiser – “very light and makes your skin feel silky. It slides on easily and doesn’t leave any weird residue.” (And that, ladies and gentlemen, is the most feedback I have ever been able to squeeze out of Mr AMR!) Dior’s Repairing Moisturizing Emulsion is £37 with delivery from FeelUnique.com

3) Just peeking out cheekily in the background is Atkinson’s brilliant Oud Save The Queen aftershave. It comes in a gold bottle shaped a little like a hipflask (the pictures further up show the whole thing) and the scent is woody and manly without being too obvious. It’s a great one if you want something a little more quirky and different. It’s £140 at Selfridges.com 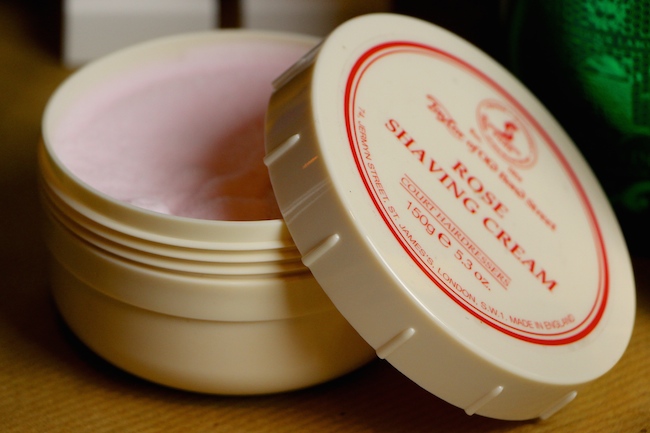 4) I now buy my Dad a pot of Rose Shaving Cream every Christmas – he loves it. It’s a proper treat and makes for a professional, smooth shave and it smells gorgeous too. Taylors of Old Bond Street do a number of different scents, Sandalwood is also beautiful. I get mine from FeelUnique.com – it’s £8.95, which, when you think about it, isn’t too much more than some of those awful ones you get in the tacky gift sets! 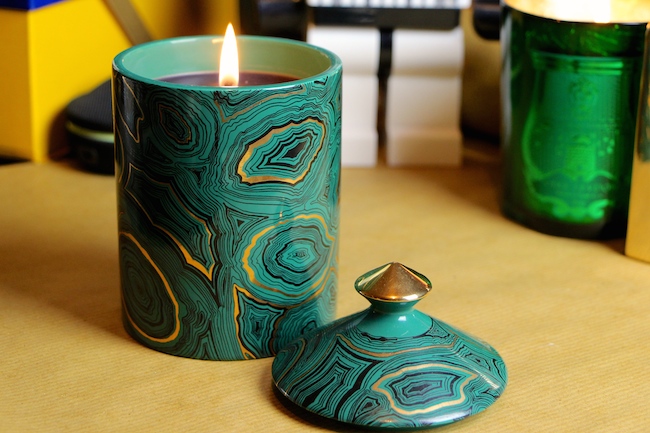 5) These are no ordinary candles: Fornasetti (shown front) and Cire Trudon (peeking in at the back there) make some of the finest candles in the world. And the reason I’ve featured them here is not that they look particularly “masculine” but because the fragrances are always so dark and sexy and spicy. Men, in my experience, don’t tend to comment on candles but whenever I have one from either of these brands burning in my house it always draws a little compliment… The Fornasetti Malachite candle is exclusive to Selfridges.com and costs £110 but is a bit of a showpiece in terms of the packaging and presentation – Cire Trudon’s Gabriel is the most beautiful, woody, musky candle and costs £65 at Net-a-Porter.com. The annual candle video will be up early next week, but if you want something really special to kick off your festivities then grab a Cire Trudon, I promise you won’t regret it! 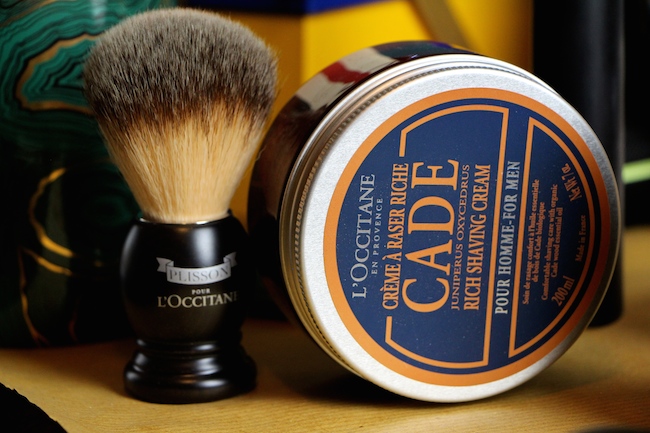 6) l’Occitane have a lovely and very smart shaving range. I like the Cade shaving cream which is rich and sumptuous and the Plisson shaving brush, which comes boxed and looking nice and classy. You can find the whole range online here. 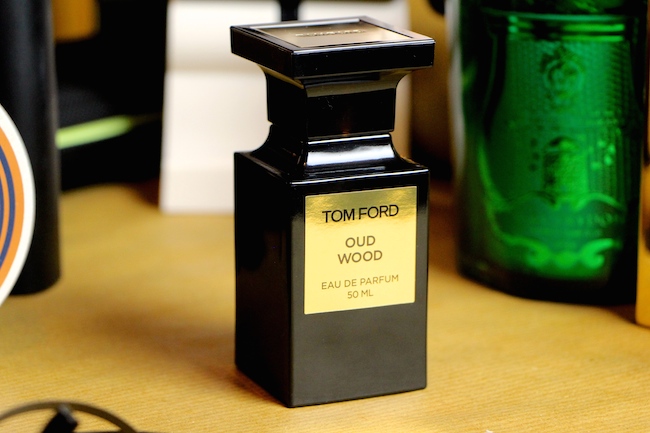 7) Sorry, back to the pricier stuff, but this is a bit of a winner. Tom Ford’s Oud Wood has earned itself a bit of a cult status and its spiciness and woodiness is quite universally appealing. Though it is expensive, so always good to try and get a sniff in before you buy! If you feel like a bit of a risk then you can order online at House of Fraser – it’s £142 for 50ml. 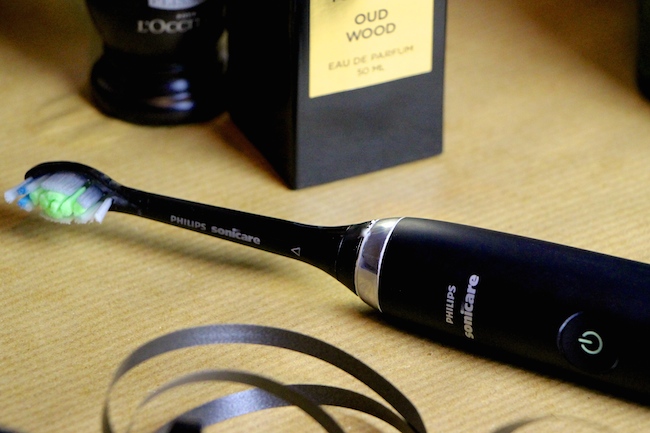 8) The absolute King of Toothbrushes – if ever a toothbrush could be sexy, then this is it. It also happens to be incredibly good. It comes with a glass mug that charges the unit, a carry case and spare head and also (if I remember rightly?) some kind of USB charging cable. Mr AMR literally raves about this and I think that it’s a top gadget recommendation. It used to be about £250, but it seems to be a lot more affordable this year. I’ve found it at John Lewis for £99.99 and on Amazon it is £94.99 with free delivery here. 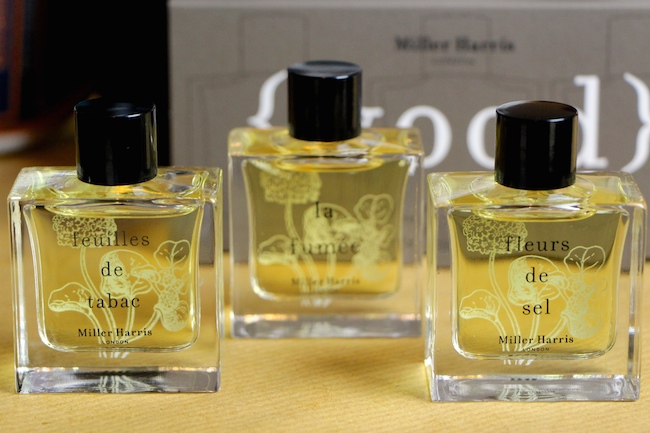 9) Finally, a very sweet little collection of three scents from Miller Harris called Wood. A nice way to try some new fragrances and I like each and every one of these – really quite delicate for men’s scents and unusual enough to keep you coming back for more. If you’re trying to steer clear of the “mainstream” aftershaves then – again – these are something just a bit interesting and quirky. The set costs £60 – I bought mine from FeelUnique.com and have yet to decide who the lucky recipient will be…

Hope that helped – do take a look at the other Gift Guides for more inspiration!