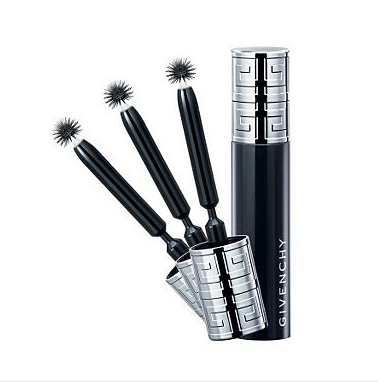 I don’t often feel a pressing urge to write about something so soon after trying it, but I think that this Givenchy mascara is absolutely exceptional. You may have already seen this particular applicator or ‘wand’ – it’s spherical! Very unusual. My friend Dina who’s a session makeup artist on everything from TV ads to glossy mags (and she’s available for weddings! D+D Makeup) told me about this peculiar Givenchy wand ages ago and I have to say that I was more than a little dubious. I’m kind of ‘anti’ weird wands, in general, as I have a hard enough time of it just using the normal ones! But Dina raved about it, so I was very interested to give it a go….

I wish that I had done so earlier – it’s brilliant! Somehow, the round tip of the wand (which looks like some kind of medieval weapon, a kind of spiked cannon ball!) manages to apply mascara precisely to each individual lash without taking ages and ages to build up volume. There’s no clumping and I don’t find that I get mascara all over my lids, either. I thought that the unusual applicator would take a lot of getting used to, but in fact I had developed quite a good technique by the time I was on my second go!

The mascara seems to be pretty hardwearing, though I do get some little specks falling into my eyes at the end of a long day. But it’s the effect that I find so incredible – my lashes have never looked better after just one coat of something! They look almost as though they’ve had extensions – they look longer and darker and slightly thicker, more curved, but with none of the clumpy, clumsy effect of some mascaras. It’s pure sophistication. I promise that I’ll pop it into a video soon so that you can see how it looks close up, but if you want some ‘blurb’ or ‘spiel’ then you can find a bit more info through the links below. 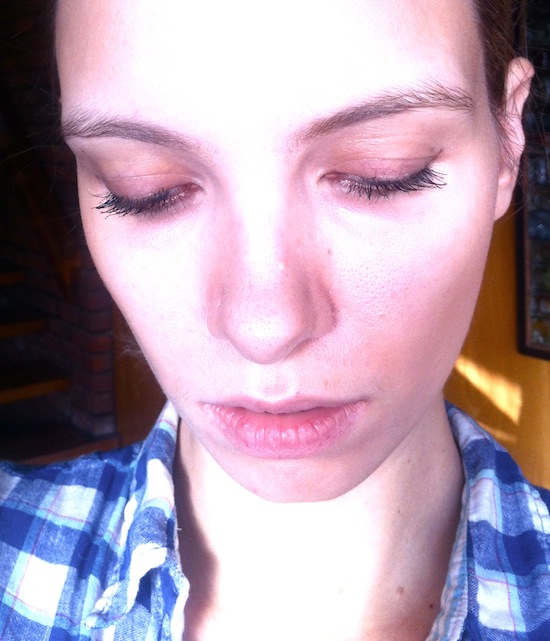