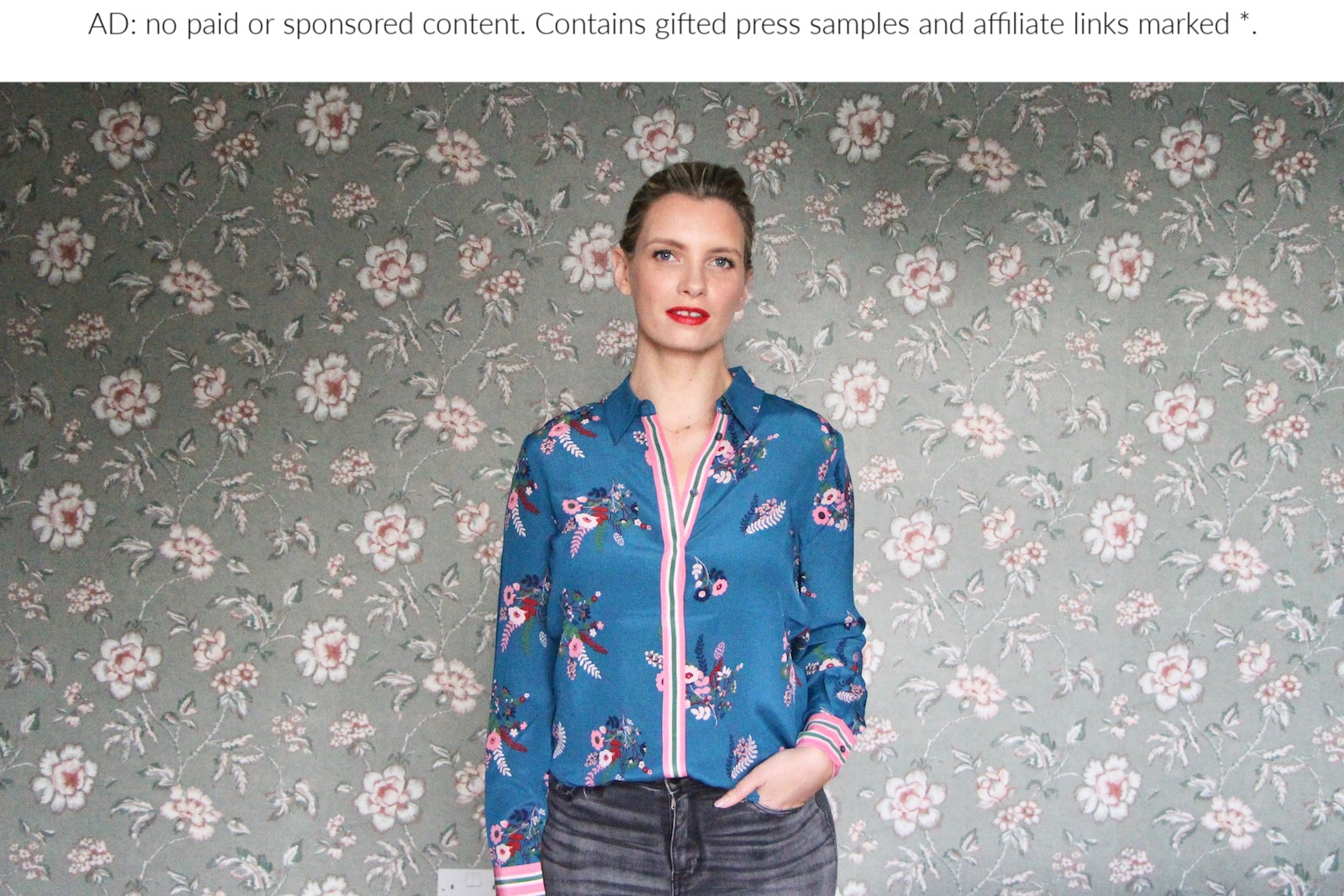 We need to talk about BBC’s drama Gold Digger, but also about a hot red lipstick. Weird mix, admittedly, but I got distracted halfway through recording my makeup video and ended up talking about Tom Hardy, morning breath and implausible storylines. Sorry about that.

Shall we get the makeup out of the way first? In the nicest possible way. Because I will return to red lipsticks in the next couple of weeks – it’s nearly Christmas, after all, which means that red lipstick posts are almost mandatory.

The one featured in the below video (which you must please watch) is the new Chanel Rouge Allure Lipstick in Rouge Spectaculaire, which is £35 here*. It’s luscious and has the special clickety-click packaging that I adore so much. (I wrote about this particular packaging years ago – a whole post on it! – here.)

Rouge Spectaculaire is not my usual choice of rouge – this one has a smidgen of pink to the mix, whereas normally I tend to err towards an orangey hue. The pink (or blue) tones do make your teeth whiter, unlike yellowish tones which make you look as though you’ve been chain-smoking Benson & Hedges for the past thirty years.

This fancy Chanel one is a punchy and true red and is perfect for kissing under the mistletoe, which is something that nobody does, ever. Which brings me smoothly to my Gold Digger rant, which is about another kissing situation that surely never happens and that is: kissing – heavy petting, even – first thing in the morning.

Who on earth smells good enough to kiss someone as soon as they wake up? If they do, I want to know their secret. Do they sleep with an extra strong mint slowly dissolving under their tongue? For most people, the first proper exhalation upon waking is one of pure evil. I can imagine that it’s the bodily equivalent of when the landing crew at an airport open up the airlock on the plane and release all of the noxious gases that have collected during the eight hour flight. Imagine!

Yes, in fact I’m going to run with that analogy – first breath upon waking is equivalent to airplane door opening after a long haul flight. You can almost see the horrendous green air puffing out towards the crew who wait on the other side. It’s a wonder they don’t pass out, or even melt.

So anyway, Gold Digger got my goat because of the morning kiss thing. I know we should suspend disbelief and all that, but really that’s something I refuse to budge on. Especially as both parties in said BBC drama had been drinking heavily the night before the kiss – I didn’t see any water or Alka Seltzer on the bedside tables and neither had apparently been to the bathroom to brush their teeth.

I know that it kills the romance, somewhat, thinking about the morning kiss but it’s all I can see when they do those scenes. I inwardly cringe. I reach towards the television with my outstretched claws in a vain attempt to separate them.

“For the love of God, don’t do it! You’ll never look at them in the same way again!”

But the morning kiss wasn’t my only problem with Gold Digger. It was the entirely questionable relationship as a whole. She, sixty years old, he mid-thirties. He looks like an M&S underpants model, with his manscaped beard and smooth chest, she looks – well, like Julia Ormond. Beautiful, slightly fragile, very obviously older than the bloke.

Which is not where the problem lies at all. Not with appearances. Because age gaps are fine, obviously. I mean who would have a problem with them in normal circumstances apart from nosey parkers and “Infuriateds of Maidenhead”? Each to their own, love knows no bounds, etc… except that in the case of the BBC’s drama there was absolutely nothing appealing about the young guy. Benjamin. There was no real love established – no behaviour on his part that would make anyone fall at his feet, let alone a wise, well-heeled, intelligent woman of means who had been hurt before.

It made no sense.

The whole thing continued to make no sense for the entire series, which meant that I had to listen to Mr AMR saying, repeatedly, “shall we just skip to the last episode?” He always suggests that when he thinks that a storyline is lacking. I always refuse because it’s a bit like cutting out the journey to somewhere vaguely important – I quite like to see where I’m going and how I’m getting there, rather than waking up in LAX wondering what the hell happened after five gins and a sleeping tablet.

People of Britain (and possibly others, if you have access to BBC iPlayer – I’m not sure how widely available it is): give your verdict on Gold Digger. I’m awarding it a 5/10 and one of those points is for the epic manor house in Devon that they used as a location. Swoon.

And a 5/10 might seem low, but I did enjoy the whole thing immensely. I kept thinking that there would be a great twist – it never came – or that Julia Ormond would chop all of her hair off with big scissors, like she did in Legends of the Fall, but the ending was rather like the long, slow, comedy deflating of a flatulent balloon.

The best character, I thought, was the lawyer son Patrick who was in equal parts selfish and highly-strung and amused me no end. I constantly saw him as being on the verge of having one of his forehead veins explode, which he would then blame on his mother’s new lover. Benjamin. 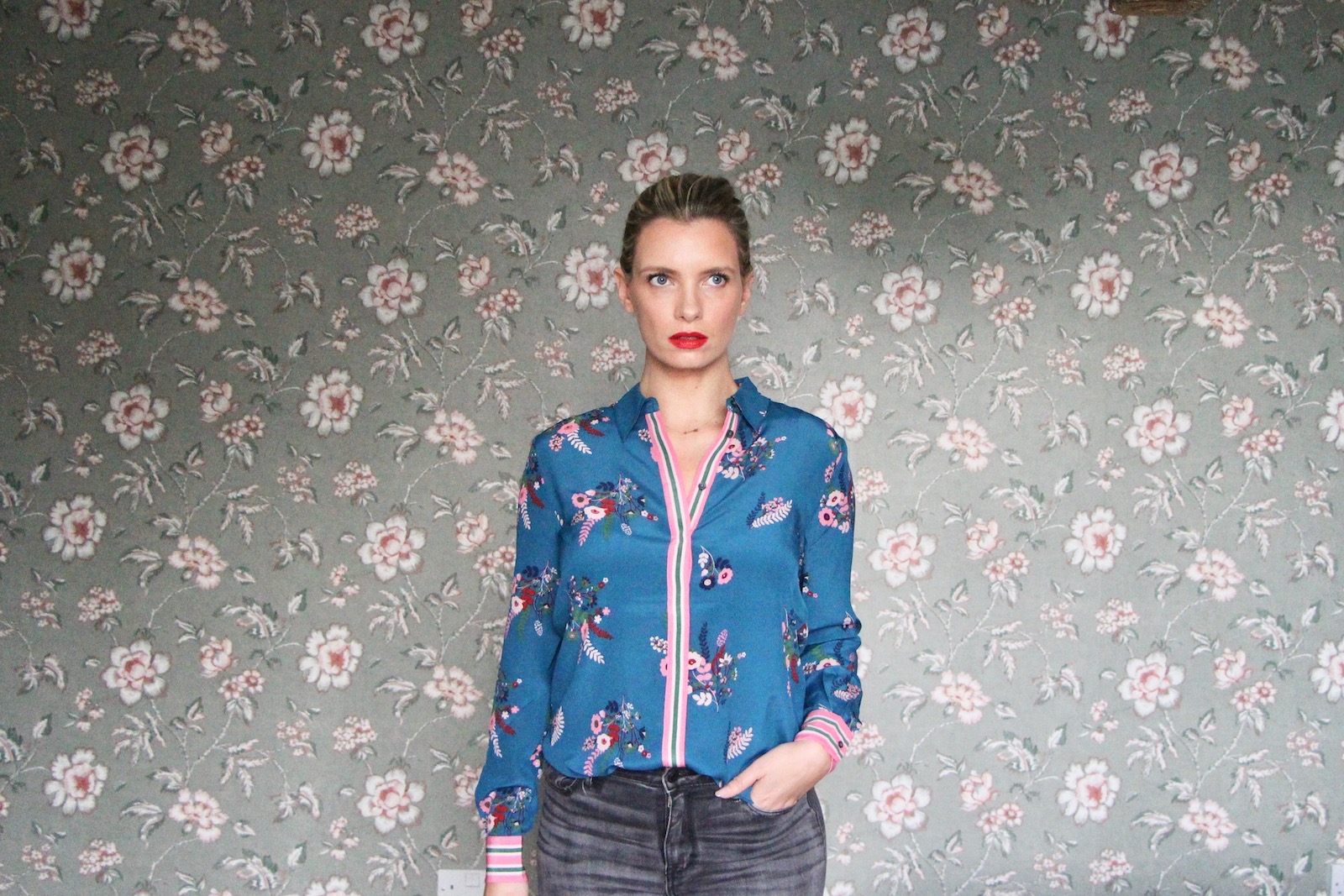 Before I leave you to comment with your own Gold Digger thoughts, I need to mention the silk shirt I bought from Boden a few weeks ago. It’s a class act, isn’t it? I thought that it was very Gucci with the striped trim and the floral print.

It was £110, but at the moment Boden have 30% off pretty much everything – see code on their homepage here*. So glad that I paid full price! I will revisit this shirt because it’s a cracker – flattering, drapes well and the sporty stripes make it rather interesting, I think. I’m wearing a UK10 but it does pull a little over the boobs, so I probably should have gone with a 12… I’m usually a UK12 so I’d say that the shirt runs ever so slightly on the large side.

Clarins Everlasting Youth Fluid Foundation in Shade 110, £35 here*: http://tidd.ly/acf849d6 NB, I love this foundation, it’s so dewy and natural, but I DO get some oiliness and slippage on the t-zone after a few hours!