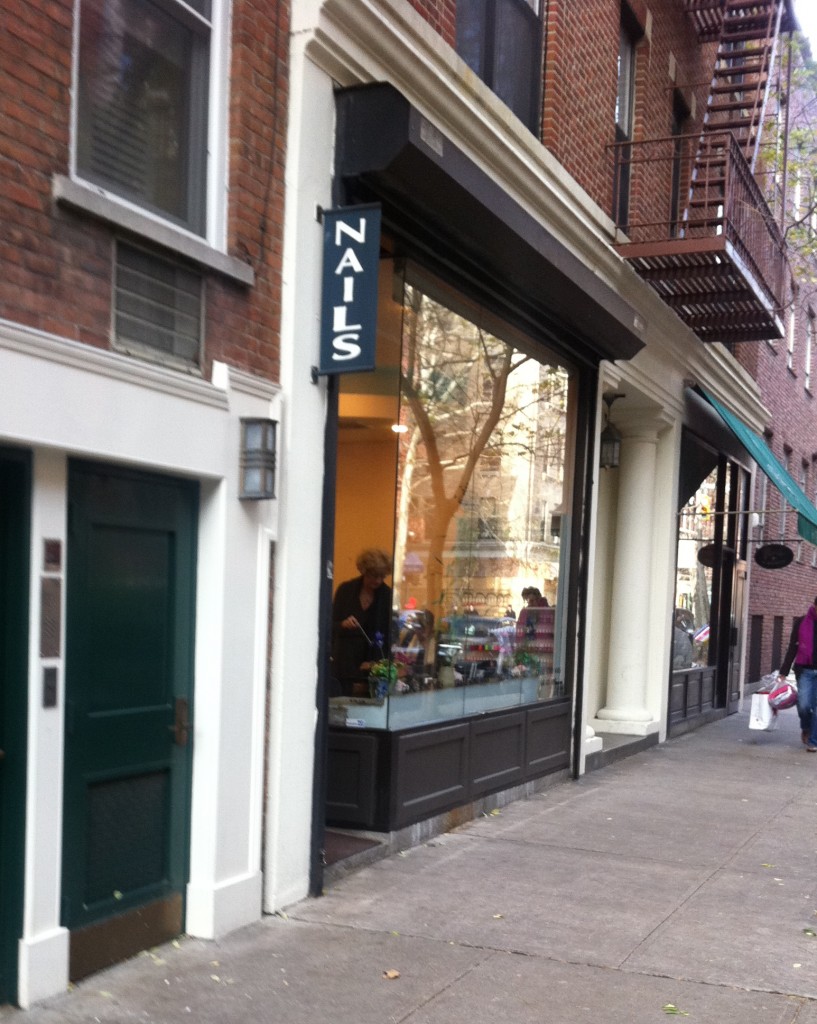 Grand Soho Nails is in South Village, New York City, on Sullivan Street between Prince and Spring. Now I know that it’s a bit of a stretch to be discussing a nail bar in Soho, New York when I spend most of my time in London, but this isn’t just about Grand Soho Nails, it’s about the New York manicure in general. Because my manicure cost me thirteen dollars, people. Thirteen dollars! At today’s exchange rate, that is £8.25. For that price, I had my nails filed, buffed and painted (including base coat and top coat), I had my hands soaked and massaged, my cuticles pushed back and tidied, and any bits and bobs of untidy skin removed.

For an equivalent manicure in London, you would be looking at at least three times the price. There are cheaper manicures, the ‘mini’ style treatments that last just a few minutes and get you a file and a coat of paint, but I simply do not see the point of them. Unless you’re in a dire hurry for an important event – but even then, you’d be better off buying a bottle (or two!) of gorgeous polish and painting your own nails at your desk!

So anyway, I was mightily impressed by my NYC manicure. I’ve had manicures in the States before, but I hadn’t really taken much notice. I was watching like a hawk on this occasion, because I knew that I would be reporting back! My nail technician didn’t speak a word of English, which spared her having to listen to me waffling on about crap for half an hour. Thinking about it, she could well have been pretending not to speak English… 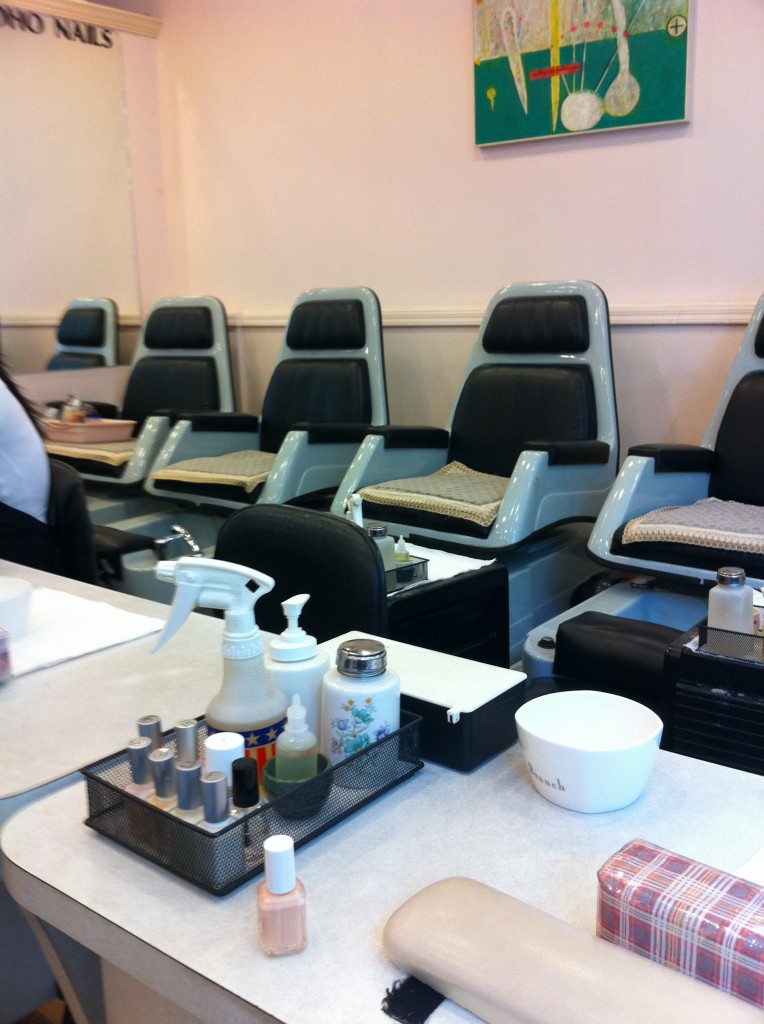 After choosing my Essie polish from a selection of around five thousand nude shades, (I went for “Naked Truth”), I took a seat and the manicurist began. She clipped, filed and buffed my nails – neat and short, which is the way I prefer them so that I can still do things like open cans of tomatoes and…er….type. She then soaked my hands, tidied my cuticles up and gave me a lovely hand massage. Rather scarily at this point, a tiny chinese woman sneaked up behind me and started kneading at my shoulders. Please bear in mind that I had no idea that she was approaching me – she was as stealth as a bloody ninja! – and I was in a pretty relaxed state. So I hope that it’s forgiveable that I jumped up and karate-chopped her in the windpipe before snapping her neck. I have very finely-tuned reactions. (JOKE!) Seriously, though, this woman must have been on some kind of steroids; she could have bent a truck in half with her bare hands! After about ten seconds of kneading, she said “you want extra massage?” and I had to decline – for two reasons. Firstly, I was slightly worried about what “extras” might mean, and had visions of myself being forcibly stripped in the waxing room; secondly, I had a premonition of myself being pumelled to death or sustaining serious internal injury. Honestly, in twenty seconds she managed to set my entire back and shoulders on fire!

So anyway, where was I? Nails! They looked very good. I had gorgeous, neat, nude nails and it cost me just over £8. That’s two or three hot chocolates at Costa.Bargain. If manicures were this price in the UK, I would have one every fortnight. Period.