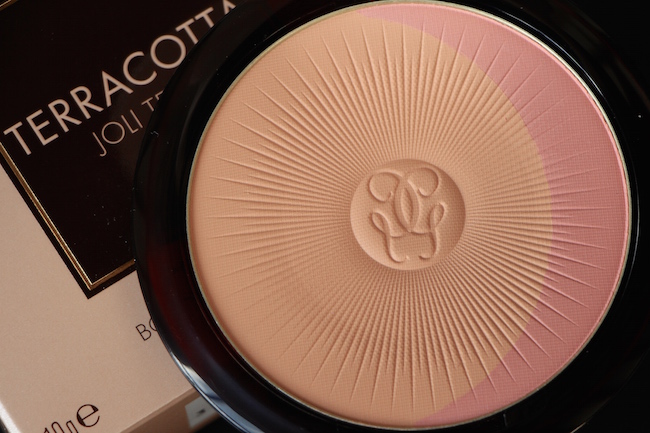 There are two ways of looking at Guerlain’s “Terracotta Joli Teint Healthy Glow Powder Duo” (longest product name in the world, and breathe): either it’s a finishing powder that you sweep over your skin to warm it up and add that final layer of faked “rude health”, or – if you have particularly fair skin – it’s the perfect subtle bronzer for all-year-round bronzing. On me, with my fair-medium skintone, the Joli Teint powder works in much the same way that Chanel’s Les Beiges does: the effect is almost imperceptible, at first, but then after a few goes with the powder brush there’s a noticeable change in tone and glow. It’s not shimmer, it’s not colour, it’s just…a kind of healthiness. 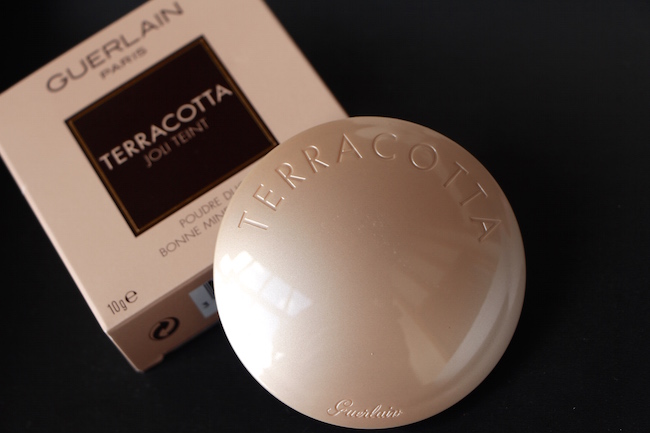 Many people will see these types of powders as being rather pointless; they either want to bronze themselves or not. They want to finish with a powder that will keep shine away, or not. If they want to add a subtle hint of blush then they’ll do so, and they’ll do it with their blusher, thank you ever so much. Something that’s so subtle you can hardly tell that it’s there is many people’s idea of a total waste of time. However, I will say that I use my Chanel Les Beiges powder on an almost daily basis and it does have an effect: just one that you can’t quite put your finger on.

The Guerlain Terracotta Joli Teint Powder Duo is very similar, but with an added crescent of pinky powder to mimic that “lightly sunkissed” effect. I have the very palest shade (00) and could probably, in all honesty, do with a tad darker, but have a look and see what you think. Here I am with just foundation (actually BB Cream, it’s the Precious one from l’Occitane, shade 02): 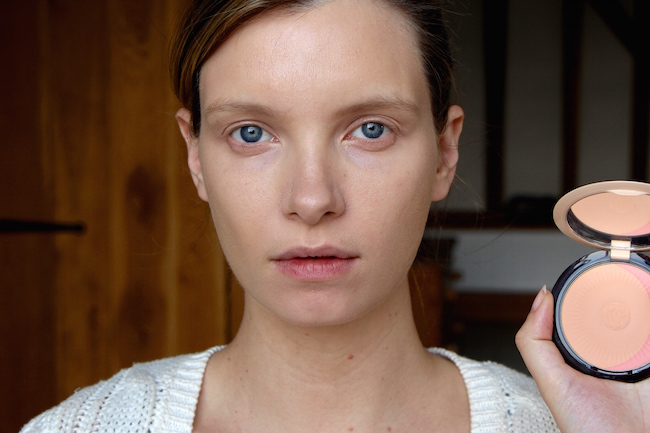 The skin looks fine, but see how the Joli Teint peps things up a bit in the next photo. 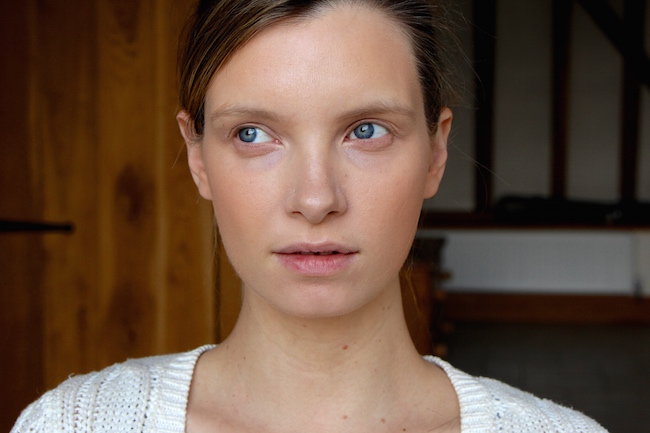 It’s just like a very subtle injection of life, isn’t it? A day spent outdoors tending to the flower beds, or what have you. (Does anyone actually do that? The moment the sun comes out I’m usually flat out on a towel with my eyes closed! Sod the flowers.) Unless I’m going completely and utterly bonkers, there is a definite difference. Actually more so than you get with Chanel’s powders, I think, but mainly because with Les Beiges you match the powder to your skintone, so it has less of a hue to it, more of a glow. (You can go a shade or two down, to get that pale-bronze effect, but I’m not sure it’s as warming and summery as this Guerlain gem.)

And so: one person’s pointless is another’s treasure, or whatever the saying is. There are those who see no point in any of the subtle no-makeup makeup products on the market, but then there are others (me included) who bloody love them for their natural finishes. And also the fact that it’s very hard to overdo it with these types of “barely there” cosmetics – you’d have to be some kind of demented brush-wielder to get this powder wrong. It’s utterly, utterly foolproof.

You can find all four shades of the Guerlain Terracotta Joli Teint Healthy Glow Powder Duo (*takes a nap*) on Escentual.com here – they cost £31.95 each.