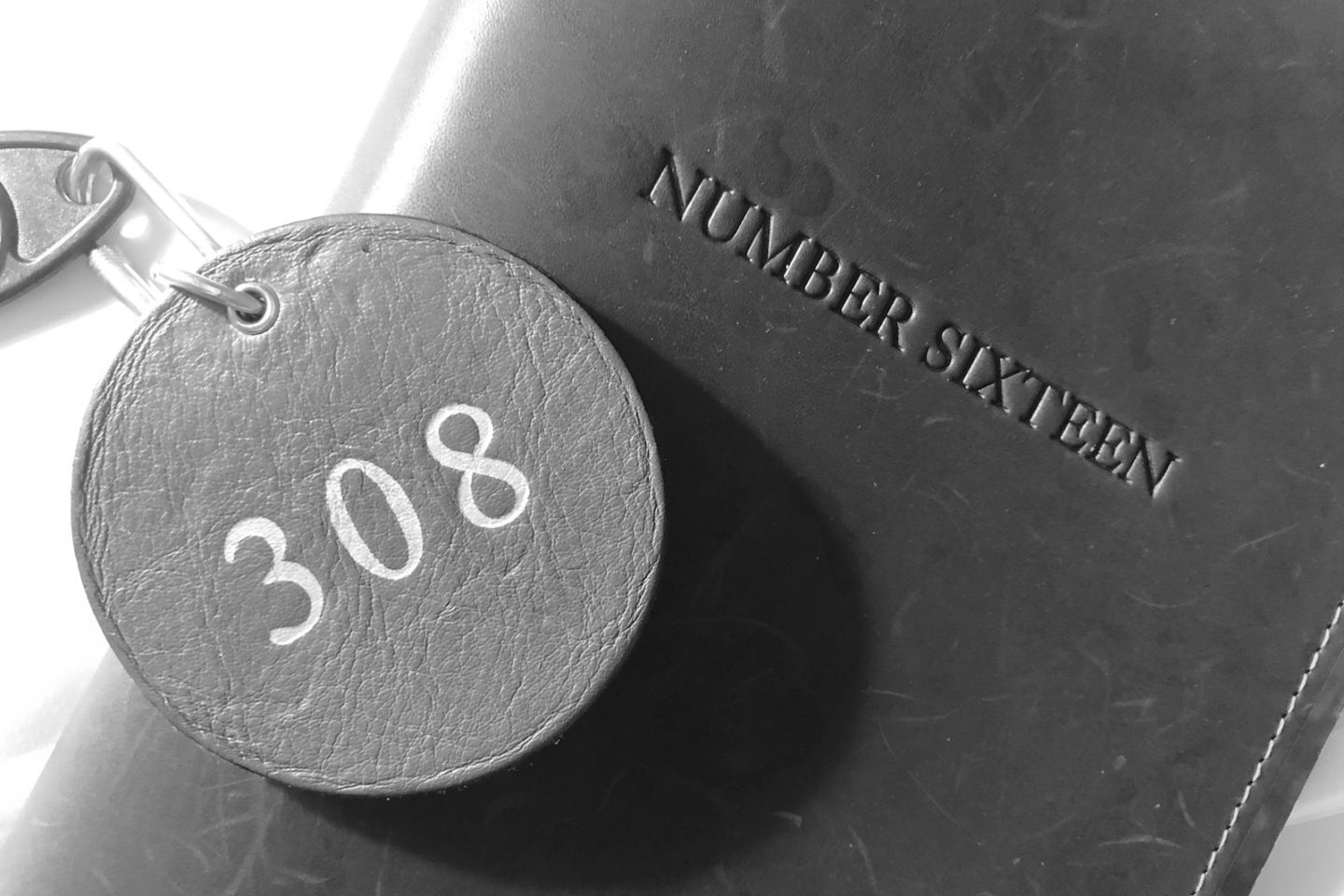 For the past few months I’ve been quite preoccupied with finding luxury London hotel rooms at less-than-luxury prices; not necessarily luxury rooms that have been heavily discounted, but rooms that are simply well-priced to begin with. Perhaps a room in a hotel without all of the amenities of a full-on luxury destination, or a tiny room in a posh hotel or a normal-sized room that is stylish but doesn’t a bathroom decorated in gold leaf.

I have, in short, been trying to find the unknown gems. The tucked-away hotel that has no bar but exquisite, quiet rooms; the quirky place with copper baths and creaky floors but no room service. I’ve come to realise that what I want from a hotel room is quiet, cleanliness, good wifi and good ventilation (God, I’m eighty), but at the same time, if I’m spending upwards of £200 (which isn’t at all difficult in London, obviously) then I want something slightly special. Stylish. “Hip”. (Kill me.) Otherwise I’ll book into a well-established chain, somewhere boring, and be happy that I can – if I wish – have a buffet breakfast in the morning alongside eight hundred other people.

So I wanted to document my budget-luxury hotel experiences and I have quite a few posts to catch up on. I’m starting with Number Sixteen in South Kensington not just because it’s chronologically the first I stayed in (I think?) but because it presents me with a big hotel review dilemma: does my desire to stay somewhere luxurious and cool overtake my need to sleep in a room that’s bigger than an understairs cupboard? 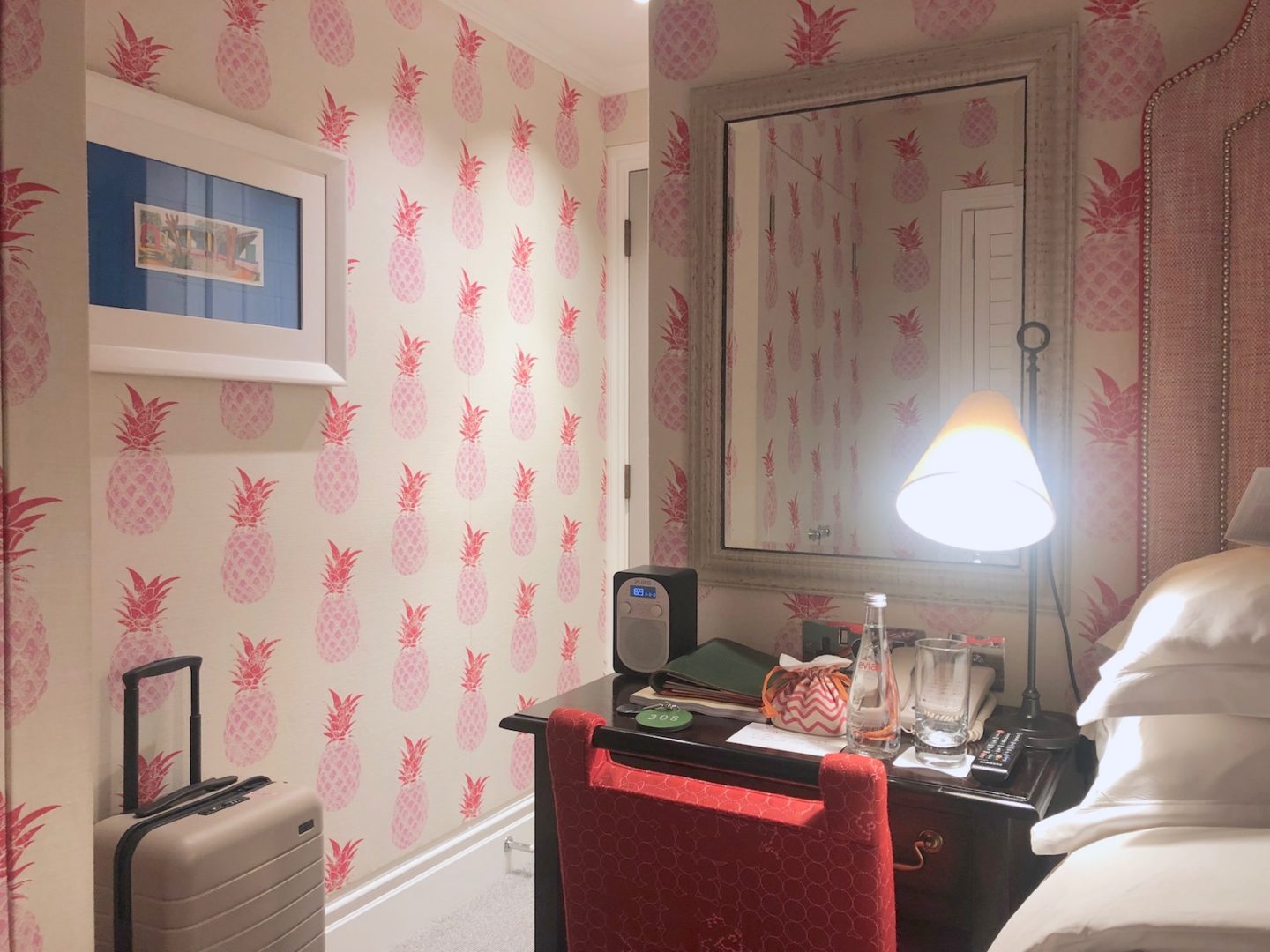 I booked Number Sixteen – and the “single” room specifically – because a friend of mine had stayed there and Instagrammed the small, but perfectly-formed, guest room*. What a great idea, I thought; cheap room in an ultra-hip, highly-regarded hotel. A tiny slice of luxury for a fraction of the price! Now this friend did make it clear that the room was tiny, but I had sort of mentally pushed that aside and so when I checked in and was shown to the room I was almost delirious with amusement.

The lovely man who showed me in couldn’t actually “show me in” because there wasn’t enough space for two people to stand inside – we’d have been like lovers on the world’s tiniest dancefloor – so he shuffled in with my suitcase and then shuffled back out again. And when I say that he shuffled back out again, I mean that he actually came out backwards, as though he’d put himself in reverse. I don’t think he’d been able to turn around as well as prop the suitcase up against the bed so he’d simply backed out, like the driver of an articulated lorry reversing out from a one way street. Beep beep beep beep.

Once inside the room myself I decided to measure the room with my own body parts (something I like to do when I have no immediate work deadlines and have forgotten my ruler)  and I found that it was a meagre six feet four by six feet four, minus the wardrobe/mini bar/safe and plus the minute corridor. Actually the corridor and wardrobe would probably cancel one another out, so it’s fair to say that the room was around 37/38 square feet. To give it the benefit of the doubt, because quite honestly that sounds ridiculous when I read it back, let’s say 7×7, so forty-nine square feet. Fifty, to be kind. (The hotel website says 86 sqft, which I suppose is feasible considering I forgot to add the bathroom in. But I don’t really count the bathroom as space, unless it’s palatial. I’m not going to be lounging about in there, drinking my mini bar Coke and reading magazines.) 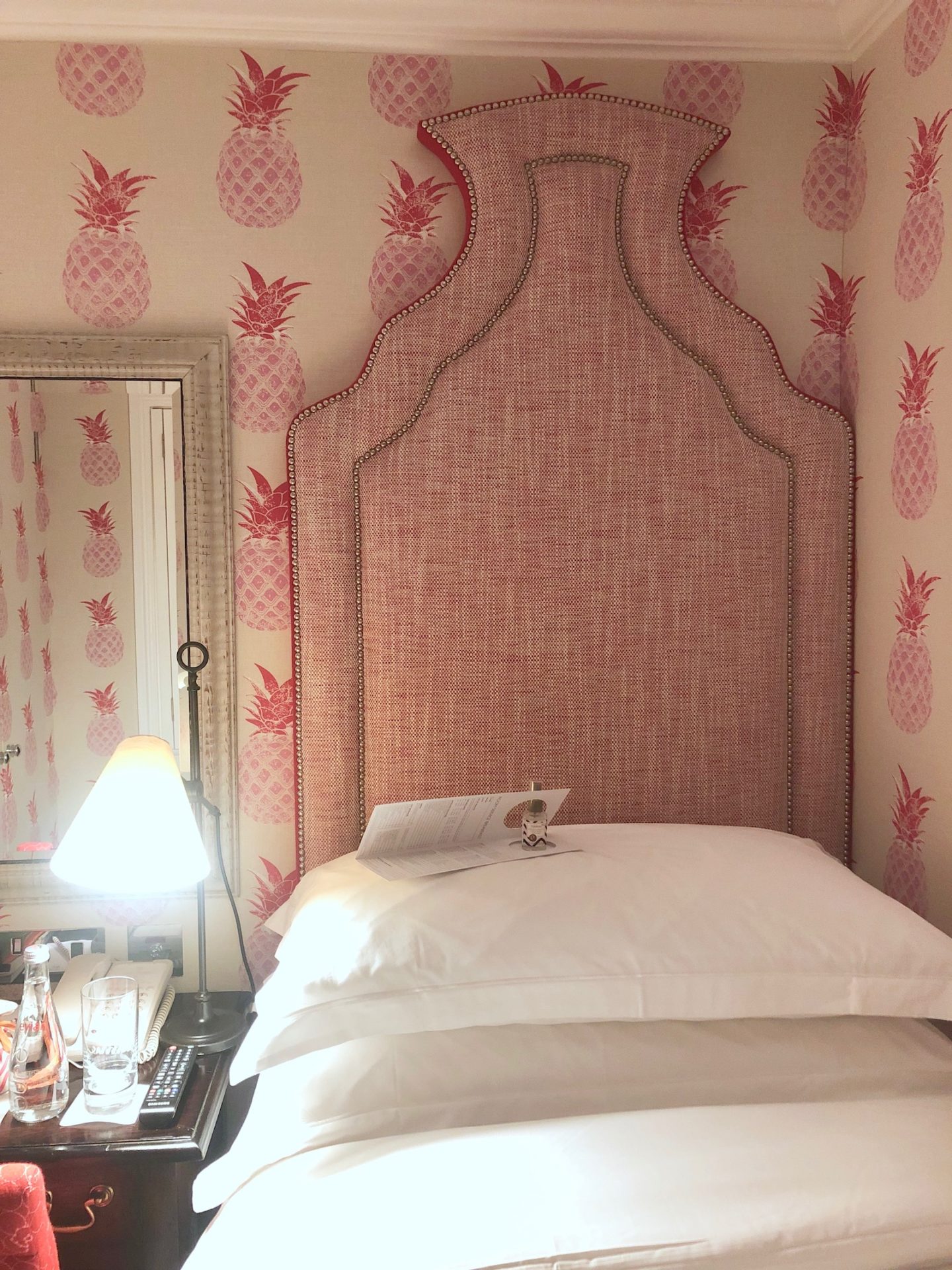 To put this in perspective, Shoreditch House offers “tiny” rooms and they are 165 sq ft. The “sleep pod hotels in Tokyo are around 30 sq ft. The “single bedroom” in Number Sixteen is properly, properly small. The thing is, I don’t have any problem with tiny rooms. I don’t need much space if I’m alone – good job, as I could only just about open my suitcase fully and then I had to step over it to get to the bathroom. A lot of the time I just want to feel as though I’m somewhere lovely, with lovely things to do that are within easy reach. If I’m away for the night and want a gorgeous dinner, a sophisticated drink and then a bed somewhere quiet then I don’t need enough space to hold a small conference in.

But this was TINY. I felt immediately a bit fearful as I don’t like small spaces at all – claustrophobes beware – and I think I would be tempted to pay a bit more for a smidgen more space. But the room size was the ONLY reason I could stay in a Firmdale hotel for less than – what? – four hundred, five hundred pounds? So here’s the question: do you want a hip hotel with gorgeous communal spaces, a library, an honesty bar, great food, great service and a hushed sort of sophistication that you only get in these places, or do you want a bigger room in a hotel that has a lobby with a dusty fake flower arrangement and a lift that smells of Glade?

Both the same price (and absolutely do not want to sound snobbish here, am literally just trying to work out which is the better deal!) but with one room, in the Dusty Glade hotel, coming in at twice the size. (The dusty Glade hotel exists, there’s a review coming up.) To be fair, the room that was twice the size wasn’t huge and the window “looked out” onto a brick wall. Same location, more or less (the hotels are only one street away from each other, which was actually part of my plan as I wanted to compare them – I’m always doing things with some sort of madcap post in mind!) but a world away from one another in terms of style and luxuriousness.

I worked out as I lay in my (pretty comfy) Firmdale single bed at Number Sixteen that the entire room was almost precisely the dimensions of my mattress at home. My superking bed is 6’4″ by 6′ – amazing to think that I could replace my bed at home with an entire miniature room with a much smaller bed, tiny desk, miniscule wardrobe, mini bar and a patch of floor big enough to do a headstand in. A whole bedroom, in my bed!

Once I was over the initial sense of claustrophobia and I had opened my window slightly to let some air in, lest I use up all of the oxygen in the room at once, I pondered whether space was actually important to me. I mean, how much space do you actually NEED for one night? It turns out, more than the space of a cupboard. I tried to love it, the bjoux nature of the place, but I couldn’t shake the feeling that it was rather farcical. I mean there’s small and there’s small. At what point does it just become a bit of a joke? It’s still two hundred and fifty quid – if you want the luxury experience, the hushed, exclusive ambience of the home-away-from-home townhouse, then is it better to just save up and treat yourself when budget allows?

Goodness, I’m very conflicted about this one. Hotel Number Sixteen: top-notch. It was decorated for Christmas but in the most tasteful way you can imagine. Food: delightful. I’d have ordered room service but – quite honestly – I don’t know where I would have placed the tray. I had a sleep spray on my pillow, the decor in the room was obviously very well thought-out, the corridors were hushed and peaceful – I couldn’t fault anything, really.

Except for being squeezed into what amounts to a train sleeper carriage. Part of me thinks it’s insane; why sleep in a cupboard when you could have a bigger room in a not-so-hip hotel? The other half wants me to put up with the diminutive dimensions so that I can “pop downstairs” to a tasty dinner. So what do I actually have a problem with here, the audacity of someone charging me to sleep in Harry Potter’s cupboard or the fact that I hate myself for putting style over comfort and practicality?

In conclusion then, to try and put some sort of sense into this post: would I book a single room at Number Sixteen again? No, I don’t think I would. I was physically quite uncomfortable and I’m not even a particularly large or cumbersome person. I felt hemmed in and slightly panicked and had to do some deep breathing to get me over the initial sense of being trapped in a box.  I would stay in a larger room at the hotel in a flash, but if I was in my £250-budget-testing mode then I would, I think, opt for a bit more space and look elsewhere. Saying that, if other options were grim – as often they are, especially at short notice – then I could, and would, stay there again and spend most of the evening having a meal downstairs with two glasses of red wine, coming back up to bed late and satisfied and full and not really noticing the lack of space. It wouldn’t exactly be a hardship.

Which makes this my most inconclusive, indecisive review ever. Sorry about that. Take my wavering opinions and do with them what you will. If you’d like to read more travel reviews then you can browse all of the posts here. The Number Sixteen website is here – single rooms start from around £200, although I’m looking at a day next week and the single room is £180! For perspective, the Hilton nearby is £160 for a small room…

UPDATE: I’ve been doing a bit of Googling and not all of the single rooms look to be the same layout. One, a fuchsia number, has more of a linear shape and perhaps that one feels more spacious as you can at least walk the length of the cell. I mean room. Haha. I’ve also been looking at guest pictures of the larger rooms and they are bright, spacious (ish) and incredibly stylish so I’m definitely going back to test out a a proper double. Unless I’m now barred, which is possible. Although I can always check in under my new pseudonym,  Harry Potter. *Also, my friend had what looks like a far nicer room than the one I landed – hers even had a bloody balcony! Which would have made all the difference. Worth requesting that one. I think it would have been a whole other review…

Tell me: hotel experiences. Smallest rooms, largest rooms, weirdest things you’ve found in the cupboard, and whilst you’re thinking up these anecdotes you can watch my little room tour video. I forgot to take photos, but surely this is better?