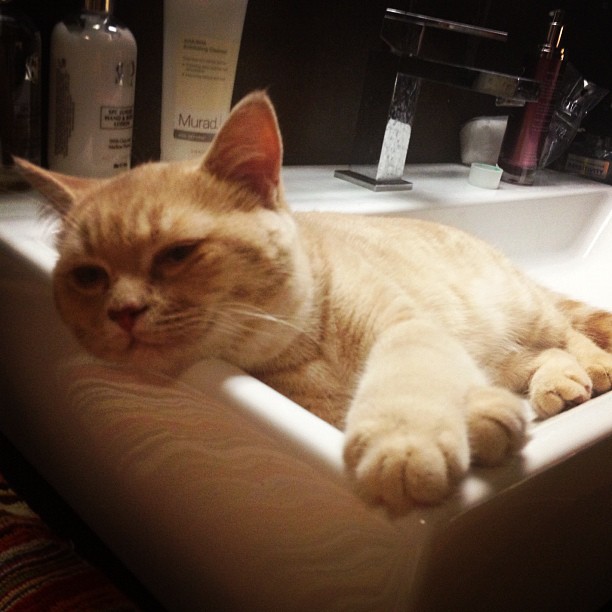 Whoo! It is H-O-T here in London! As a sun-worshipper you’d think that I’d have been basking in my roof-garden but no, I have been house-keeping. Not the domestic kind, but the technical computer-based kind. In yet another hurdle that has been set before me, my database decided to develop a bit of a problem with one of the features that I had enabled on the site.

You may notice that the layout is a lot cleaner – that’s because I’ve had to remove some bits and pieces – and that the menu at the top is different. I have been working constantly since the site was hacked (in March) to rebuild the archives and construct better navigation so that you have better access to popular reviews and tips. Over the next couple of weeks you’ll see some brilliant additions (I hope) that will make A Model Recommends an utter JOY to use!

You’ll see, though, that normal service has not been affected – posts are posting as usual and the Daily Fix emails are winging their way into your inboxes. Thankfully I now have supersonic help when things go drastically wrong, so the site was only down for a couple of hours. Considerably less stressful for me, then – especially as I had a fragile post-castration kitten to watch over! Yes, Mr Bear is now ball-less. Hopefully none of you were eating your breakfast when you read that, HA!

Here he is, my little feline eunuch, lying in the bathroom sink because he’s so hot. He had better rest up, because as soon as he’s better I’m going to put him in a little dancing skirt and make him sing love songs.