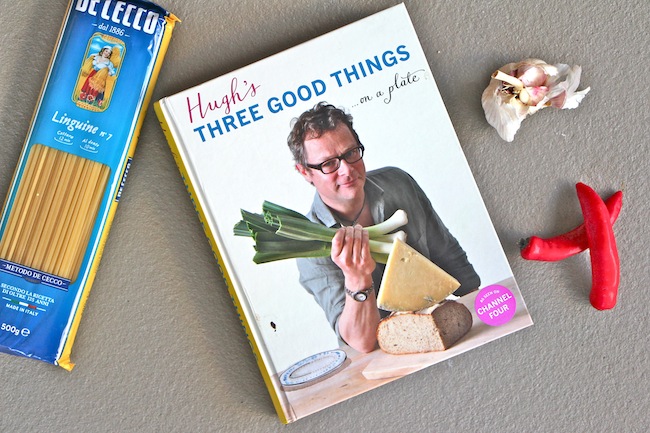 I was given Hugh’s Three Good Things two Christmases ago and it fell by the wayside a bit, what with house renovations and the fact that I was actively ignoring it because the cover photograph was so bad. I mean look at that cover! Why is Hugh grasping his leeks in such a manner? There’s something grotesque about it, as though I’m prying on him in a private moment…

Anyway, my bad because this is an excellent cookbook for people who lack time and just want to chuck a load of stuff together in a pan or on a plate. Tasty, easy stuff like tomato, parsley and chilli salad and interesting “twist on a classic” stuff like cheese and leeks on toast. Lots of the recipes are barely recipes and tend to state the complete obvious, but sometimes I feel as though I need that kind of hand-holding, especially when I’m knackered and have lots of basic ingredients but no energy to think of an inventive way of putting them together. 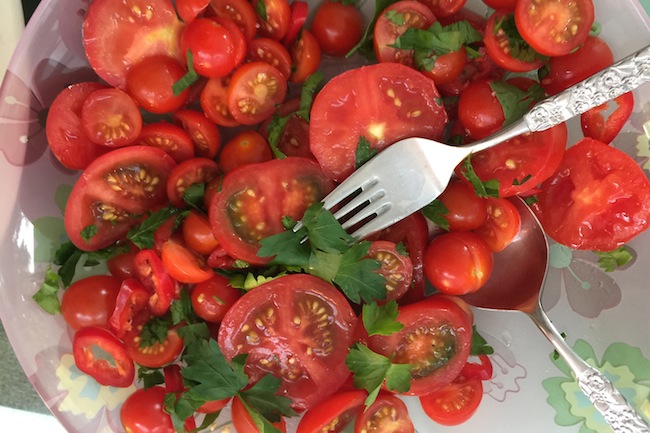 On Sunday I was roasting some chickens for Sunday lunch but wanted to serve a few quick-to-prepare salads on the side, along with potatoes and my cousin’s homemade bread. I did the tomato, chilli and parsley one, the beetroot with ricotta and walnut (substituting ricotta for soft goat’s cheese because that’s what I had) and also the blue cheese, spinach and mushroom, which was an absolute delight and had the tastiest dressing! It was quite the success – I shall be diving into this book again. 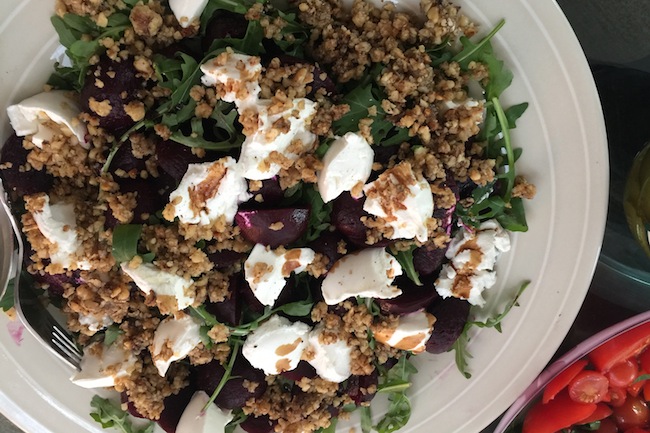 The only thing I will say is that a lot of the recipes rely on having the best possible ingredients – though all dishes benefit from gorgeous produce, it’s even more important when you’re only using a couple of different flavours. Get the best cheese, the freshest veg and the most quality meat you can afford. My tomato salad would have benefitted from slightly more tasty toms!