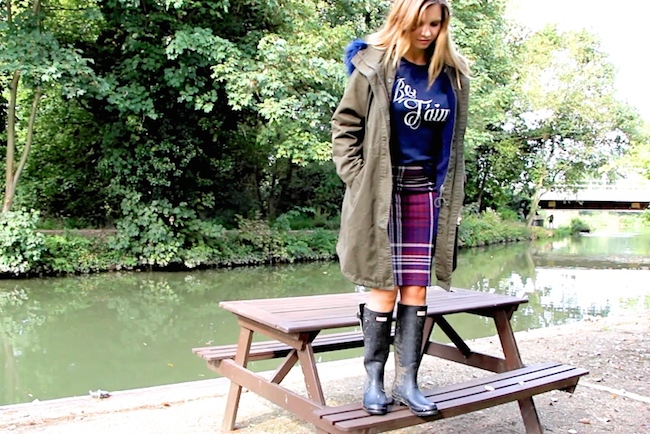 I like a good parka, me. Brilliant for roughing it around the countryside but equally handy for when you want something relaxed and cosy to wear over your smarter stuff. I am a particular fan of the “parka over party dress” look, as championed by Kate Moss and the other highly sociable girls of the late nineties. It was very cool to throw on a battered coat from the Army Surplus Store, especially if there were silky, delicate sequinned things going on underneath. I never got the look quite right; maybe because I tried to achieve it using my Mum’s anorak rather than a battered up army jacket. I probably looked like some kind of Lady of the Night. 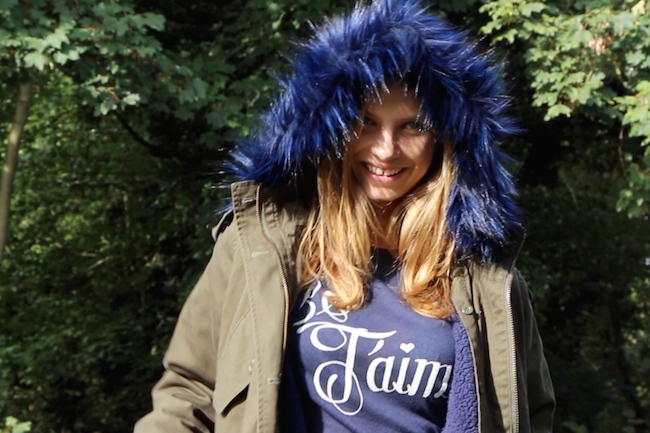 Hush have come out with a lovely winter parka. It has a military feel but is nicely fitted so that it looks feminine rather than chunky or overwhelming. The cotton has a genuinely faded finish to it, as though it’s a coat that you’ve been living in for years, and the parka’s hem dips down at the front, rather than into the traditional fishtail at the back, making it slightly smarter and far easier to style. The main talking point, however, is the bright blue faux-fur trim and fleecey lining. Some will love it, others not so much. I happen to think that it’s a very nice twist on the usual beigey-brown fur and have had loads of comments on it; Mr AMR says that when the hood is down I look as though I’m being piggybacked by one of the puppets from the Muppet Show. What do you think? It’s such a beautifully made coat, and so I hope that they make it permanent with perhaps a choice of fur colour, just for those who prefer to play it safe…

This parka is £170 at Hush. Far more purse-friendly than my last parka purchase, which was $750! Mind you, I’ve worn that coat well over 500 times so the cost per wear has been pretty good… I don’t find many coats that are very cheap and great quality; whilst prepping for my Autumn lookbook video (out in mid-October) I bought three high-street parkas and they went straight back. I was shocked at one of them, which was from a very well-known retailer; the faux-fur was honestly so manky I thought that someone was playing a joke on me! It was like a chewed-up dog toy! And the coat wasn’t even that cheap – seventy or eighty quid, if I remember rightly. So, coats: you get what you pay for. Mostly.

(The images are from the upcoming lookbook; coat is styled with a Wildfox t-shirt and a checked pencil skirt from Baum und Pferdgarten.)