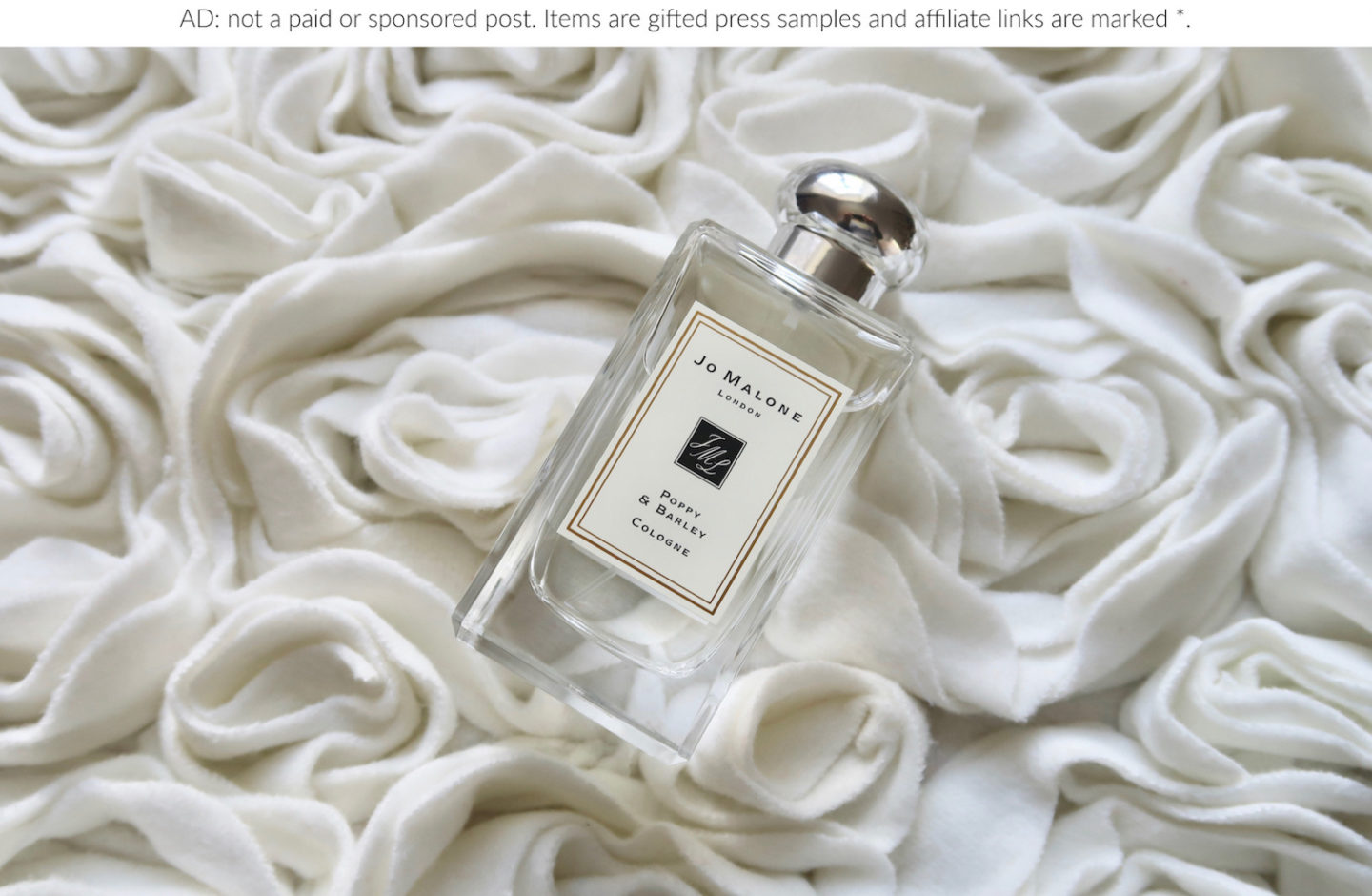 Not since Molton Brown’s Geranium Nefertum have I spritzed a scent and really really liked it. I think that my nose has gone on strike, to a certain extent – it’s not that it can’t smell things, it just doesn’t really get that excited anymore. Not much tickles my olfactory fancy. It started when I was pregnant with my first baby, this whatever kind of attitude towards perfume, and I still don’t feel as though I’m “back in the room” when it comes to appreciating smells.

My most-used perfumes? They are all pretty low-key. I love Philosykos from Diptyque (the eau de parfum* lasts far, far longer than the toilette and is worth the extra cost), I also still use Escentric Molecules Molecule 01 (find it here*) a lot – it’s the ultimate adaptable fragrance, with just one scent molecule that smells quite different on whoever is wearing it. My favourite smell on Mr AMR? The Molton Brown Geranium Nefertum, which is (as I wrote here earlier in the year) so sexy it hurts.

Considering how many exotic, niche and horrendously premium (aka expensive) perfumes cross my path on a weekly basis, my favourites list is quite tame. I’d add some Le Labo, I’d add the Oud & Bergamot by Jo Malone and I’d maybe throw in a little bit of Tom Ford’s Soleil Blanc, despite it being out of season, but it’s really not a wild and wicked list.

Anyway, I’ve digressed hugely here; what I wanted to say was that not since Geranium Nefertum have a spritzed a scent and really, really liked it yet here I sit repeatedly sniffing a bottle of Jo Malone’s Poppy & Barley. I’m late to the party, because it was an autumn release, but I’ve never really been one to follow the seasonal “rules” when it comes to beauty and scent. It’s true that I might lean towards perfumes that smell of suntan lotion when the weather warms up, and I’m more likely to use a red lipstick in the winter, but apart from that I have quite the liberal attitude towards what goes where and when. 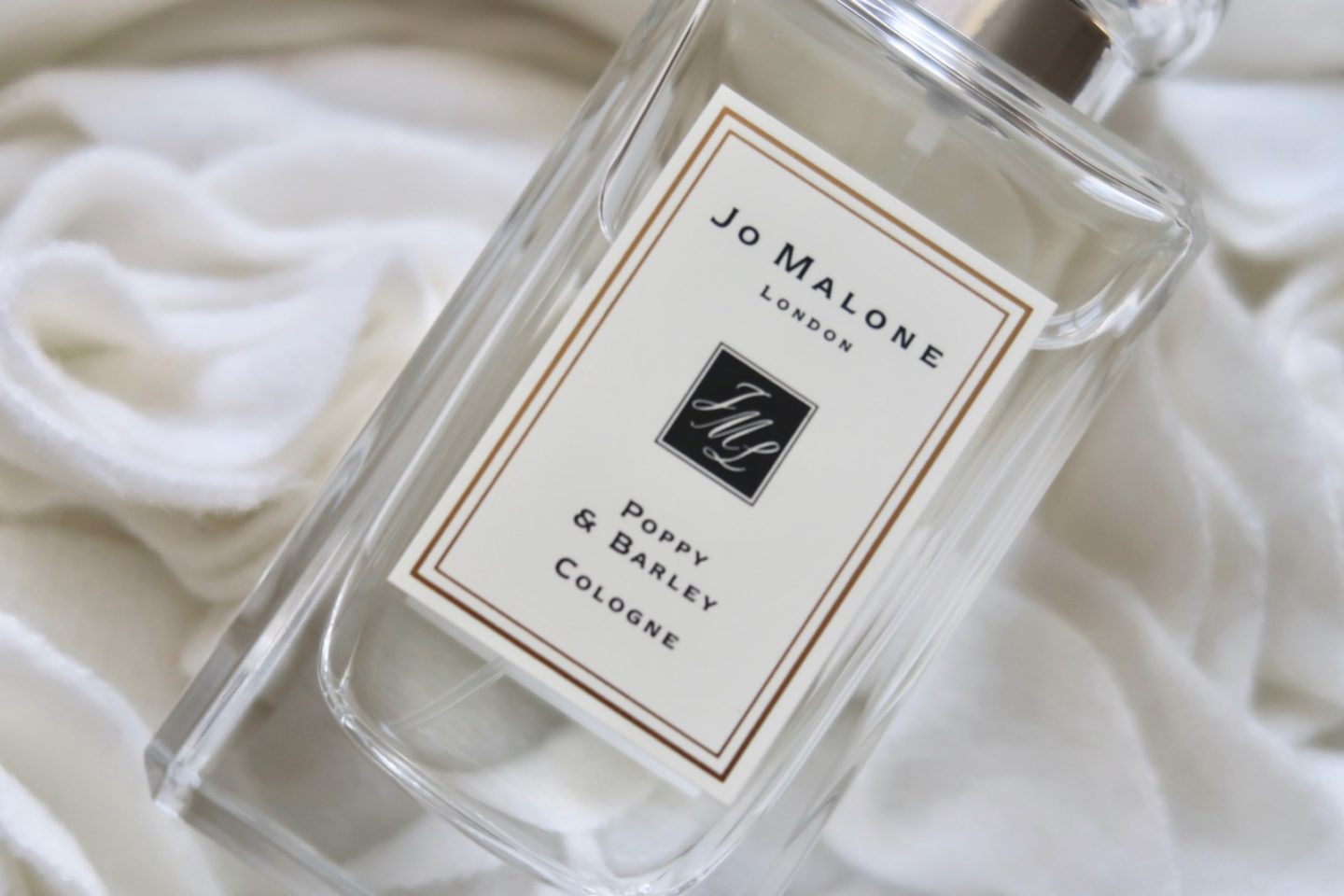 Jo Malone call Poppy & Barley a “lively floral scent, enhanced by rose and violet and topped with juicy blackcurrants” but quite honestly I don’t find any of the individual notes to be that noticeable. And for me, that’s the beauty of it. It just smells full and rich and multi-layered – yes there may be fruits, but it’s not peachy or citrussy or anything that I can put my finger on. There’s some sort of woodier note, there’s a lighter floral (but not at all “pretty”) and there’s a pervading understated sweetness that’s not cloying but still makes itself known.

It’s sort of like if you had to represent “nature” as a perfume, this smell. It’s a posh harvest festival. No nobbly carrots here, parishioners, only send your finest berries and some poppies. Bloody hell – imagine that, a Jo Malone-level harvest festival! Our school harvest festival used to consist of some tins of beans and tuna, formed into a precarious tin pyramid, with old onions and cabbages and carrots scattered around the base. Now and then one of the “good” parents would have donated some satsumas, but the majority of the fruit offering, when I was at primary school, was made up of apples from people’s gardens. Most of them puckered or shot through with wasp holes.

(I realise that makes it sound as though I was in school during the immediate post-war period: it was actually the eighties. I find that any sort of childhood memory I recount now sounds like something from a history book, which is vaguely frightening. I had to explain to someone in their twenties what a record player was, the other day.)

But back to the present day and nice fragrances: if Jo Malone did harvest festival then it would probably smell like Poppy & Barley. I realise that talking about harvest festival isn’t particularly relevant, just as we hit the really cold part of winter, but I’m running with it.