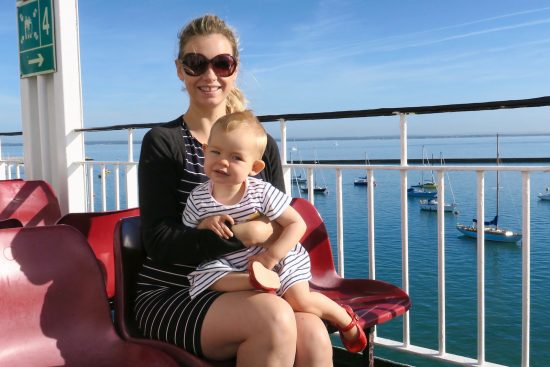 The AMR Family (Me, Mr, Baby, Dog – no Cat) has just returned from an impromptu mini-holiday on the Isle of Wight. Four nights in a slightly damp and musty cottage, two days of sunshine and two of rain. The typical British summer holiday, then, if a little on the short side.

I booked the cottage last weekend when I saw that there was going to be a heatwave. (Apparently. It never materialised.) Now I am obsessed (almost to the point where it’s an ailment) with “making the most of the sunshine”. Many Brits are, I think, simply because we spend so much of the summer feeling shortchanged – either the hot days are thin on the ground, or you get plenty of hot days but they fall on the times when you have a load of deadlines and skiving off is simply not an option. Oh, the steaming hot afternoons I spent in my garden office, staring out at the lawn as it slowly turned into hay, gazing mournfully at the empty deckchair I had so optimistically placed in a south-facing position. Unfortunately it’s borderline impossible to work on a laptop in bright sunshine and so I just watched the summer hazily slip by… 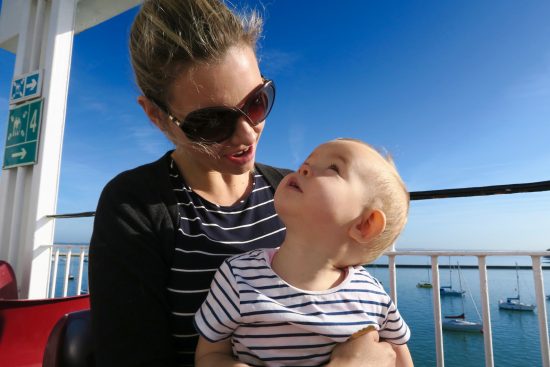 So when I saw the weather forecast (which these days seems to be so inaccurate it wouldn’t surprise me to learn that it was compiled by a layman who simply stands on the roof of his house, holding a windsock in one hand and a barometer in the other, shouting his guesstimations down the phone to someone at the BBC) I immediately started scouring the internet for somewhere to stay. And do you know, almost everything was booked up! I thought we’d have the pick of the bunch, what with the summer holidays over, but apparently it’s an even busier time than the actual holidays! Who knew?

Hence the damp and musty cottage, which had a cooker from the sixties and absolutely no WiFi or phone reception but – I have to hand it to them – a very good garlic press. Many holiday cottages forget the garlic press. This cottage managed to forget to provide tea, coffee, milk, more than one loo roll or a television screen big enough to see without the use of binoculars, but at least they remembered the garlic press! Well worth the £140 a night. (Note the sarcasm.)

Anyway, moan over. I’m back, I’m reasonably well-rested (going on holiday with a baby is nothing like a “normal” holiday) and I’m ready to start the new academic year. (I know I’ve asked this before, but does anyone else still think about the year as though they’re in education, even if they left many moons ago? I still see September as my “new start” month, and July as the time when I draw a line under the previous year’s work. Maybe I should buy myself a homework diary and take up flute lessons.)

Lots – and I mean lots – going on between now and Christmas, so do try to keep up. Most of it involves my baby blog, The Uphill, but there’ll be changes aplenty here on A Model Recommends, too… Up and at ’em!