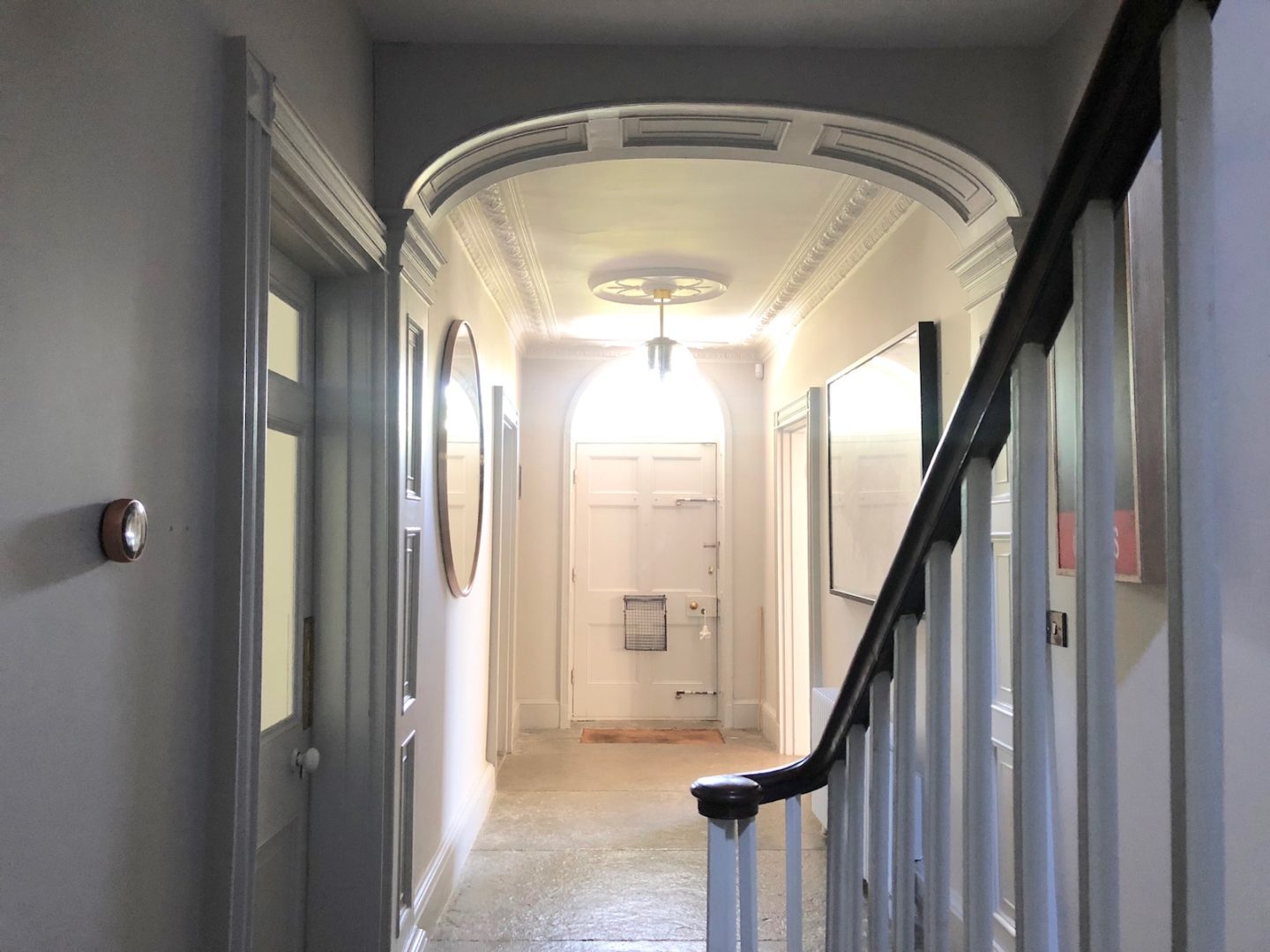 After dilly-dallying about looking at around five million wallpapers for the hallway, I have made the executive decision to have a little practice makeover session using the downstairs loo. What a great place to start! Firstly, it’s small enough that any decorating mistakes won’t be too costly and secondly, it’s not the sort of room that you really care about that much, is it? 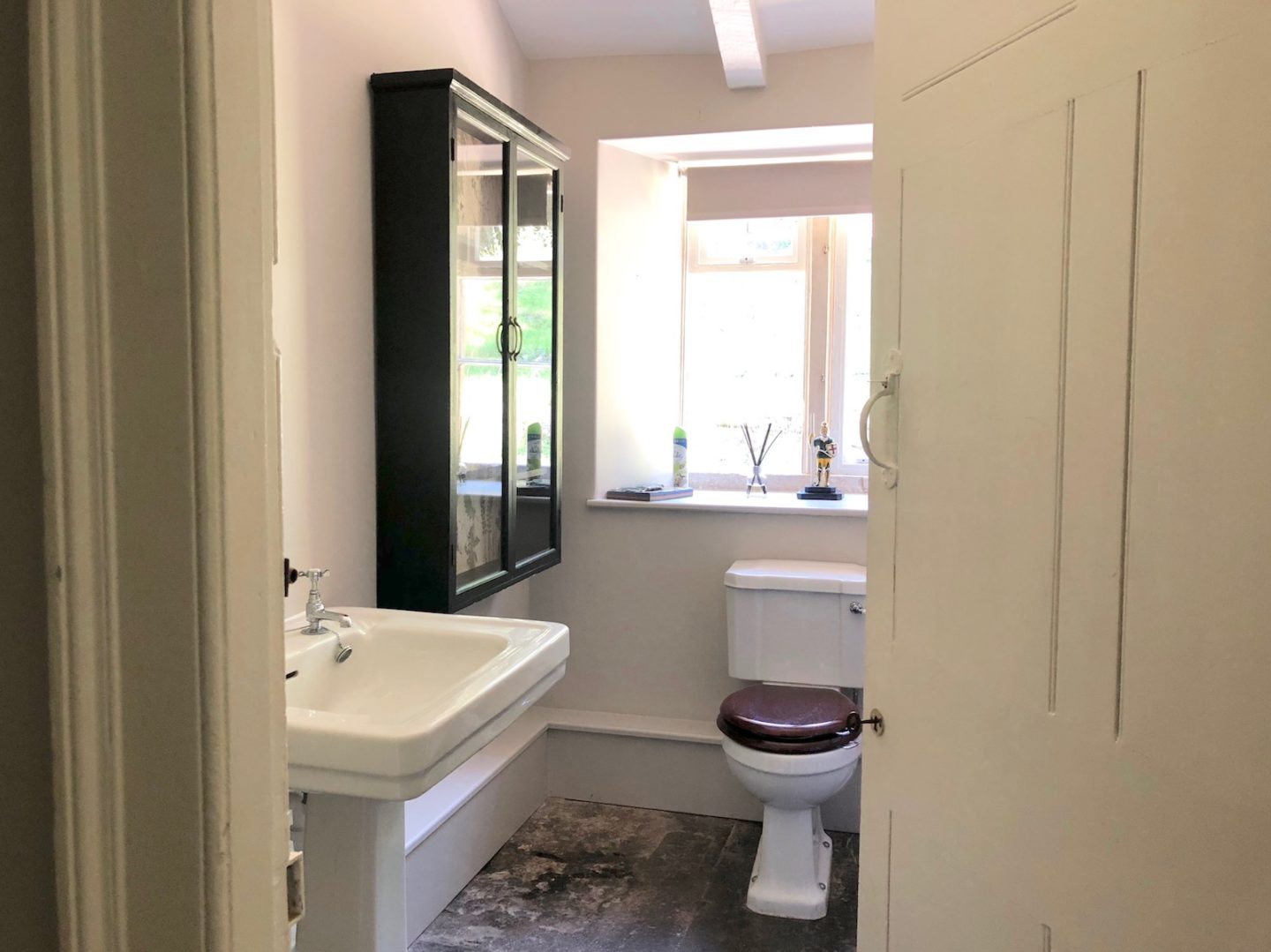 I mean, it’s not as though you spend a lot of time in the downstairs loo, unless you have an upset stomach, or longer-term digestive issues, or you’re a man. (Why does it take men four times as long to do exactly the same bodily function as women? And I’m not just talking about Mr AMR, here, I’m talking about almost every single man I know. What do they do in there for crying out loud?) Answer: 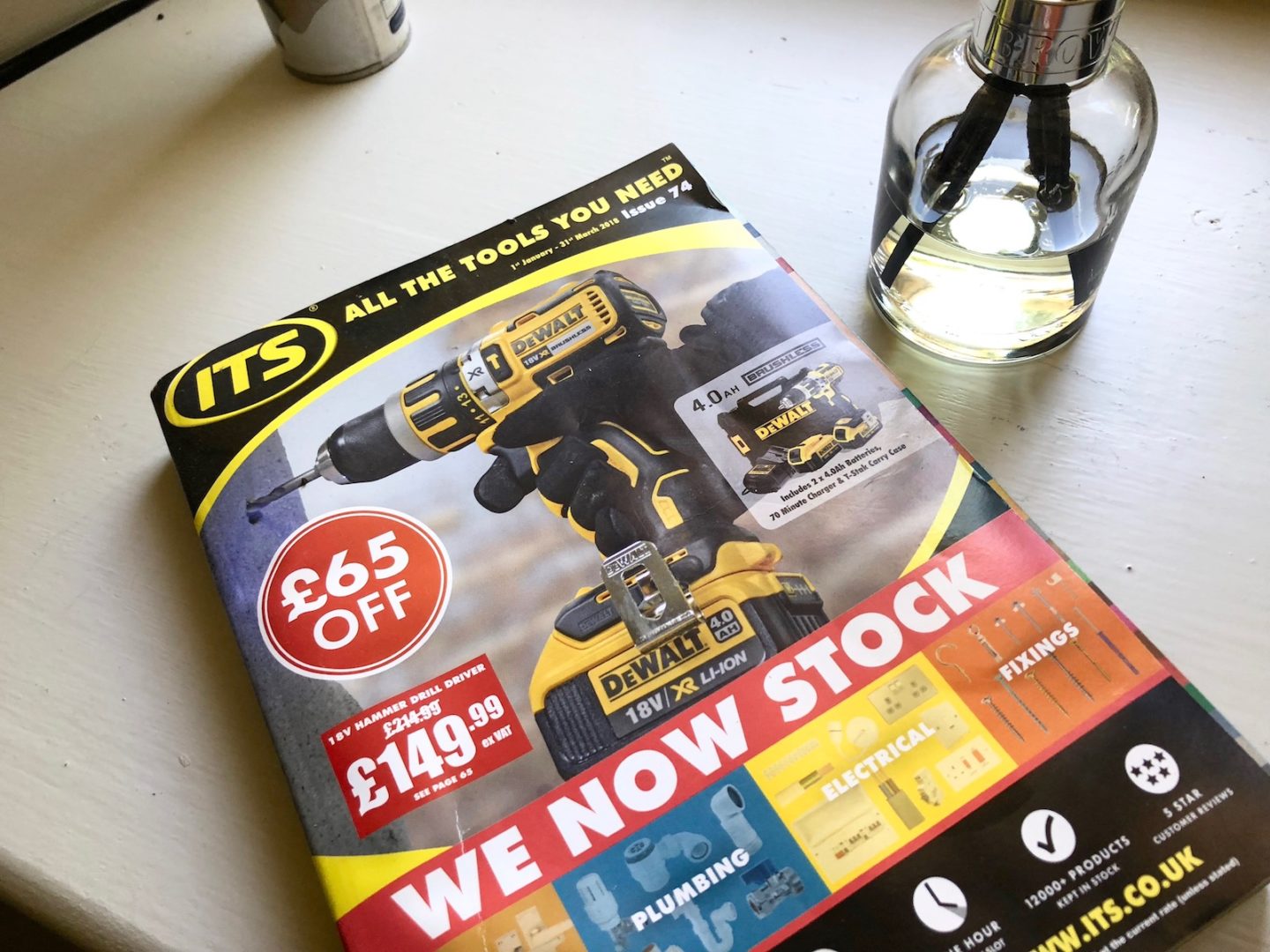 Anyway, I’ve been looking at fancy wallpaper and have a few different websites bookmarked on my laptop. Namely Cole & Son, who are my all-time favourite wallpaper brand (my old house was almost top-to-toe Cole & Son), House of Hackney (they do amazing dramatic prints), Graham & Brown and Timorous Beasties. A new discovery, Hygge & West, also do loads of dark and broody prints that I have my eye on; I’m looking for a very dramatic pattern, you see. Something striking yet sultry, deep yet playful. Energetic.

I was going to take some before photos of the downstairs loo, but Mr AMR was very keen to get my new cabinet onto the wall so that various animals/toddlers didn’t knock it over and smash the glass, so this is a “kind of” before. To be honest, I’ll probably never get around to doing this makeover unless someone forces me to make some decisions, because I’m so tired and despondent at the moment – I can barely be bothered to change my duvet to the summer one let alone decorate! – but I thought that if I posted this up then at least I’d publicly commit myself to making a start. Wallpaper samples, mood boards, that sort of thing. Are you interested in seeing the work in progress? 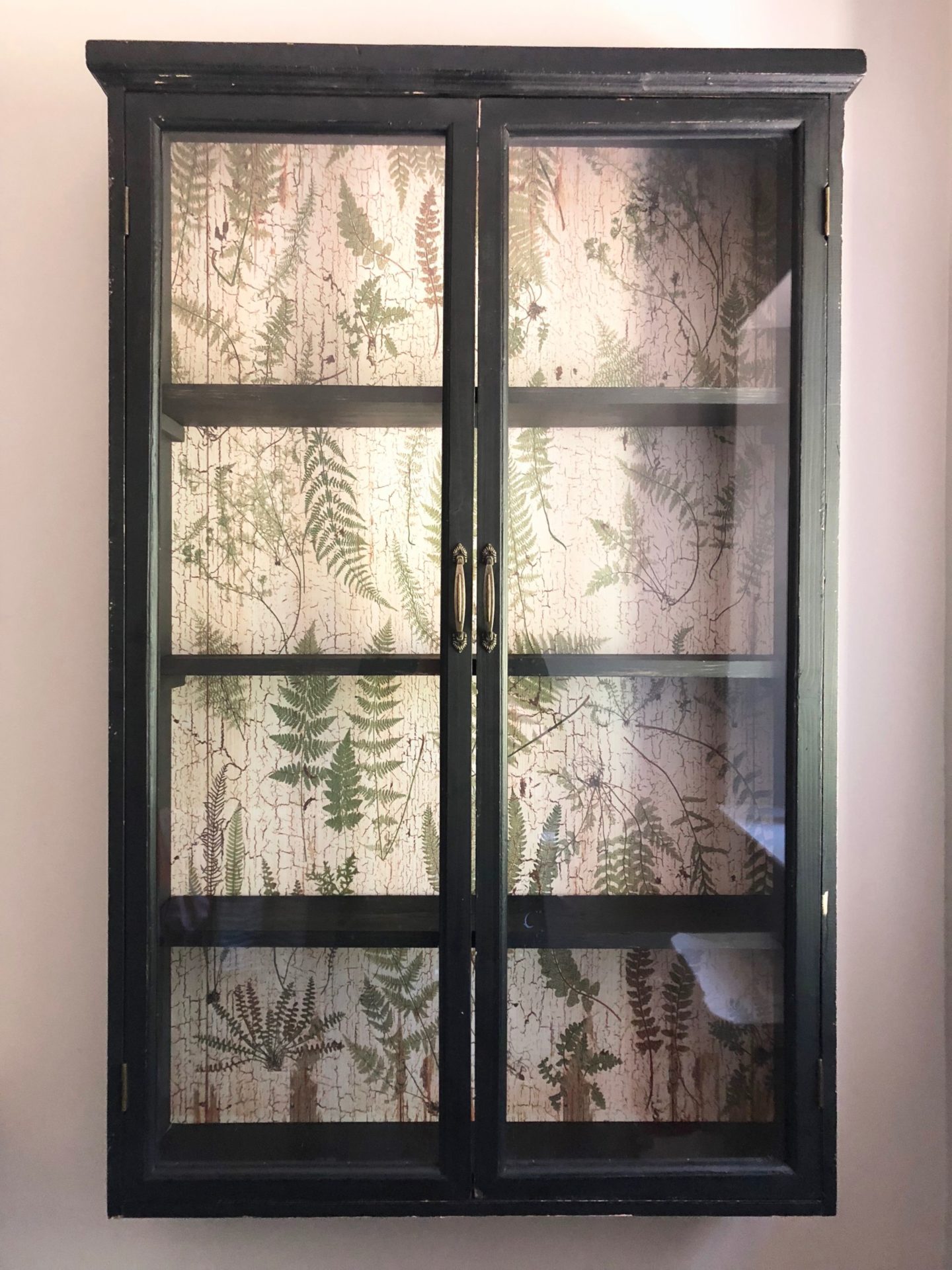 Here’s the cabinet I bought from the Graham & Green warehouse outlet  – I paid £130 for it instead of £325. Because it had no shelves. Which is something of a downer when you’re buying a shelved cabinet, I grant you, but luckily Mr AMR is handy with the saw and he knocked up some shelves and painted them in the same chalky-finish black for the grand sum of around seven pounds. To be clear, that wasn’t his fee for making them, just the cost of the wood and paint. Ha! I can’t afford his hourly rate, so luckily he does my annoying DIY jobs for free. (To be clear again, about the hourly rate, because that sounded dodgy: he’s not a gigolo, he’s a portrait photographer. I’m not even sure if he has an hourly rate, because things tend to take a whole day. I’ve gone off on an extreme tangent here and I don’t know where it might lead.) 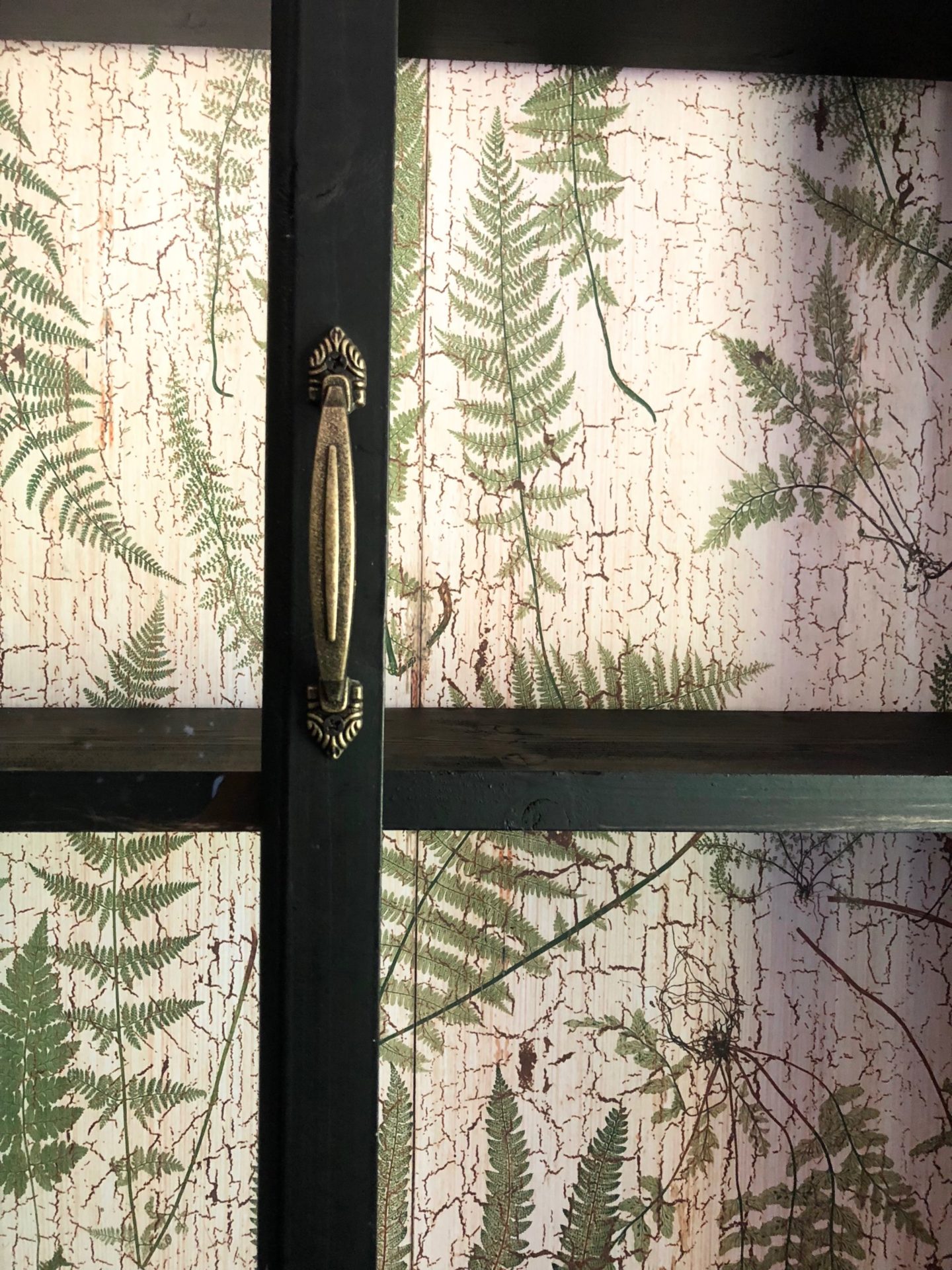 Where was I? Cabinet! Yes. I had been looking for a vintage-style glass-doored cabinet for a few months because as soon as we moved into this house I knew I wanted one for the downstairs loo. To put stuffed sparrows in and weird objects. I jest – I feel as though that era has passed, don’t you? In my modelling hey-dey, all of the big photoshoot locations had this quirky sort of French flea market style with taxidermy displays and bell jars filled with dried roses and moth-eaten chairs with springs boinging out of the seats. It all feels a bit circa 2003 to me now.

Though Mr AMR has just bought some old art deco cinema seats for the entrance hall for the kids to sit on when they come in through the door, so my dream of whitewashed everything contrasted with mid-century cool is fast flying out of the window! 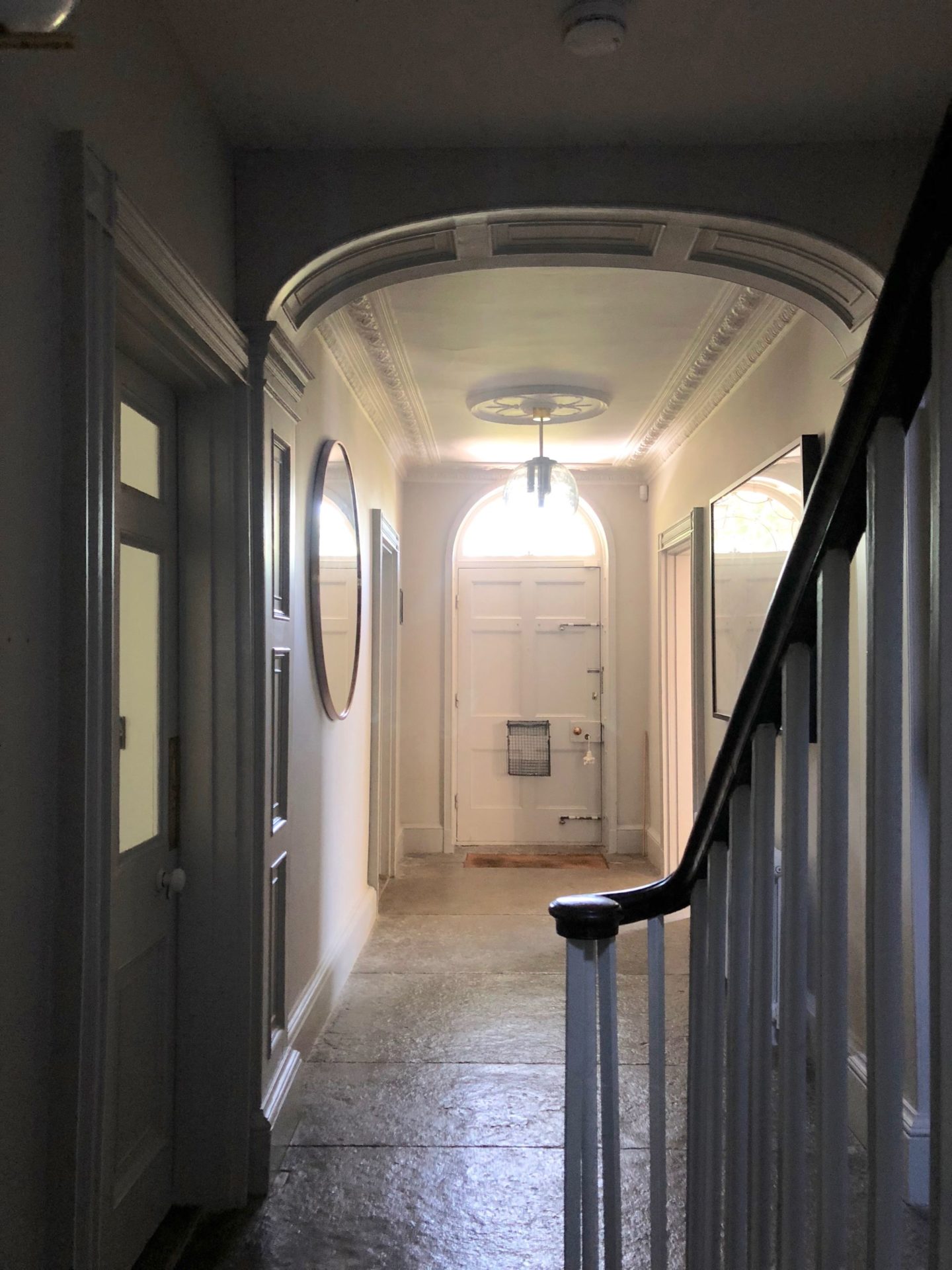 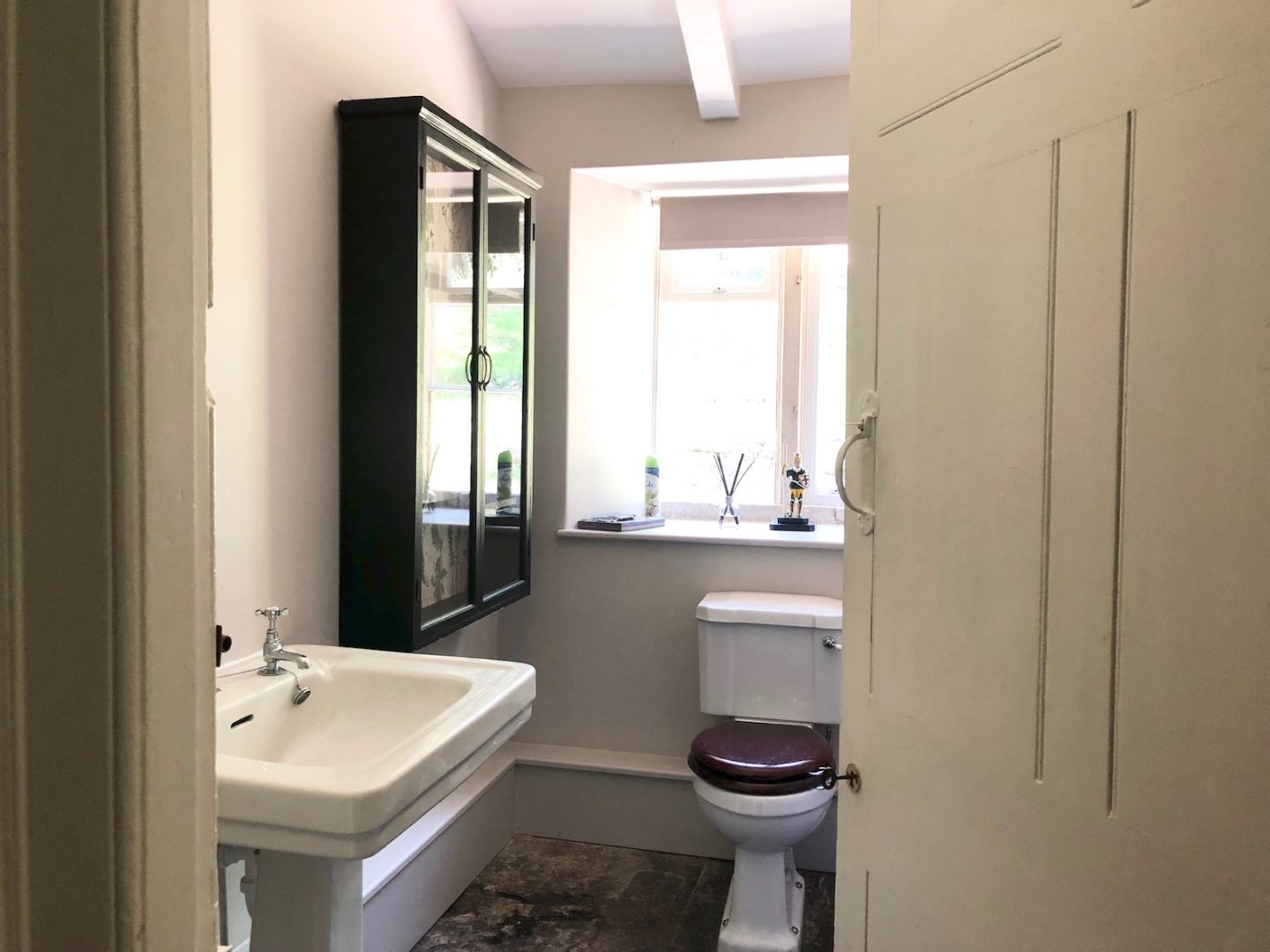 So, cabinet in – just need to fill it with my interesting beauty bottles, apothecary style – and next is the wallpaper. The WC fittings are already satisfactory (sink you could possibly bathe a small hippo in, toilet that has a weird golden handle on the seat and lid, God knows what that’s for) but I need a mirror, lampshade (or OTT chandelier, who knows?), a bit of artwork and some choice paperbacks for all of the men who will no doubt come and sit in there for forty minutes at a time. 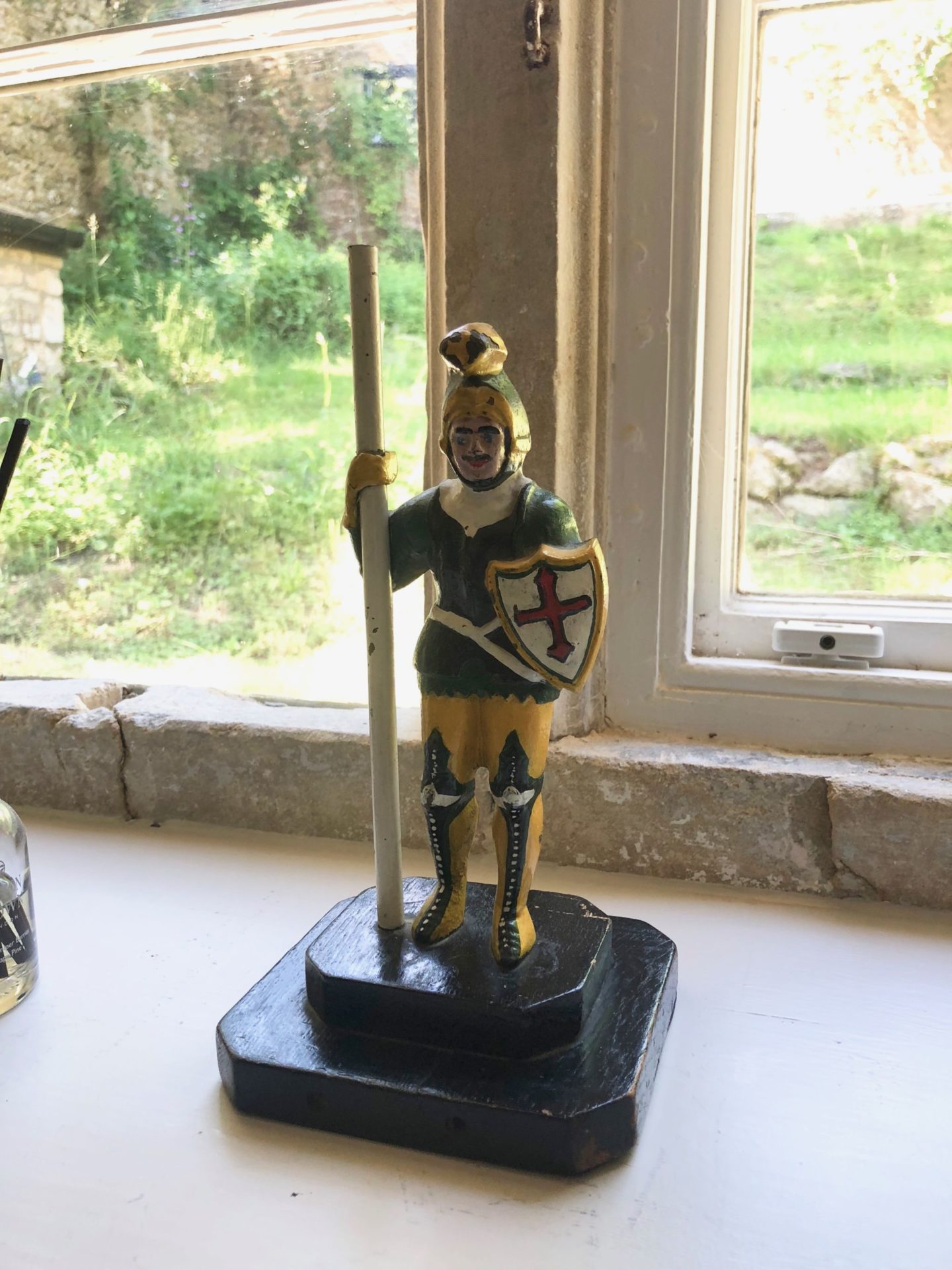 I’ll keep you updated with my progress. Mr AMR’s knight, who has been stationed above the loo in every house we’ve lived in together, is keeping a beady eye on me. I tried to lose him in the latest move but he managed to squirrel himself away in a box of kitchen utensils. (The knight, not Mr AMR.)