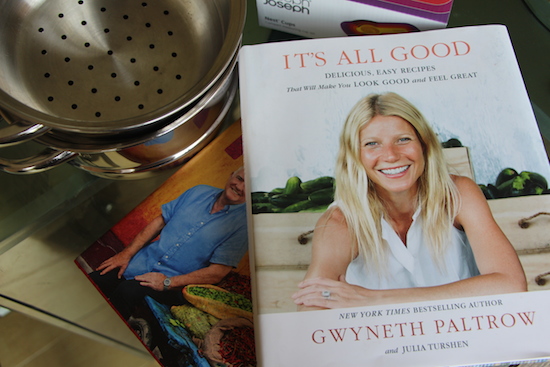 I have to say that, despite Mr AMR’s scepticism, Gwyneth Paltrow’s recipe book, It’s All Good, is rather good. Although some may find the introductory chapter a little off-putting (full of ingredients that might seem unfamiliar or difficult to get hold of), once you get stuck into the recipes themselves, they are mostly quite straightforward. OK, perhaps not mostly straightforward, but for every recipe that requires gluten-free-this or dairy-free-that, there’s another recipe that just requires you to have a quick rummage through your fridge. 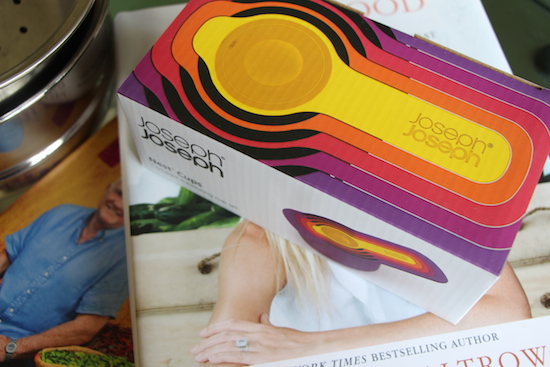 Something that you will definitely need, though, if you don’t have them already: measuring cups. The book uses the U.S. measuring system (cups, 1/2 cups, etc) rather than metric, and although you can sometimes muddle by with guesswork, it’s just simpler all round to get yourself some proper tools. You can get measuring cups for a couple of pounds, but I wanted something bright and I loved the retro styling of these Joseph Joseph ones (£10 at Amazon here). They have the added bonus that I can actually find them amongst the sea of metal utensils and cutlery! 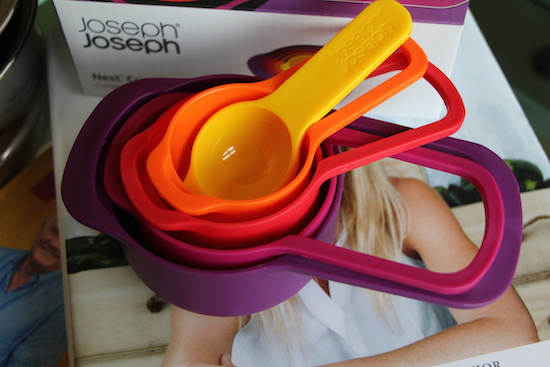 Now that I have my measuring cups, I am setting about the It’s All Good recipes with a renewed sense of fervour. There’s something almost playful about using cups and spoons to measure out your ingredients rather than having to use the weighing scales – it’s certainly less laborious.

I promised that I’d film some of the recipe ideas from this book (and some of the other cookbooks I have) so I’ll get on with that soon. It’s actually very difficult to film cookery videos on your own (you need two or three cameras set up and a spare week to edit the footage!) but when Mr AMR has a moment I’ll pressgang him into helping.

You can find It’s All Good at Amazon here – mine took weeks to arrive as it was out of stock, but I can see now that they have the one day delivery going on, so stocks have obviously been replenished. The recipes in the book are, as I’ve said, a mixture of the sublimely simple and the annoyingly faffy, but it’s great for idea-browsing, especially if you’re trying to cut down on wheat or dairy. There are loads of fresh, colourful salad ideas and some great takeaway alternatives if you like Mexican food – I was quite pleased to see so much spice and chilli involved!