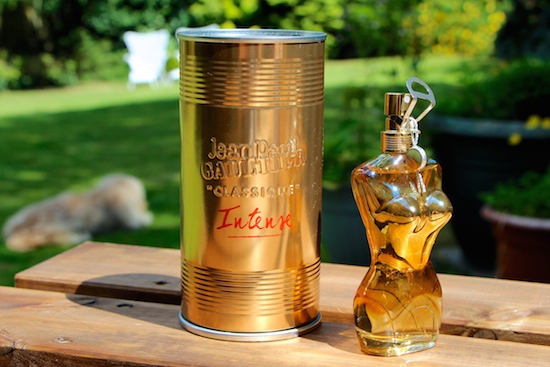 I don’t usually post about things before they’re released but this perfume has stolen my heart. It’s the Classique Intense from Jean Paul Gaultier and it’s due to be launched next month, just in time for those hot, sultry evenings when you want a fragrance that’s heady and exotic and sexy. I don’t actually like the original Classique (though a lot of people must because it’s one of the world’s bestsellers) but the new Intense version? I like it a lot.

In a weird way, it actually smells a bit like the bottle looks; rich and precious and warmly syrupy. It’s a bit like Lancome’s La Vie Est Belle in that it chucks everything its got at you at once – floral, gourmande, oriental – but it’s definitely a bit more deep and sultry. I see this as an evening perfume – I find it a little too overpowering for the daytime – and so far, feedback has been good. In that I’ve had comments along the lines of “what’s that you’re wearing?” – and they weren’t referring to the fact that I was outside of my house wearing aztec-print tracksuit trousers and a jumper the colour of Pepto Bismol, either. Hurray!

No, these people are undoubtedly intoxicated by the drowsy hit of orange blossom and the sharpness of the pomegranate and the warm, fuzzy blanket of vanilla and patchouli that underpins Classique Intense. It’s quite the olfactory bombardment, this fragrance, and usually I steer clear of these bold, brashy numbers, but this time I’m hooked. 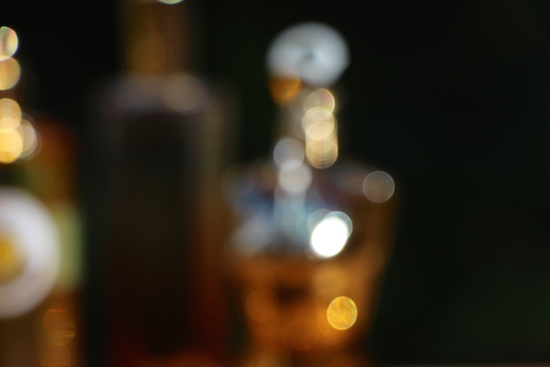 The fragrance has been created by Francis Kurkdjian, the 45 year old French-Armenian super-perfumer who has created some of the finest scents on the planet, both under his own name and for other houses and brands. He created Le Male for Gaultier in 1995, Elizabeth Arden’s Green Tea in 1999, Carven’s Le Parfum in 2013 and a massive list of fragrances in between. The man is a scent-making machine! Of his Maison Francis Kurkdjian perfumes, I am currently a little bit bowled over by Lumiere Noir, a scent so utterly sexy and dark that I can’t quite find the words to properly describe it. It’s deep and spicy and a bit like how I imagine it would be if you encountered James Bond in the middle of the night if you were in Barbados and it was steamy and you had some kind of La Perla negligee on, and you’d had a few rums and he’d had a bad day at the office, etc etc. Anyway, I’ll give that some thought and come back to you – it’s quite difficult describing scents, sometimes. 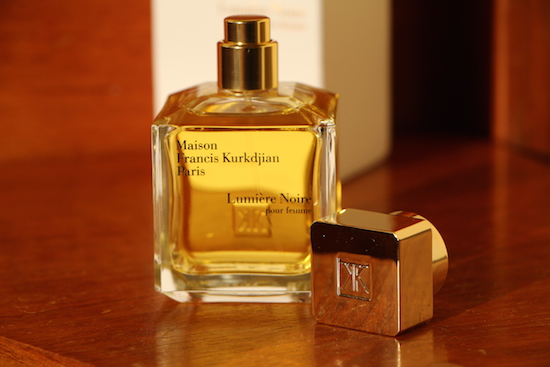 When Jean Paul Gaultier’s Classique Intense launches next month I’ll most definitely give you a nudge; it’s an exciting one for long-time wearers of the original version, but also for people who couldn’t stand the original version. Apparently, 40% of the new perfume is the old perfume (keep up) and 60% is the new perfume. So if you’ve always hankered after a Gaultier lady-bust bottle but hated the scent inside, your prayers might finally have been answered! This is the after-hours version, the one that takes no prisoners – and I, for one, much prefer it.

Classique Intense launches in July 2014 – if you want to take a look at Kurkdjian’s Lumiere Noir then you can find it at John Lewis here.