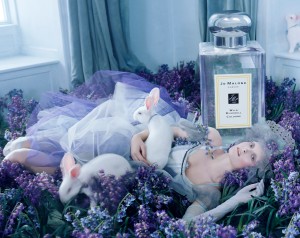 Jo Malone recently released a new range – Wild Bluebell – which includes a cologne, a home candle and a body wash and crème. It’s a pretty unusual fragrance, but one that I have been dousing myself in on a daily basis nonetheless. This seems to be my preferred testing method, these days: douse, douse and douse again until some kind of opinion forms itself inside my brain. Of course, I know almost immediately if I absolutely adore or hate something, but there are also things (scents especially) that take a little time to establish themselves. (I think that the usual phrase used is that something “grows on you” but I have issues with this, especially since I read about a particularly nasty type of fungal infection in my copy of Ailments: The Omnibus or something similarly titled.)

I digress. Wild Bluebell is fast becoming one of my favourite daytime scents – it’s very light and frivolous, but that’s perfect for when I just want to feel nice and fresh. It’s a very clean scent – I think that it smells a little bit soapy, a bit powdery, like something that has been snatched from a vintage dressing table! I can imagine that it will be a firm fixture at weddings next summer – it’s light-hearted yet modern, not ‘grown-up’ in the slightest, but not sickly-sweet either. A very interesting offering! 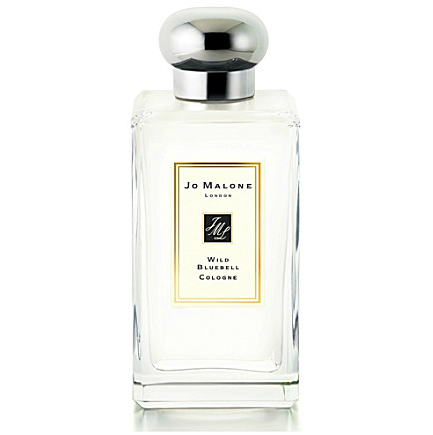 But don’t take my word for it – have a try when you next pass a tester. It also smells great layered with other Jo Malone fragrances, but I think the woman in Selfridges thought that I was utterly bonkers when I stood there spritzing half of the shop over myself, so I don’t have any useful recommendations as to which fragrances to layer it with! Suggestions can be submitted below.