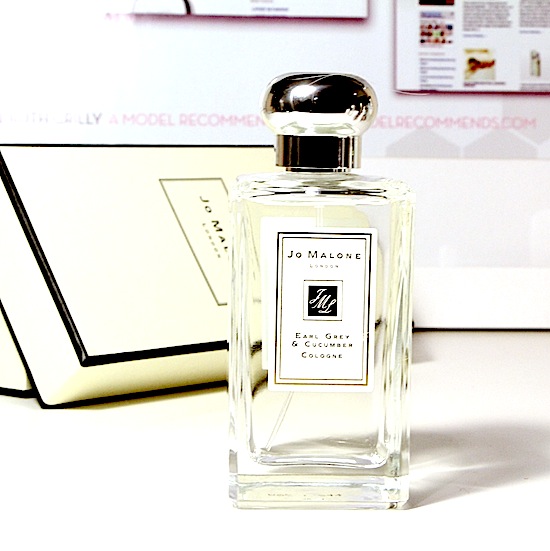 Of course, Jo Malone’s newest fragrance isn’t actually called Cricket Pavilion & Spritzer, but I’d like it to be! For me, it’s a lazy summer evening in a bottle – if you could imagine that perfect English village (that probably doesn’t even exist anymore) then this would be it in a bottle. The well-kept village green with freshly-cut grass, the burble of conversation from the cricket club – ladies in white dresses and cashmere shawls sipping on white wine spritzers.

Jo Malone’s Earl Grey & Cucumber Cologne is about as fresh and sparkly as they come. I’d say that it’s much more of a late-spring early-summer fragrance than one for winter, though I have been wearing it for the last week or so and, really, who cares? I’m all for wearing what you want, when you want, so long as it suits your mood and makes you feel good. I’ve had numerous comments about the Earl Grey & Cucumber – many from men who fancied it as a scent for themselves. Interesting! I suppose it does have quite a musky little undertone and I can see that the musk with the bergamot would be appealing to men.

For me, it’s very lemony and green but gets a little more sultry over time. It’s light and flippant rather than heavy and sensual but it’s quite interesting layered over the Velvet Rose & Oud (one of my all-time favourite scents). Layering Jo Malone fragrances is one of my new guilty pleasures – I can often be found clarting about with various sprays when I should be doing proper things like accounts and email-answering.

You can get Jo Malone’s Earl Grey & Cucumber Cologne at Selfridges.com – it’s £38 for 30ml.