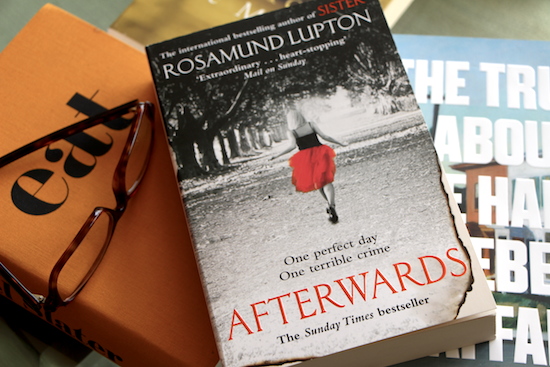 Does anybody else find themselves weeping uncontrollably when they read or watch sad things on a plane? Something odd happens to me as soon as a plane takes off; I begin to think terrible, morbid thoughts, for a start, but then I manage to banish those from my mind and other things start creeping in. Overly sentimental, totally imagined, ridiculously nostalgic crap. My head becomes a slideshow of soft focus family photographs, poignant memories and pictures of lonely orphans with rags in their hands; it’s like my brain can’t help but make me as sad as it possibly can.

And it’s not just me that gets that way; according to a Reuters article from 2011, 41% of men on Virgin Atlantic’s Facebook page had admitted to hiding their tears from other passengers by burying their face in their blankets! (So that’s what Mr AMR was doing.) I’ve actually sat in my seat having a full-on weeping session before, and I think I was only watching a Pixar movie…

Anyway. I’m dithering here. What I wanted to say was: if you are prone to emotion on aeroplanes then DO NOT READ “AFTERWARDS” BY ROSAMUND LUPTON while you are flying. I was in absolute pieces. When I looked around me, there were at least two very concerned faces, and it was a Ryanair flight, too, where nobody is ever concerned about anything once they have made it onto the plane. They’ve managed to board with TWO pieces of luggage, one of which is 4kg overweight and the other measures 5cm too much in height – they have absolutely no concerns in the world whatsoever. Passenger One: Ryanair Nil. Get in.

I wrote about Lupton’s first novel, Sisters, a few months ago. I liked it, found it gripping, but the annoying, “and it was all a dream”-style ending irked me. So did the second person point-of-view – there’s nothing more irritating than a second person point-of-view. “You went down the stairs and then you cried when you saw the letter on the doormat.” DID I? DID I CRY? I don’t think I did, mate! (That’s my constant little interior monologue going on whenever I read something in the second person.) Well guess what I didn’t like about Afterwards? Yep – the ending and the narrative point-of-view. I don’t know whether this “pov” is going to be a Lupton trademark – I hope not, because I find her novels to be absolutely un-put-downable – but I just can’t get on with the “you” thing. It does my head in. (Can you tell that I’m writing this whilst on a plane? It’s far more emotional than usual, isn’t it? I will probably cry in a few seconds’ time.)

Afterwards follows the thoughts of a mother who is in a coma, trying to find the person who has tried to kill her daughter – also in a coma. (See where the tears come in?) There are loads of twists and turns – it’s a proper thriller crime whodunnit kind of book – and you feel so rawly for the mother that it makes your heart ache. Or that could be because I’m on a plane… It all wraps up a little too conveniently for me, but only just. It’s all skilfully done and the cast in the near-murder mystery are brilliantly drawn; I suppose I’d have liked the delicious tension to have been drawn out a little longer.

Once again, I can’t wait for Lupton’s next novel – she definitely has the knack when it comes to putting together a page-turner. I’ve polished this one off during two four hour flights – it’s the perfect holiday read, if you’re looking for something dark and feisty. Afterwards is £3.86 from Amazon.co.uk