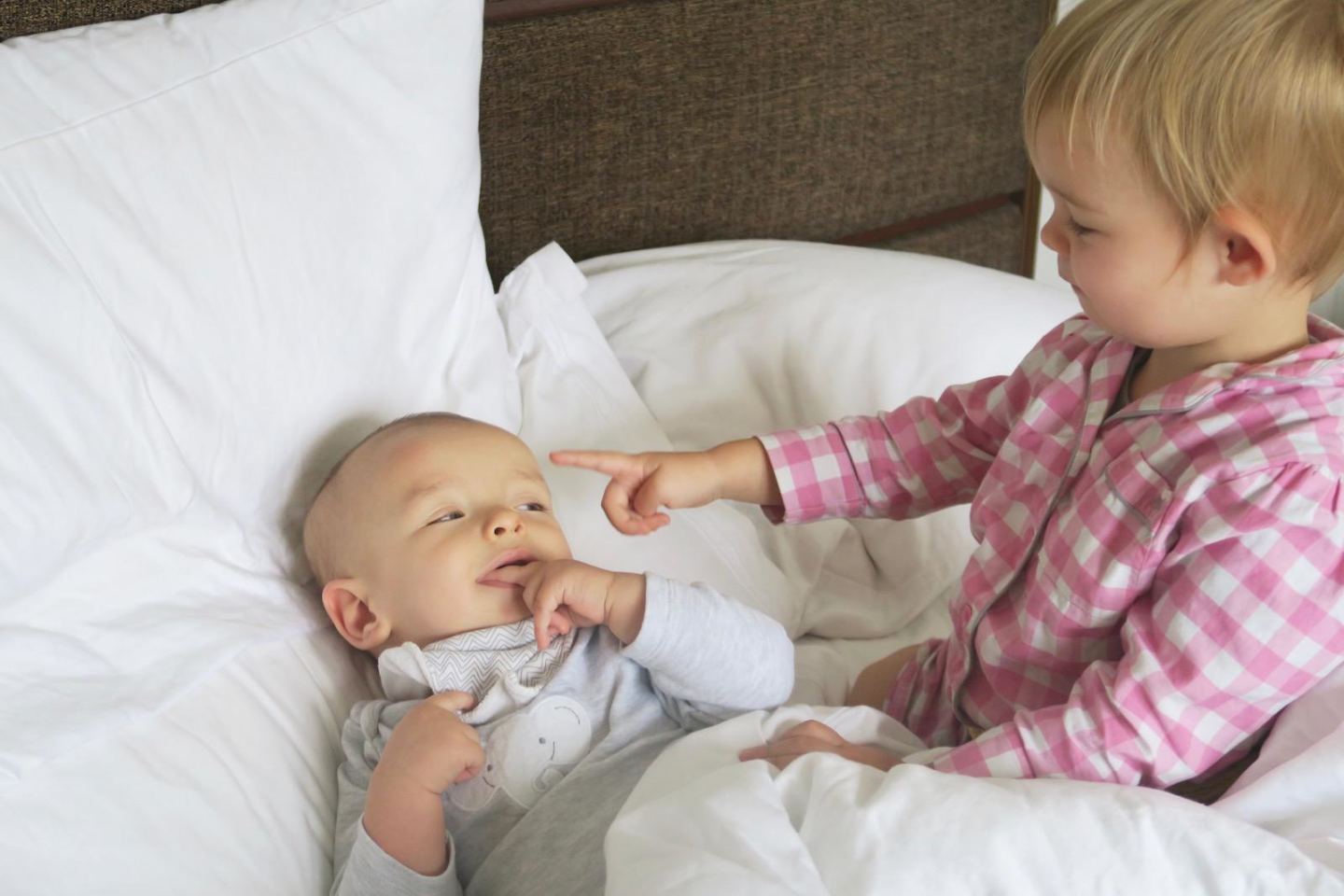 I’m having just a little bit of a wobble about Ted’s continued night-wakings and the fact that we can’t seem to break the cycle. We’ve tried formula, a bit of controlled crying, we’ve tried going in and not feeding him, we’ve tried feeding him on every little whim… I think (know) that the problem lies with the fact that we haven’t committed to a single method but I’m still scared that his crying will wake up Angelica/the neighbours, as well as the fact that I simply can’t handle loud screech-crying in the middle of the night.

I keep comforting myself with the idea that this is simply history repeating itself; reading back through Angelica’s 8, 9 and 10 month updates reminded me that she did exactly the same thing until she was around nine months old. Woke every two or three hours for a small comfort feed and then went straight back to sleep. Or sometimes didn’t. I gather from reading back that it was definitely an issue, I just don’t think it was as disruptive because there were no other stresses (trying to find a house to buy, living in a rented house, etc) and only one baby to think about. I’m pretty sure I remember feeling like a total zombie, and that the night wakings were far worse than when she was a newborn, but then all of a sudden she started to sleep through.

So I think that I am constantly hanging on for that moment – maybe tonight will be the night – but not sure whether it’s a risky strategy. (I’m in the sort of severely-sleep-deprived state that means I shouldn’t operate heavy machinery, make big decisions or do any online shopping.) On the one hand, it’s quite possible that he will follow suit, but on the other hand, he’s a different person and it’s likely he’ll do something totally different. Which has me in this terrible pickle: do I make very strong moves to nip this in the bud now, or do I wait it out?

Rhetorical question, obviously, because nobody can decide that other than me (though do feel free as always to share your experiences and anecdotes, I love reading through the comments in the middle of the night!)  but it plays on my mind constantly. The thing is, I’d be more than happy to have struggled through these difficult weeks (months? I’ve lost track!) if I knew that Ted would sleep through like Angelica has since she turned 9 months. A solid twelve hours every night, no waking. The absolute dream. So if I knew that she was so good at sleeping now because I just let her do her own thing without any real intervention, accommodating her night feeds and not doing any so-called “sleep training” then I would feel more sure about battling through with Ted.

But it’s perfectly possible that I just got lucky! And on that note, I know people who did sleep training (or followed a “method”) and had their babies sleeping through from three months, but then have had problems from a year onwards, or two years onwards, with multiple night wakings. And then there are the parents who didn’t follow any sort of routine, Mums who breastfed on demand, and the little ones slept through from quite early on. So is there a method to the madness, or is it just luck?

I’m rambling because I’m so bloody tired, but I like to jot these things down on paper (you know what I mean) so that I can look them up again. Because I honestly can’t remember whether I’ve put a bra on, most days, let alone intricate details of my childrens’ development. I’ve actually found it quite comforting reading back over Angelica’s updates and seeing the same issues arise – though that puts paid to the whole “second baby, more experienced” thing! I obviously haven’t learnt from my mistakes, if they were indeed mistakes…

Angelica at the age Ted is now (nine months this week) was almost identical in her development and behaviour, though Ted had his teeth much earlier. Angelica at 9 months wasn’t partial to a daytime nap either (it had to virtually be forced and took hours to achieve) and she also woke frequently for little feeds throughout the night, with very little in the way of milk intake during the day. But then, like I said, a good sleeper now and still has a two hour nap during the day.

I’ve lost my thread with this post, now, so I’m off to eat a Mint Magnum (the one thing that keeps me going – 9pm treat!) and watch an hour of Netflix before “bed”. Wish me luck – I wonder whether Ted will suddenly start sleeping through now that I’ve written this? I usually manage to jinx myself one way or another whenever I commit things to the internet, so maybe it’ll work in the reverse?!

UPDATE: I couldn’t leave it like that, so I have noted down a little Action Plan to remind me of things I need to do this week in the effort to reclaim some of my sleep.